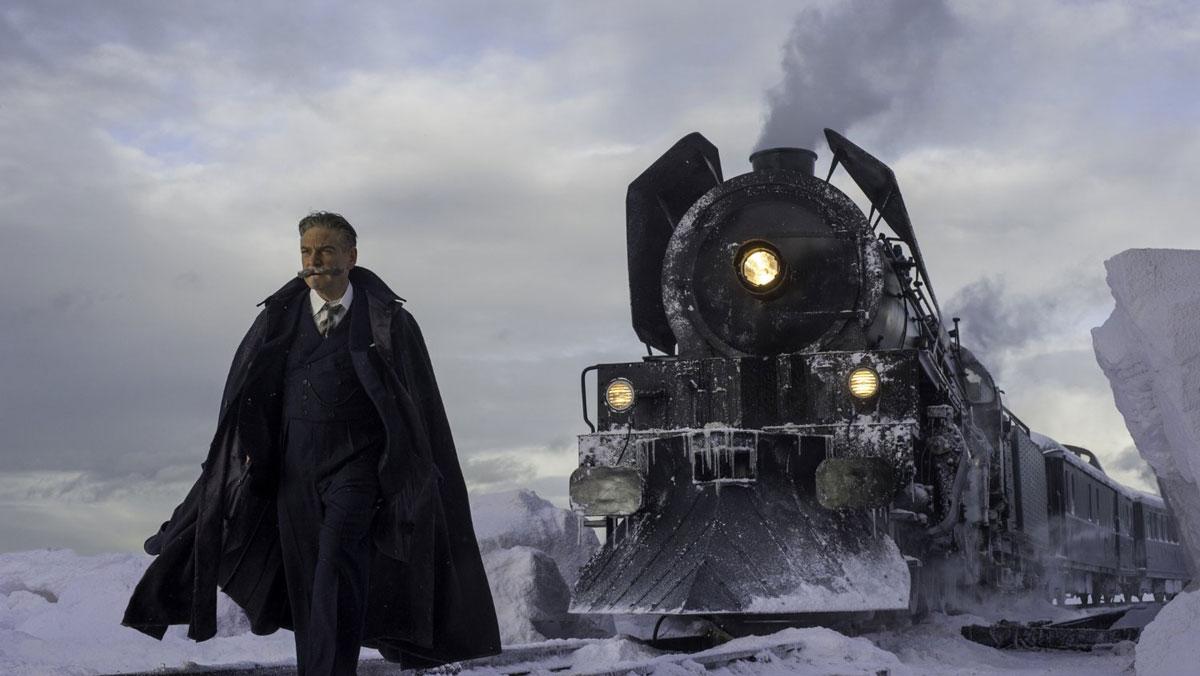 Twentieth Century Fox
“Murder on the Orient Express” is the fourth adaptation of the classic Agatha Christie mystery of the same name. The star-studded cast includes Kenneth Branaugh as master detective Hercule Poirot and Johnny Depp as duplicitous ganster, Edward Ratchett. Ratchett is murdered aboard the Orient Express and it’s up to Hercule to narrow down the list of subjects and find the killer.
By Antonio Ferme — Staff Writer
Published: November 14, 2017

Murder on the Orient Express

“Murder on the Orient Express” starts off with an exhilarating scene in the city of Jerusalem, where an important relic has been stolen. Hercule Poirot (Kenneth Branagh) is put on the case to find the criminal. From there, a theatrical spectacle unfolds as Poirot reveals a thief to the crowd. Poirot anticipates the criminal’s escape, predicting his every movement, and stops him with little effort. The movie quickly demonstrates that Poirot is not just the greatest detective alive, but he’s the one aspect that keeps this cinematic train from derailing.

“Murder on the Orient Express” is based on the 1934 novel by Agatha Christie, but it’s not the first time Christie’s novel has been translated to the big screen. In fact, this is the fourth live-action adaptation, following the 1974 film starring Albert Finney, a 2001 TV movie and an episode of “Agatha Christie’s Poirot” released in 2010. It could be argued that this film does not live up to the standard set by the 1974 version. On its own, however, this film has a lot going for it.

The central mystery is set aboard a transcontinental train and revolves around the murder of a criminal named Samuel Ratchett (Johnny Depp). Samuel was stabbed a dozen times in his sleep, and Poirot volunteers to find the murderer.

Every time Poirot is on screen, it is evident that Branagh is having a ball with the eccentric nature and colorful personality of Poirot’s character. Branagh may turn in a captivating performance in “Murder on the Orient Express,” but he is clearly a bit too confident in his work and has placed himself on a pedestal. As a result, the rest of the cast is not given time to shine and is certainly not as memorable.

With such a stunning cast, the viewer would expect each character to shine as bright as Branagh’s Poirot, but they don’t. The story tries to focus on too many characters at once, which results in the audience’s not being invested in any individual character’s story or the murder mystery in general.

20th Century Fox didn’t hold back on gathering a star-studded cast. The movie’s supporting cast includes Michelle Pfeiffer, Penelope Cruz, Daisy Ridley, Josh Gad, Leslie Odom Jr., Willem Dafoe, Judi Dench, Olivia Colman and Lucy Boynton. They all play suspects in the film, and no one is who they appear to be as Poirot begins to unravel the case. Besides some standout performances from Pfeiffer and Gad, these actors and actresses aren’t used to their full potential. The failings of “Orient Express” are similar to “Kong: Skull Island” and “Kingsman: The Golden Circle,” which have A-list casts but bland characters.

The main problem with this film is that there is too much exposition. While some scenes, such as the beginning and the climax, are fast-paced and thrilling, the middle of the film is uneven and dragging. There are moments that will leave the audience thinking, “Can we just get to the point already?” The worst part is that the ties between all of the passengers are made a lot more complex than they need to be, and the lackluster characterization hurts the film as a whole.

Besides Branagh’s performance as Poirot, the best part of this film is the cinematography. This is one of the few films in recent decades to use 65mm cameras, and it certainly pays off. “Murder on the Orient Express” has some of the most stunning visuals seen this year. There are some amazing shots that capture the beautiful landscapes the Orient Express passes through. Branagh showed off his intricate direction with a mix of lavishing and stylish camera angles. When Branagh includes an overhead shot or shoots a scene from the train’s exterior looking through a window, it makes the viewer feel like they are walking down the claustrophobic halls of the train.
“Murder on the Orient Express” won’t break box office records or send critics reeling, but a simple, entertaining watch isn’t something to complain about. Branagh’s involvement both in the director’s chair and as the star is what keeps this movie from becoming another stale Hollywood reboot that disrespects its source material. His performance as Poirot is spot-on, and the way this story is told on a visual level is stunning, even though some of his flashy stylistic choices don’t land. The film successfully retells one of the most famous mysteries for a new generation, even if the viewer nods off a few times during the ride.