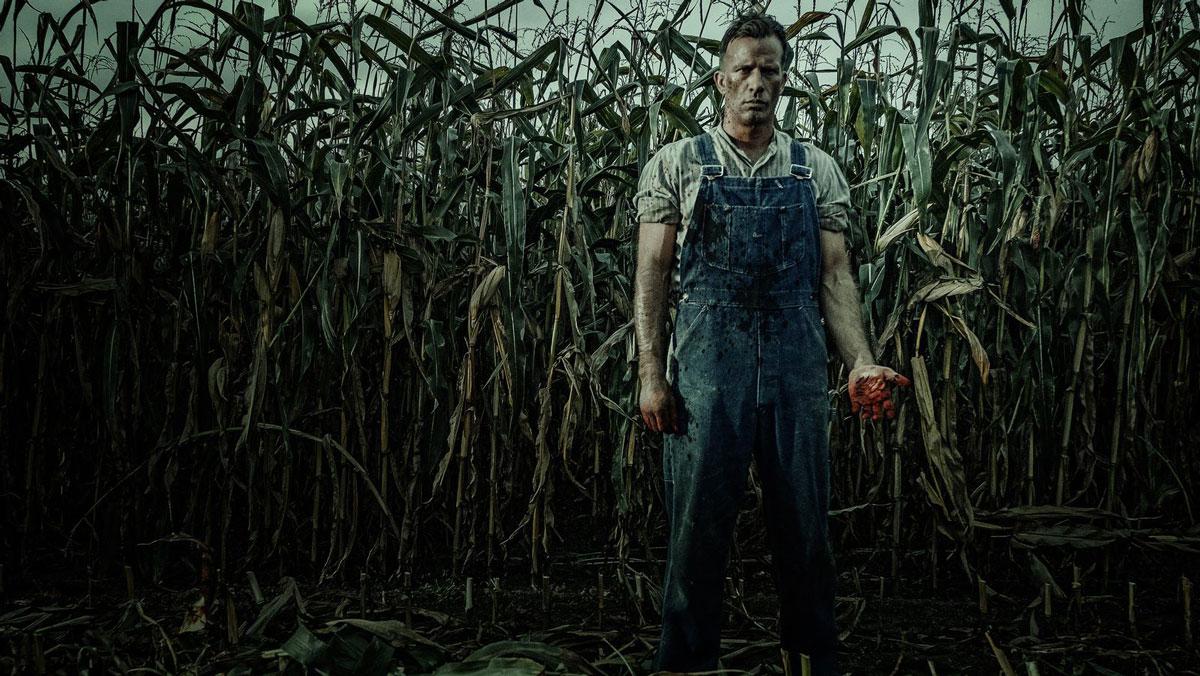 Netflix
“1922” is based on the Stephen King novella from his collection “Full Dark No Stars.” The film follows Wilfred James (Thomas Jane) who murders his wife, Arlette (Molly Parker), with the help of their son, Henry (Dylan Schmid).
By Colin Tessier — Staff Writer
Published: October 31, 2017

The bloody and broken corpse of Arlette James (Molly Parker) lays sprawled at the bottom of a well. Her husband, Wilfred (Thomas Jane), watches while rats swarm around her. A loud crack breaks the chorus of the rats’ squealing. Arlette’s jaw unnaturally shifts, and a long, ashy gray rat tail pokes out of her mouth. The rat slowly emerges and crawls up her face, using Arlette’s lips as footholds. In this moment, director Zak Hilditch shows that while “1922” is not a traditional horror movie, it will still leave viewers disturbed through its macabre imagery.

“1922” tells the story of the James family’s downfall and the extensive consequences of their violent actions. The film begins with Wilfred writing his confession for his crimes. The plot is delivered through extensive flashbacks while Wilfred reflects on his actions through the letter. When Arlette inherits 100 acres of her father’s farmland, she and Wilfred clash over what to do with it. After failing to convince her to keep the land, Wilfred reaches the conclusion that killing Arlette is the only way that he can triumph. Wilfred manipulates his son, Henry (Dylan Schmid), into helping him execute this murderous plot. They kill Arlette and successfully cover up their crime. The rest of the movie analyzes the dreadful repercussions of their sin.

One highlight of the film is Henry’s corruption. At the beginning of the movie, he is a kind young man that loves his parents dearly. Henry falls in love with his neighbor Shannon Cotterie (Kaitlyn Bernard), which furthers his characterization as a typical teenager. While Wilfred attempts to convince Henry to kill his mother, the boy repeatedly resists his father’s deceit. However, Wilfred ultimately gets his claws into his son. Henry is blinded by his Christian faith and his love for Shannon, and Wilfred is able to use that loyalty to draw Henry into his scheme. The debasement of these two typically pure feelings makes Henry’s deterioration even more tragic — his chance for a normal childhood is stripped away from him by his father’s greed. Henry’s virtue makes him a sympathetic character — despite his troubled home situation, he still loves both of his parents to the end. This devotion is emblematic of the strength of a child’s love for their parents, even in dark times. Henry’s fall from grace is especially illustrated in the murder of his mother. As he prepares to hold a bag over her head, he cries and shakily whispers “Goodbye, mama.” Once she is dead, Henry looks at the body. He stands there, struggling to breathe, as his innocence drains out of him. Wilfred’s perversion of Henry makes the viewer sympathize with Henry, which strengthens the impact of the downfall of Wilfred and Henry.

While Hilditch thoroughly explores the aftermath of Arlette’s murder, the motivations for Wilfred and Henry’s actions feel underdeveloped. Wilfred says that he grew to hate his wife, but he does not elaborate on his reasoning. The beginning of the film focuses on the conflict over land, and this seems like the driving factor for Wilfred’s decision to murder Arlette. It is a stretch to say that an otherwise normal man would kill his wife for a plot of land. Although Wilfred takes advantage of Henry’s naivety, the boy’s motives are also insufficient. Would a boy really kill his mother because she planned to make him move to the city? Wilfred and Henry’s reasoning should have been examined more in-depth so their plot to murder Arlette felt more realistic. Instead, their meager motives detract from the effectiveness of their internal conflicts as they deliberate killing her. As a result, the murder itself feels contrived, which harms its impact on the larger story.

For the most part, “1922” is grounded in reality. However, the film includes some supernatural aspects. Hilditch subtly discusses religion throughout the movie, as he suggests that God is punishing Wilfred for his sins. Wilfred believes that Satan rewards him for killing Arlette by giving him a prosperous harvest season. Subsequently, Wilfred’s beliefs are validated by the plethora of misfortunes that befall him and those close to him. The religious undertones of the film give the plot more depth. “1922” isn’t a simple revenge tale, it’s a supernatural meditation on karma and consequence. The viewer is left wondering whether Wilfred’s misery is a result of bad luck or divine justice.
“You cursed it all!” Henry angrily shouts at his father while he storms out of the house. “You cursed me!” That is the crux of “1922.” Wilfred manipulates Henry into helping him kill Arlette, and as a result, their lives rapidly dissolve into misery.

Deja View: ‘It’ and the numerous works of Stephen King