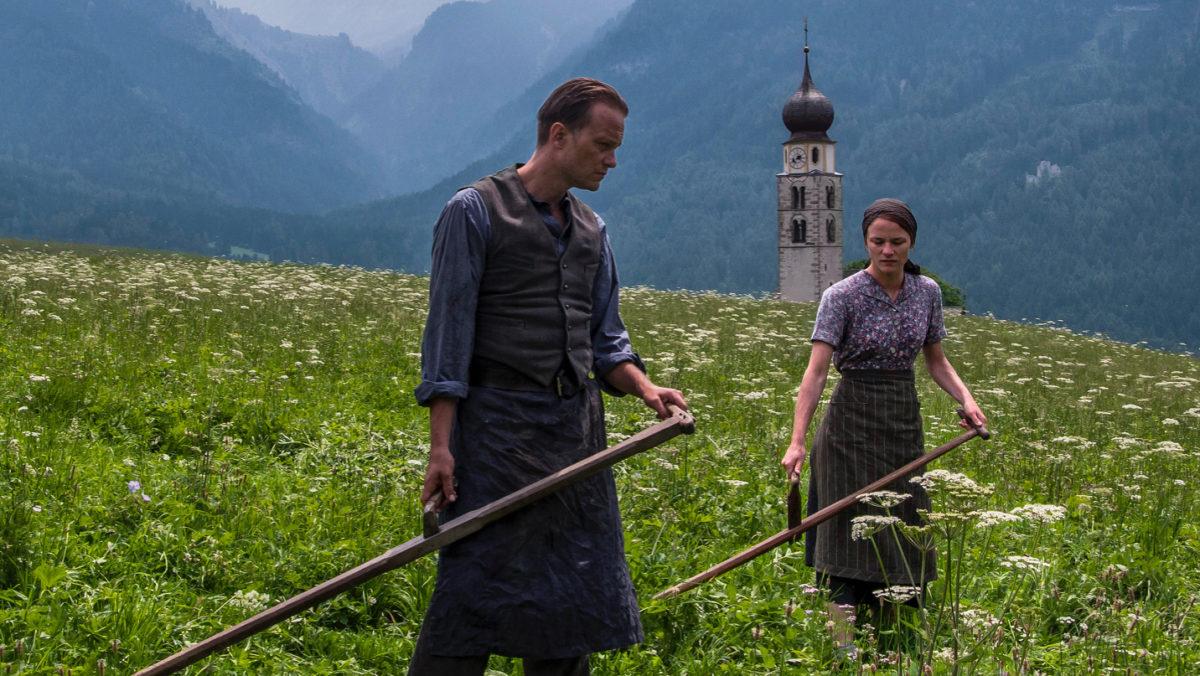 Courtesy of Studio Babelsberg
"A Hidden Life" is an intimate look into World War II Austria, in which a man defies Adolf Hitler's dictatorship and refuses to join his army. The film is shot beautifully, and each actor plays their role with excellence.
By Elijah de Castro
Published: January 20, 2020

“A Hidden Life” feels like an aggregation of director Terrence Malick’s long-running, legendary career, similar to Martin Scorsese’s “The Irishman.” Both films clock in at over two and a half hours long, display their directors’ stylistic versatilities and feature some of the directors’ finest scenes.

“A Hidden Life” follows Franz Jägerstätter (August Diehl), a farmer in a small Austrian village during the Nazi reign of the late 1930s. As the men in his town leave to join German dictator Adolf Hitler’s army, Franz refuses to pledge his loyalty. His experience of being scrutinized by the German army, labeled a coward and imprisoned is told through Malick’s tasteful eye. In Malick’s early career, he told straightforward narrative stories, like “Badlands” and “Days of Heaven.” However, in the past decade, Malick created experimental art films that prioritized the films’ poetry over their stories. “The Tree of Life” is his most well-known film in this category. “A Hidden Life” is a healthy balance of both his straightforward and experimental filmmaking, and Malick retains both styles that have characterized him as an auteur.

As usual for Malick, his film is drenched in visual beauty. The film’s scale feels enormous with the mundane, day-to-day farming Franz’s family does juxtaposed with the massive Alps in the background. The environment of the film feels lived-in and pure, captured in wide angles, natural light and sweeping camerawork. The cinematography is earthy and raw in contrast to Malick’s previous films. This could be explained by the change from his recent cinematographer, Emmanuel Lubezki, to Jörg Widmer.

The purism Malick achieves in “A Hidden Life” is also found in his characters. The performances that Valerie Pachner, playing Franz’s wife, and Diehl give are delicately created by their understanding of their characters. As Franz’s refusal to join the German army challenges his moral integrity, the disparity that his family experiences is human and sensitive.

Unfortunately, while the film’s scale and beauty are things to behold, the lengthy runtime is not earned. The film’s bookends are splendidly slow and thoughtful. However, the second act of the film often repeats itself, leaving some scenes ineffectual to the story. Malick’s film could easily have been told in a two-hour runtime. It often feels like there are unnecessary scenes that could have been trimmed. As Franz is imprisoned and awaiting trial, the film’s forward momentum begins to simmer down, and the magic of the beginning starts to get stale.

Malick strikes a balance of poetry and narrative that, aside from the middle of the film, never overstays its welcome. The length is certainly a commitment. However, the film is a first-rate telling of the scale and hopelessness the Nazis had over everyday people. “A Hidden Life,” while bloated, is an experience that could only come from Malick himself.