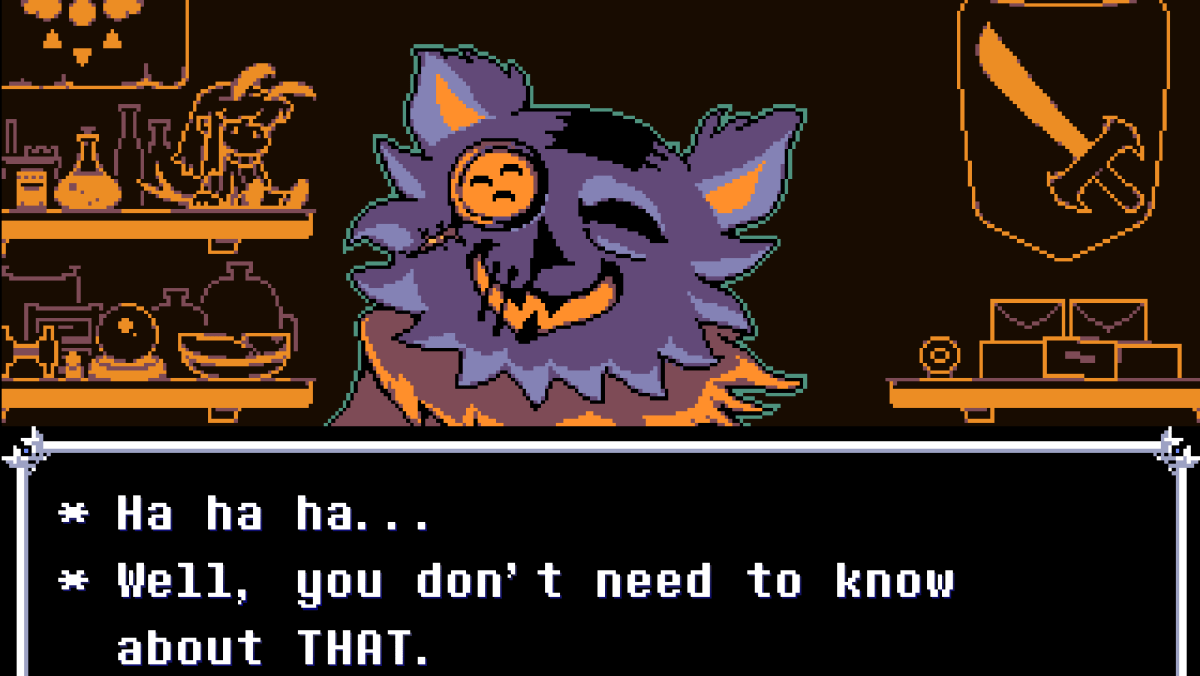 Every gamer worth their salt should know what “Undertale” is. The role-playing game sensation was released on Microsoft Windows and OS X back in 2015 and overtook the video gaming world in the blink of an eye.

The game was developed by game creator Toby Fox, and video game enthusiasts were drawn to the passion project because of one interesting detail: There are three separate endings that depend on what choices the player makes. There is the neutral ending, the genocide ending and the actual ending of the game — the true pacifist ending. The plot was also rich, following the story of a genderless protagonist who is either named Frisk or Chara, depending on which ending the player works toward. The protagonist falls into a hidden underground monster society and has to find a way home.

“Undertale” amassed a giant fandom, but over time, the players lost interest, and the fan base dwindled. That’s why it was so surprising when Fox dropped an unexpected announcement on his Twitter page. On Oct. 30, Fox tweeted a set of cryptic messages on the official “Undertale” Twitter account. The original set of tweets read, in part, “I have something … I want to show you. Something I think you will find very, very interesting.” The rest of the tweets go on to prompt the reader to come back in 24 hours. The next day, Oct. 31, Fox posted the link to chapter one of “Deltarune,” an “Undertale” spinoff game. Prior to these tweets, there was little talk about what “Deltarune” was supposed to be and what it was going to be about.

First off, “Deltarune” is not a sequel. Although the game has the same art style and characters as “Undertale,” Fox has gone on the record saying the two stories take place in different worlds. On his Twitlonger — a social media network where people can post in a Twitter format, but in longer posts — Fox said, “I will say that basically, what you’re seeing here is not the world of “Undertale.” “Undertale’s” world and ending are the same as however you left them.” On the same post, Fox even tells players not to think about what “Deltarune” is too hard or they might not be able to appreciate the game as much. However, Fox does warn that this is a game to play only after completing “Undertale,” so it’s safe to say that whatever “Deltarune” is is still a mystery, even after its release. The plot of “Deltarune” is similar to “Undertale” — a genderless protagonist falls into a world of monsters and has to find their way home.

“Deltarune” is also an amazing game on its own. First off, the graphics are modeled after classic 8-bit games like “Metroid” and early “Mario” games. This stylistic choice sets “Deltarune” apart from the majority of games today, which tend to value 3D animation. Although 8-bit games are considered old, their inspiration in “Deltarune” is pleasantly fresh.

Another outstanding aspect of “Deltarune” is its soundtrack, which utilizes synthesized sound and electronic components. The music, like the 8-bit art style, feels like a throwback to old games and is quite refreshing. Outside of that, the music is catchy, well-composed and pleasant. Make sure to play it with headphones, because the tunes are half of the experience.

The game introduces a new battle dynamic that differs from its predecessor and includes new characters along with old ones that separate the game even more from “Undertale.” The story relies on the dynamics among the four main characters, Kris, Susie, Ralsei and Lancer, who are unique to “Deltarune” and are not present in “Undertale.” The relationships among the four are satisfyingly complex and form the emotions and personalities of each individual character nicely.

To top it all off, the game ends on a heart-pounding cliff–hanger that leaves unanswered questions. It also utilizes plenty of red herrings, opening up possibilities for how the rest of the story might progress.

At this point, Fox has only released the first chapter of “Deltarune,” which consists of approximately three hours of gameplay. Fox said that he doesn’t know when the next chapter will be released, or if it’s even possible to finish the game solo, as he did for “Undertale.” Luckily, on his Twitlonger, Fox expressed his intention of pulling together a team to complete the full experience. “Deltarune” has cute Easter eggs scattered throughout that reassure players that Fox is working hard; it just might take a while.

The gaming community might have a long wait ahead of it for the next part of this mysterious game, but it should be worth it. If the rest of the experience is as well-fabricated as chapter one, then the wait will be acceptable. For the time being, “Undertale” fans will have to hang in there until Fox works his magic once again.