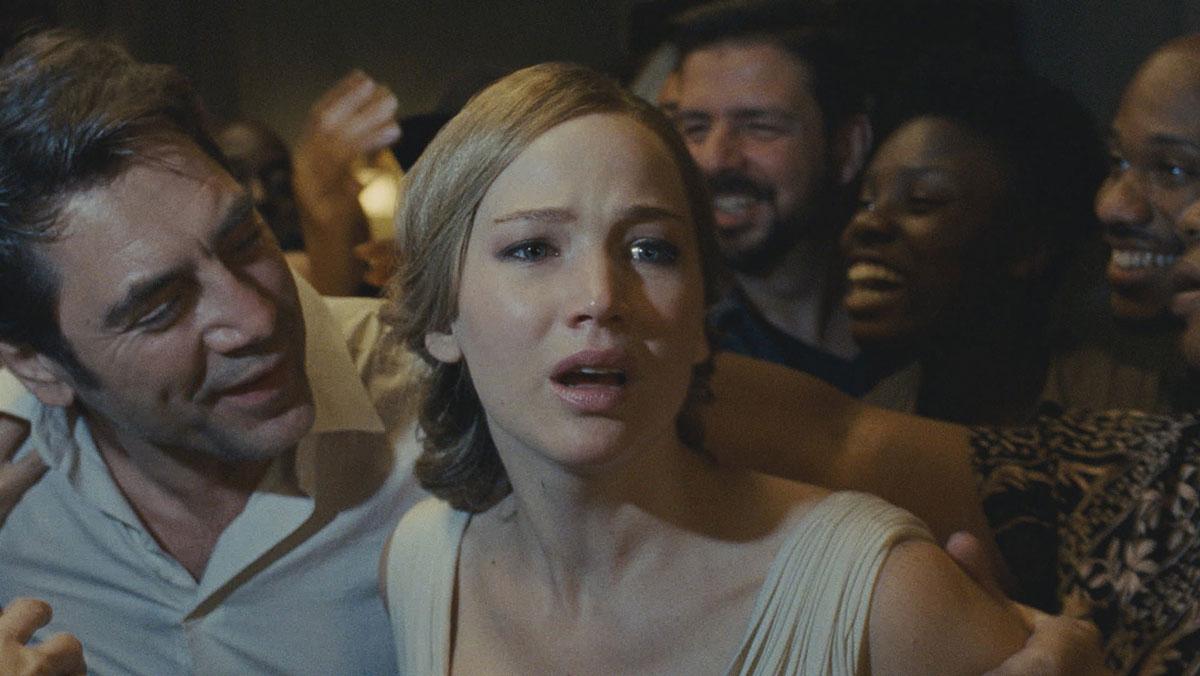 The screen lights up and the scene is a woman blazing on fire. Then a man puts a crystal on a display stand, and suddenly a smoldering house is magically restored.

From the opening scene, viewers know this movie is unlike anything they have seen in theaters before. That is the best way to describe “mother!” as it will leave the viewers scratching their heads for two hours straight. However, it is worth noting that this movie is not for fair-weather horror fans.

“mother!” is a bizarre, unsettling and mystifying film that will leave viewers asking themselves: “What the heck did I just watch?” The trailers only show a fragment of the film, but to be fair, if they actually marketed the complexities of the plot, it would probably perform even worse at the box office. In fact, it is hard to tell whether “mother!” is a horror film, a thriller or a drama. It is probably none of the above, but that doesn’t take away from the fact that this movie is a masterpiece.

Director and writer Darren Aronofsky (“Black Swan,” “Requiem for a Dream”) brings another piece of art to life with his most ambitious film to date.

“mother!” stars Jennifer Lawrence and Javier Bardem along with Ed Harris, Michelle Pfeiffer, Kristen Wiig and Domhnall Gleeson. While it is pretty easy and straightforward to discuss the plot for most movies, “mother!” is a totally different case. The story follows Him (Bardem) and Mother (Lawrence) living a perfect and peaceful life in their country home until unexpected guests begin knocking on their doors. Beneath the surface, “mother!” is a tale laced with surrealism and rife with supernatural mysteries. The first complexity is the character–naming convention. Each of the major players in “mother!” is referred to by pronouns or ambiguous titles. Aronofsky made a choice that will alienate audiences, but it enhances the ethereal quality of the film. The lack of proper names is disconcerting and makes the actions on screen feel disconnected from reality, like the twisted story of Mother and Him is happening in a bizarre alternate reality.

Even the most enraged audience members cannot deny the film has some great acting and enticing visuals. Lawrence stepped out of her comfort zone and delivered a performance that proves she’s not just a blockbuster actress. Bardem gives a performance on par with his disturbing portrayal of Anton Chigurh in “No Country for Old Men.” Bardem’s subdued performance keeps the viewer on their toes and grounds this bizarre story. He is a ticking time bomb, and this unpredictability is exhilarating. He is believable and dangerous — a devious puppet master.

Nevertheless, this film is not perfect. Aronofsky went a little too far when bringing his vision to life, and there are many cruel and provocative moments that will make the faint of heart avert their eyes in disgust. “mother!” is the dictionary definition of over-the-top. There are points in the movie where it goes from zero to 100 in terms of gore and violence. Without getting into spoilers, there is one scene in particular that many think should have been cut. Violence is like profanity: If it’s overused, it loses all meaning and feels gratuitous.

There is so much crammed into the film that the pacing suffers and leaves the viewer overwhelmed. There is too much visceral, complex plot crammed into such a small space. The viewer is thrown from plot point to plot point without getting a chance to digest what they are watching. It is a double-edged sword because there is a bounty of content to talk about, but it all happens too fast.

Ryan Parker, a journalist for The Hollywood Reporter, said: “If you need to Google search the meaning of a movie when you get home, it was a failure.” However, a good movie will stick with the viewer and will make them think and seek out answers to the film’s most complex questions.

With that in mind, “mother!” is nothing less than an underappreciated masterpiece of our time, and it is truly a shame most people probably won’t go see it. Is it an entertaining watch? No, but movies like “It,” “The Lego Ninjago Movie” and “Kingsman: The Golden Circle”’ will always be there to get the audience excited and make them laugh. For better or worse, “mother!” is unlike any movie released this year.

Director Darren Aronofsky finds comfort in telling cautionary tales, and “Black Swan” is his most foreboding one yet.