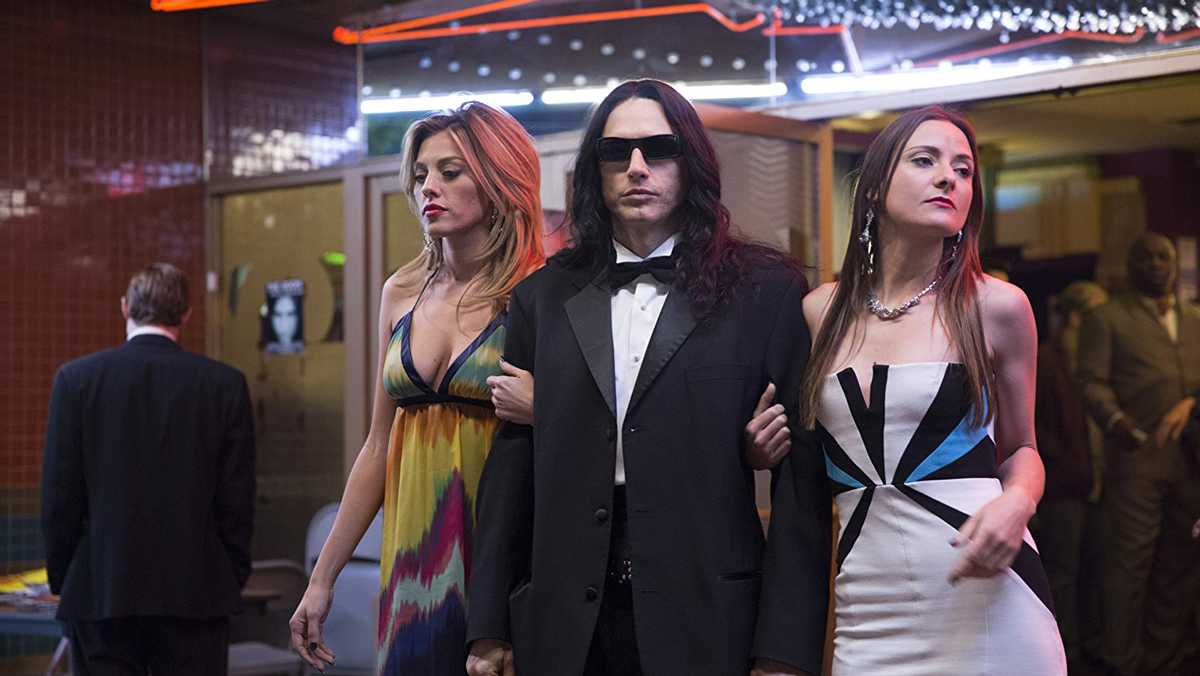 In response to “The Disaster Artist” receiving a Certified Fresh from Rotten Tomatoes, which indicates critical praise, Seth Rogen tweeted, “We made a movie about the worst movie and it might be our best movie.”

He is absolutely right.

“The Disaster Artist,” directed by and starring James Franco, tells the story of the making of “The Room,” which is often called “the ‘Citizen Kane’ of bad movies.” The mystery surrounding “The Room” and its making has elevated it to cult status. It has become a midnight-showing movie with a devoted fanbase that dresses as the characters and shouts the lines back at the screen.

Furthering fervor among fans was a book released in 2013, “The Disaster Artist: My Life Inside ‘The Room,’ the Greatest Bad Movie Ever Made,” written by Tom Bissell and Greg Sestero, one of the stars of “The Room.” The book told the story of the making of the movie and gave fans a look inside its unlikely creation. The movie rights were picked up by Franco and Rogen, and thus, “The Disaster Artist” came into being.

The performances by this all-star ensemble cast hit all of the right notes. The Franco brothers bring a chemistry to Tommy Wiseau and Greg Sestero that brings the friendship of their real-life counterparts to life. James Franco is especially great as Tommy. He’s not just imitating Tommy — he is Tommy. Franco goes beyond just being an actor playing a role, drawing on his own experience as a Hollywood misfit and totally immersing himself in the mind of his character. Franco delivers the best performance of his career, and his performance here deserves an Academy Award. His brother Dave Franco, often looked at as the lesser of the Franco brothers, is also surprisingly great in his role. His performance drives this movie, as the story is from his point of view, and grounds the bizarre antics Tommy gets up to.

The celebrity cameos are also tremendous. They add to the fun tone of this movie and show the love for “The Room.” Zac Efron and Bryan Cranston’s appearances are particularly notable. They aren’t distracting like cameos often tend to be, and they contribute to some truly memorable moments in the film.

The story’s portrayal is refreshing. It would have been easy to take the conventional route of painting Tommy Wiseau as some weird entity that has no clue how normal humans carry themselves. Instead, the script brings out his human side by making this movie the story of an underdog up against impossible odds. While it doesn’t clear up any of the mystery surrounding Tommy, such as where he’s from, how old he is, or how he managed to get $6 million to make “The Room,” it shows a man with a dream and a person beyond the odd caricature that people know him as.

The story is also far more heartwarming than a story about an awful movie has any right to be. The central focus of the plot isn’t the making of the movie; it’s the friendship between Tommy and Greg. It’s a story about two misfits who defied all odds to become Hollywood royalty. It would have been easy to show the making of “The Room” and have a go at Tommy for being extremely socially awkward. Instead, Franco opted to make a personal story that resonates emotionally.

Even more to this movie’s credit is how well it recreates scenes from “The Room.” The accuracy of the recreations shows in the side–by–side comparison reel that plays just before the credits roll. It’s an entertaining sequence that acts as a love letter to the original film.

“The Disaster Artist” does have flaws. Josh Hutcherson is passable as the actor who played Denny in “The Room,” but his presence feels like a cameo that overstays its welcome to the point where he’s no longer believable in his role. The other issue with this film is that, apart from recreated scenes, it isn’t visually creative. There is a missed opportunity to shoot this movie in a similarly shoddy style to “The Room” or do something that would set it apart visually. However, this can easily be overlooked.