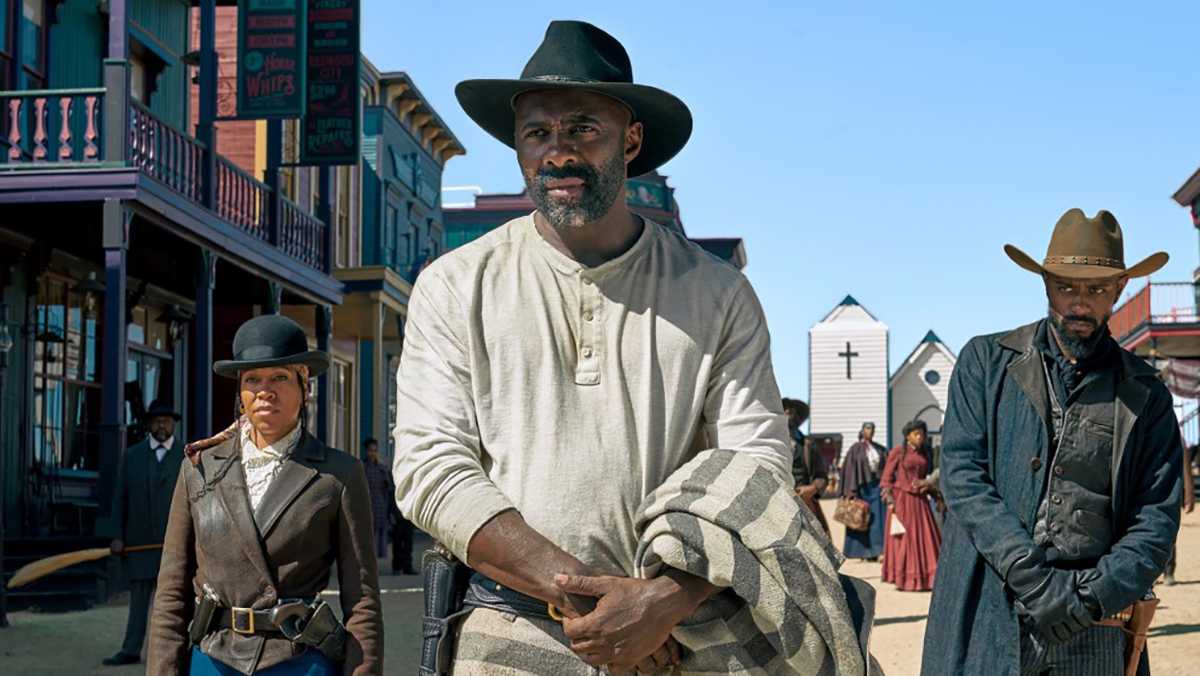 The Harder They Fall
"The Harder They Fall" is a new Netflix western featuring an all-Black cast. While intense and fun, the film features signs of a first-time director.
By Matt Surridge — Contributing Writer
Published: November 16, 2021

The Harder They Fall

While Jeymes Samuel’s “The Harder They Fall” won’t be topping any year-end lists, the film is worth the time of those with even a passing interest in the Western genre. With an ensemble cast featuring some of the best current and up-and-coming Black actors and a series of impressive stylistic sequences, Samuel gives his audience a Western revenge-thriller that will suffice for the average Saturday night.

In a cinematic landscape stuffed to the brim with overly-bombastic blockbusters and preachy no-budget independent cinema, “The Harder They Fall” is a reminder that sometimes all audiences need is a solid genre outing. The film’s strongest feature is its cast. Veteran performers like Regina King and Idris Elba, hot off his impressive showing in “The Suicide Squad,” are joined by Oscar-nominee LaKieth Stanfield and rising star Jonathan Majors. This cast would be one to remember with those performers alone, but when the rest of the supporting standouts like Zazie Beetz and Delroy Lindo are taken into consideration, this ensemble becomes one for the ages. The only problem, though, is that the actors really go for it and crank every performance up to eleven. While fun to watch, it eventually becomes distracting, especially in shootouts, where the suspense is consistently challenged by overemoting performers.

To its credit, the film features energetic action sequences that are truly worthy of an elevated B movie–style flick. While the choices the director makes in terms of camera movement and framing are a bit too much at times, there is an undeniable style to “The Harder They Fall”–– especially in a particularly memorable split-screen Mexican standoff that would’ve been right at home in an early ’70s Brian De Palma film. In moments like this, “The Harder They Fall” shows that its high points truly have the potential to grab its viewer’s attention.

However, the film’s fatal flaw is its production design, which is far too clean for the Western genre. Every weapon, structure and costume in the film looks too new for a grimy old Western tale of roaring revenge. The lack of wear and tear on everything from the actors’ faces to the floorboards they walk across breaks the illusion that the film tries to create. Films like those in Sergio Leone’s “Dollars Trilogy,” Quentin Tarantino’s “Django Unchained” and Clint Eastwood’s “Unforgiven” each go to much greater lengths to try to preserve a more genuine flavor of the portrayed time period. “The Harder They Fall” doesn’t even make an attempt, and its lack of genuine grime firmly separates it from true classics of the genre.

The plot of the film is quite cliched too, but it is a Western, after all. If audiences leave films frustrated by the fact that they could predict a few twists and turns coming, this might not be the movie or genre for them.

“The Harder They Fall” is a stylistic treat that is, at times, a bit too indulgent for its own good. The movie definitely comes off as the work of a first-time director who was clearly itching to use every trick in the book. However, the clear prowess of Samuel’s technique and his captivating creativity are reason enough to keep a keen eye on both this film and his future outings, even if the thrills will likely be seen on a Saturday night and forgotten by Sunday morning.

Matt Surridge can be reached at msurridge@ithaca.edu