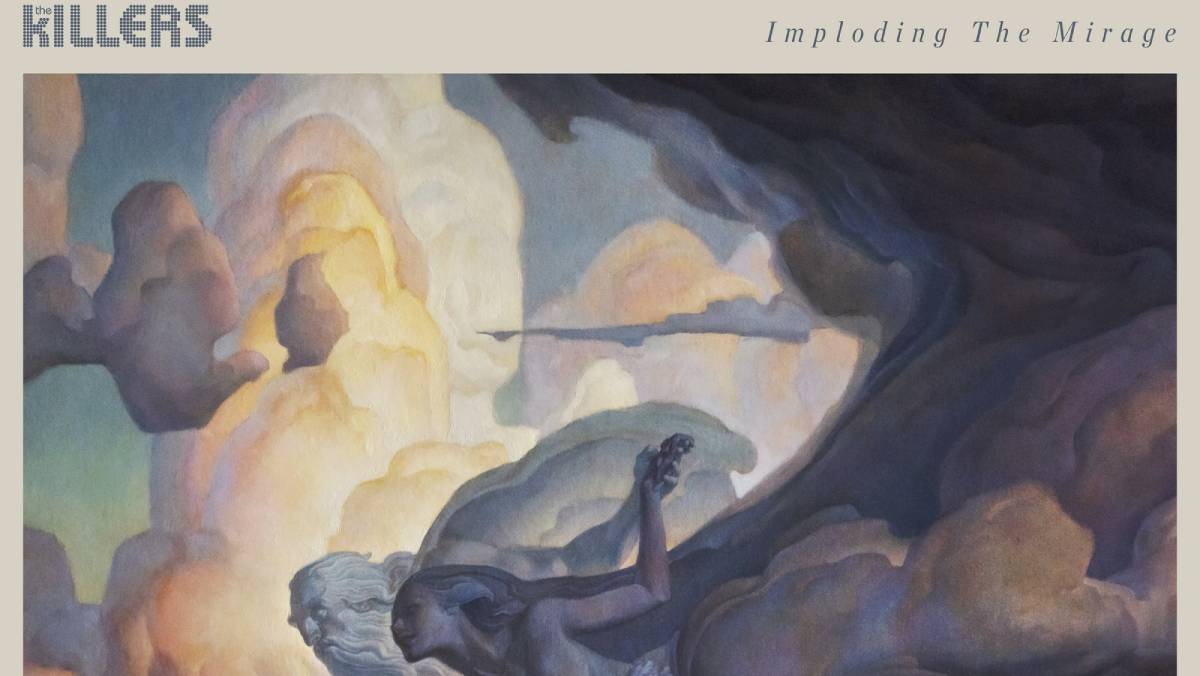 The Killers return in its well-known, technicolor, synth-rock style with its newest album, “Imploding The Mirage.” While the band’s style picks up where it left off in its previous album, 2017’s “Wonderful Wonderful,” “Imploding The Mirage” is clearly filled with some of The Killers’ best content. Led by Brandon Flowers, the band remains as marvelous as ever.

The grandiose album begins with “My Own Soul’s Warning,” a bright, feel-good track reminiscent of work by Bruce Springsteen. Although every song has its differences, the whole album maintains this upbeat sound. “My Own Soul’s Warning” feels as though the listener is entering a mystic, sunny dreamland, almost similar to the beginning of a Coldplay song. The track provides listeners with a hopeful and exciting start to the album.

In the next track, “Blowback,” the slide guitar combined with the pillowy synths that The Killers is known for gives the track a country-disco feel. Not only is it a feel-good song with a catchy chorus, but it keeps the energy that the first track set for the album.

Although listeners might not be able to tell, “Imploding The Mirage” is actually The Killers’ first album without its usual lead guitarist, Dave Keuning. Keuning left the band after its 2017 album release, “Wonderful Wonderful.” Because he has not been replaced, “Imploding The Mirage” features a few different guitarists. “Caution,” a song that Flowers wrote about his wife, features a guitar solo from none other than former Fleetwood Mac guitarist Lindsey Buckingham.

Although The Killers’ shimmery and flamboyant music is what the band is known for, an album’s listening experience is a marathon, not a sprint. “Imploding The Mirage’s” consistently high–energy songs get a little tiring, feeling over the top and almost theatrical at times.

“Fire In Bone” begins a bit differently than the other songs on the album. After the band’s usual synth swell, a new bouncy funk line is played out by drums and bass guitar. The new feel that the funk line introduces is short–lived because as soon as Flowers’ vocals come in, the track sounds just like any other song by The Killers.

The album closes out with the title track, “Imploding The Mirage,” another song that Flowers wrote about his wife. “Imploding The Mirage” is energetic and exciting to listen to, but what else can listeners expect at this point? Flowers’ lyrical storytelling ability wasn’t the focal point of this album, but it shines through in this track. On this track, he tells the love story of him and his wife through wondrous eyes, and the very mirage that listeners have been hearing at last implodes.

“Imploding The Mirage” is a Fourth of July firework–finale album, packed with explosive, bright, colorful synth-rock gems. But the band lacks a contrast between sun and shade, bombastic and subtle, in “Imploding The Mirage.” The dazzled, starry-eyed feeling a listener can get from a song by The Killers is beautiful but feels over the top if done in just about every single song on an album. Although the album has more hits than expected, the band’s brightness is blinding at points.