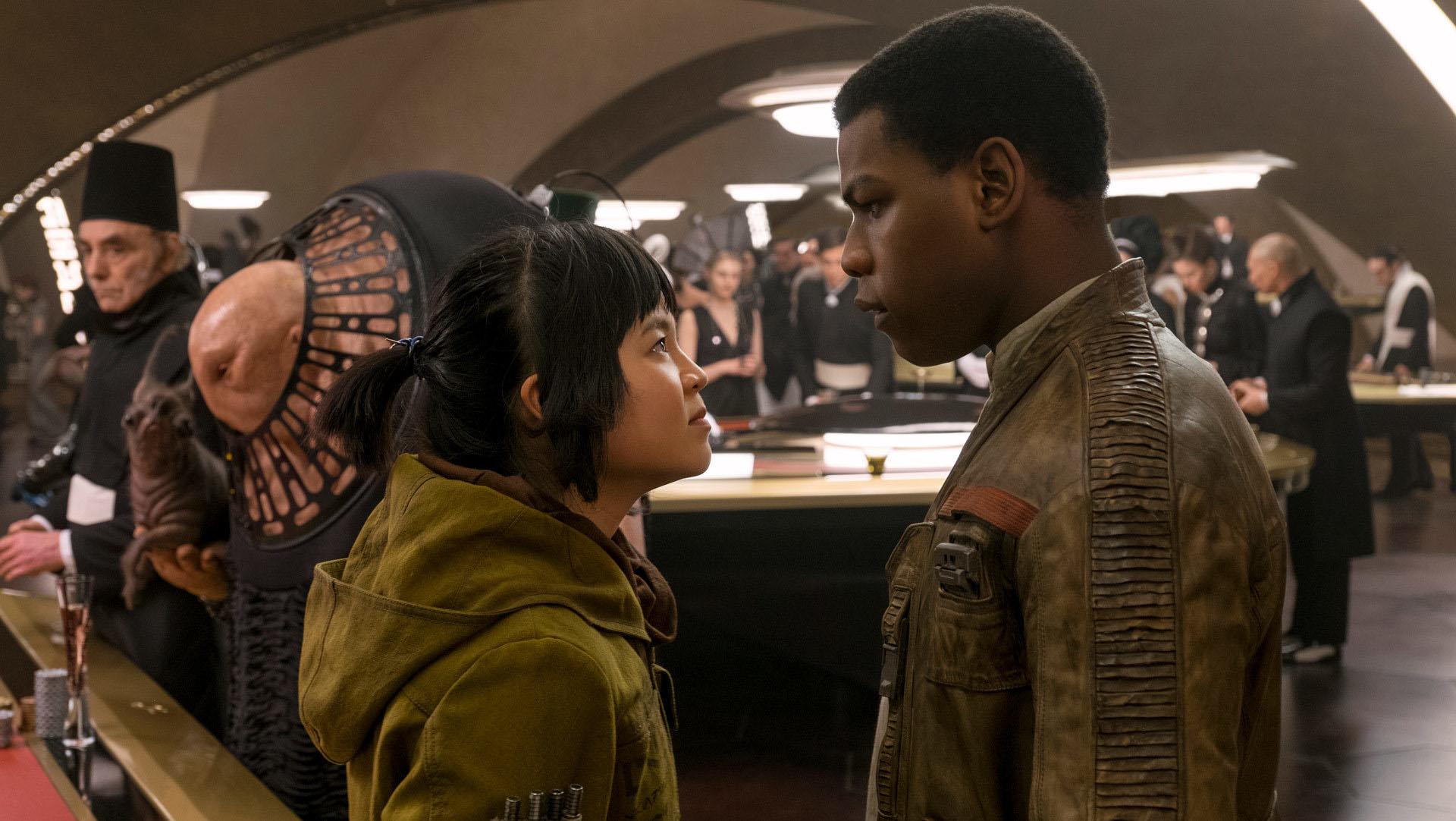 Lucasfilm Ltd.
In this eighth installment of the "Star Wars" saga, original characters such as Luke Skywalker (Mark Hamill) and Princess Leia (Carrie Fisher) team up with new characters. They join to lead the Resistance against the evil First Order to rule the galaxy.
By Liam Conway — Staff Writer
Published: December 20, 2017

“Star Wars: The Last Jedi” has demonstrated that it is still possible to leave the theater shocked by the eighth installment in a franchise. The movie still contains everything the fans love: the Force, the lightsabers and the beloved characters, but it utilizes them in new ways. This film might prove to be even more polarizing than the previous installment. Many brand-new character traits, extensive lore additions and the way it sacrifices pacing in favor of a big payoff moment might not sit well with fans. “The Last Jedi” is an enormous risk for not only this franchise, but for the industry itself — and it’s a risk that pays off.

Due to the fact that it is the first and only “Star Wars” film with no time jump between films, “The Last Jedi” has one of the shortest opening crawl texts in the franchise. It serves to instantly acclimate the audience to the world of “Star Wars.” The film’s opening is easily the most exciting space battle in the franchise, brilliantly introducing the audience to the conflict on display through Commander Poe Dameron (Oscar Isaac), a character who was criminally underused in “The Force Awakens.”

The film progresses to jump between the perspectives of several characters in the ensemble. This style of jumping between storylines makes the pacing of the film feel jumbled, especially toward the end of the second act, where it gets bogged down by a side plot with Finn (John Boyega) and Rose (Kelly Marie Tran). The storyline with Finn and Rose is by far the weakest part of the film. Their journey to the planet Canto Bight feels like a complete non sequitur to the primary story, bearing moments reminiscent of George Lucas’ prequel trilogy as well as a completely random message about animal cruelty.

Thankfully, the two other storylines are exceptionally well done. The well-crafted way the relationship between Rey (Daisy Ridley) and Luke Skywalker (Mark Hamill) grows and changes immensely throughout the film makes it easily one of the strongest elements. Luke has one of his most iconic moments at the end of the film, clearly concluding his journey, which beautifully comes full circle with the original trilogy. Poe and Princess Leia (Carrie Fisher) have their own storyline that is supplemented by a new character, Vice Admiral Holdo (Laura Dern). The relationship between Poe and Leia contributes substantially to Poe’s overall arc of dealing with failure and learning to control his emotions. The emotional portrayal of the way these three characters struggle to command the Resistance is very strong and shows a different side of Poe that fans were screaming for after “The Force Awakens.”

The acting in “The Last Jedi” is exceptional in capturing the darker side in the franchise, especially in regard to Hamill. He portrays a grizzled, old Luke who is different from anything we’ve ever seen before from the character. That being said, when Luke shares a moment with his old friend R2-D2, we are reminded that he is still the same Luke we know and love.

The relationship between Kylo Ren (Adam Driver) and Rey is the best part of “The Last Jedi,” with Ridley and Driver giving two great displays of emotional conflict as they are each tempted by the opposing side of the Force. The most surprising performance, however, is from Isaac. Isaac is unequivocally charismatic and funny throughout the course of the film and is easily one of the strongest members of the cast.“Star Wars: The Last Jedi” both captures the magic of a galaxy far, far away and uses old cast members like Luke and Leia in tandem with new cast members to expand the universe. Although one of the three storylines may drag in some ways, the other two plotlines are so immensely different for the genre that the movie is able to transcend its pacing issues in the end. After experiencing the spectacle that is “Star Wars: The Last Jedi,” every “Star Wars” fan will be reminded that the the Force is with you, always.

Review: Super team-up is leagues better than its predecessor