Review: “The Witches” is a poor adaptation of beloved book 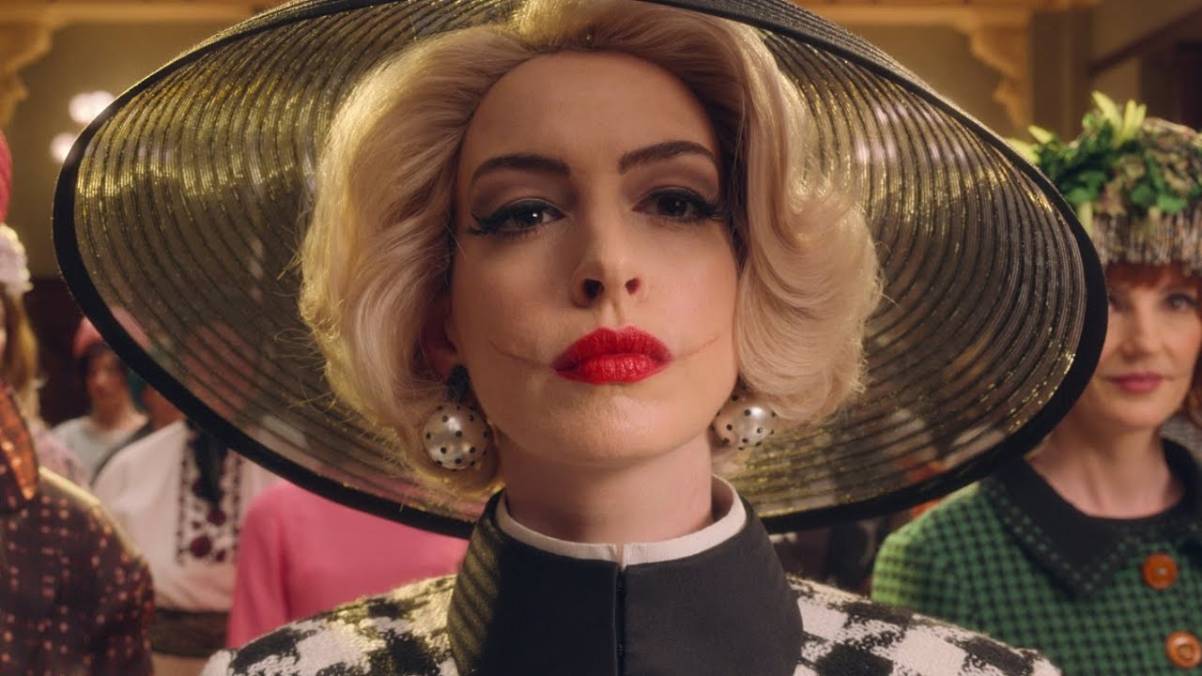 Courtesy of ImageMovers
Roald Dahl’s “The Witches” has been adapted into a more cartoonish version. Anne Hathaway as The Grand High Witch is excellent, but there are few other saving graces.
By Evan Miller — Contributing Writer
Published: November 4, 2020

For decades, the stories written by acclaimed author Roald Dahl have captured the imaginations of children everywhere. These stories have repeatedly been adapted into films ranging in quality. Many of these films, like the original 1971 “Willy Wonka & the Chocolate Factory” are as timeless and charming as the stories themselves. However, there are others that simply lack the imagination originally found on the page. Unfortunately, HBO Max’s adaptation of Dahl’s “The Witches,” directed by visionary filmmaker Robert Zemeckis, falls into the latter category.

This year’s “The Witches” is a new adaptation of the 1983 novel of the same name. The story takes place in 1960s Alabama and follows a young boy (Jahzir Bruno) who goes to live with his Grandmother (Octavia Spencer) following the death of his parents. Bruno’s character, named in the film’s credits as “Hero Boy,” is warned by Grandmother that witches exist — evil monsters that take the form of humans and prey on defenseless children.

After the boy has a brief encounter with a witch, Grandmother whisks him away to an oceanside hotel to lay low. Little do they know that the same hotel is about to be occupied by the very same witches they are trying to escape from. The Grand High Witch (Anne Hathaway) is among this group of witches, with a bold plan to turn all of the world’s children into mice.

While the original 1990 film adaptation of the novel starring Anjelica Huston is most known as an enjoyable gateway horror film for a generation of children, this new adaptation takes a particularly goofier approach. The film is written by Zemeckis, Guillermo del Toro and Kenya Barris. These three distinct filmmakers have very different styles that clash with each other throughout the film. As a result, it is difficult to identify what “The Witches” wants to be. In several scenes, authentic tension is immediately interrupted by slapstick humor lifted straight out of a cartoon. This interference is always jarring and ends up leaving the viewer feeling underwhelmed.

The only notable performance in the entire film is Hathaway’s. She is a delight to watch and seems to be the only actor who decided to have fun with the film’s silly plot. She steals the show whenever she’s on-screen and is one of its only saving graces. Spencer is also decent in the film, but her performance is never on the same level as Hathaway’s. Most of the time, it just feels like she’s phoning it in.

Newcomer Bruno brings plenty of energy to his role but clearly has a lot of work ahead of him. The young actor delivers the majority of his lines either without emotion or with an emotion that feels unsuitable for what is being said. This is not completely his fault, as the majority of his performance involves voicing a computer-generated image (CGI) mouse, and he therefore can’t physically perform his lines.

Zemeckis’s infamous overreliance on terrible CGI is also present in “The Witches.” In fact, he made “The Polar Express,” “Beowulf” and “A Christmas Carol” using only motion-capture and CGI technology. These filmmaking experiments have never really made the leap from uncanny to revolutionary. Sadly, “The Witches” could not make the jump either.

Unlike the novel and the original adaptation, which takes place in Norway and England, this film is set in a different time and location. The film could have taken advantage of its 1960s Alabama setting and sprinkled in some relevant social commentary and substance into its story. Instead, it wastes the opportunity and only addresses it in no more than three lines of dialogue. The fact that the film makes a creative choice like this and does not do anything with it only makes it feel unnecessary and distracts from the story.

A highlight of the film is its musical score, composed by celebrated composer Alan Silvestri. Silvestri, who has scored films like “Avengers: Endgame” and “Back to the Future,” gives the film an adventurous and dramatic tone. The score also provides some needed character in moments when the film feels the dullest.

“The Witches” lacks the fright and imagination brought by the original adaptation and decides to go with a cartoonish approach to the source material that does not work for the film. Unfortunately, Hathaway’s bewitching performance and Silvestri’s enjoyable musical score are not enough to elevate the film from being anything but an uninspired shell of what it could have been with different creative choices.