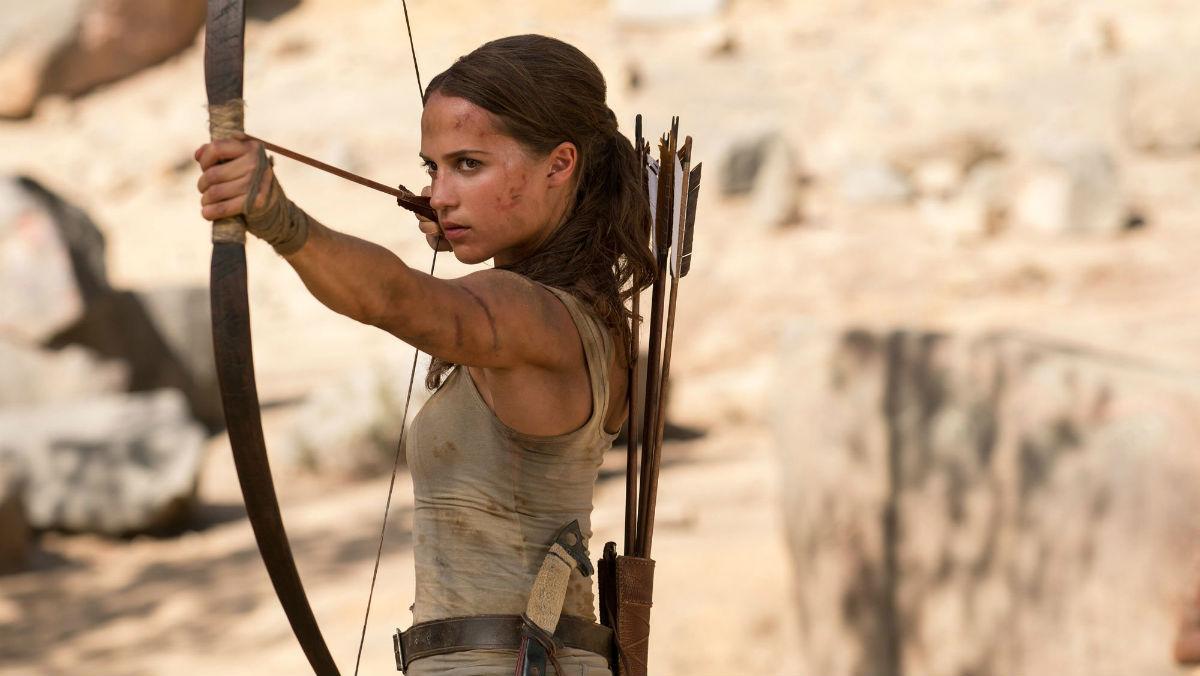 During the first scene of “Tomb Raider,” Lara Croft (Alicia Vikander) spars with a more athletic opponent in an MMA-style gym. After being placed in a chokehold, she doesn’t make some dazzling comeback or use a secret move to win — she taps out after she is almost choked unconscious. This version of Lara is vulnerable and relatable, a far cry from the Lara in the 2001 Angelina Jolie movie, and it’s part of what makes her endearing. Unfortunately, she is stuck in a mediocre action movie that uses every cliched Hollywood trope in the book.

At the start of the movie, Lara lives a meager lifestyle in London. Her father Richard Croft (Dominic West) was a globe-traveling zillionaire before he went missing seven years prior to the start of the movie, but Lara refuses to inherit his fortune. Doing so would acknowledge his death, but Lara believes he is still alive. After discovering clues related to her father’s disappearance in his old research notes, Lara travels to Hong Kong to investigate further. The plot sacrifices logic for convenience because if Lara were living a life of luxury with her father’s money, she would be harder for audiences to relate to.

Richard Croft had been searching for the tomb of Himiko, a Japanese goddess of death who apparently would pose a great threat to humanity if she was ever released. Lara decides to pursue Himiko in hope that she will find out her father’s fate. Don’t expect the legend of Himiko to be elaborated on any further though, because even within the movie, nobody really understands what will happen if she is released from her tomb, or if the legend is even real.

Lara meets up with drunken boat captain Lu Ren (Daniel Wu). After discovering that both of their fathers went missing on the same expedition, Lu decides to help Lara search for Himiko. Eventually, the pair makes it to the island where they are greeted by Mathias Vogel (Walton Goggins), a rival archeologist-turned-mercenary who is also searching for the tomb for unknown reasons. Goggins does his best with the character, but Vogel is as bland a villain as can be. Vogel is only on the island because he is being paid and has no motivation for searching for Himiko’s tomb. He frequently complains and wishes that he were back home with his family and is rarely menacing or intimidating. Vogel is involved in a few action-packed moments but is only ever threatening because he carries a gun. He lacks the charisma to be a memorable antagonist, and by the end of the movie, he hasn’t done anything noteworthy.

No character has strong motivation to search for Himiko’s lost tomb, and nobody understands the legend. Vogel’s constant bickering leaves the viewer wondering why he hasn’t left the island already and found work elsewhere. It’s also left ambiguous what anyone could possibly gain from releasing a spirit powerful enough to threaten the entire world. The failure to establish a meaningful plot hurts every scene in the movie, as it’s never clear why the villains act as they do.

While the movie certainly has its faults, the action sequences and fight choreography are athletically impressive. One memorable scene is when Lara must swim down a river with her hands bound in order to evade capture. Scenes involving Lara sneaking around Vogel’s prison camp armed only with a bow and arrow are among the most tense and exhilarating. When Lara must solve ancient puzzles using tricks her father taught her, she shows off the character’s brilliance and determination.

That being said, the movie suffers from poor writing. Many dialogue exchanges almost seem like the movie is parodying itself. In one exchange, after Lara and Lu are first captured, Lara comments, “Hey, at least we’re not dead,” to which Lu responds, “no shit.” It feels corny and clumsy.

When the characters finally reach Himiko’s tomb, the action comes to a halt. The scenes in the tomb contain little sense of danger or adventure. What should have been the most exciting part of the movie is one of the most boring. The movie is called “Tomb Raider” after all, so one might expect the tomb to be actually interesting, but instead, there is little action or raiding. The blandness of the tomb is the most disappointing part of the entire movie, and the characters in the film seem to be just as bored to be there as the audience is to be watching.

While not without its charm, “Tomb Raider” suffers from poor directing, a boring plot and questionable dialogue. The movie is at its best during its exciting action sequences where Lara struggles to survive, but these scenes alone are not enough to redeem an ultimately flawed movie. Lara Croft deserves better.

“Insurgent” adds to the young-adult dystopian genre by building on its predecessor’s fame.