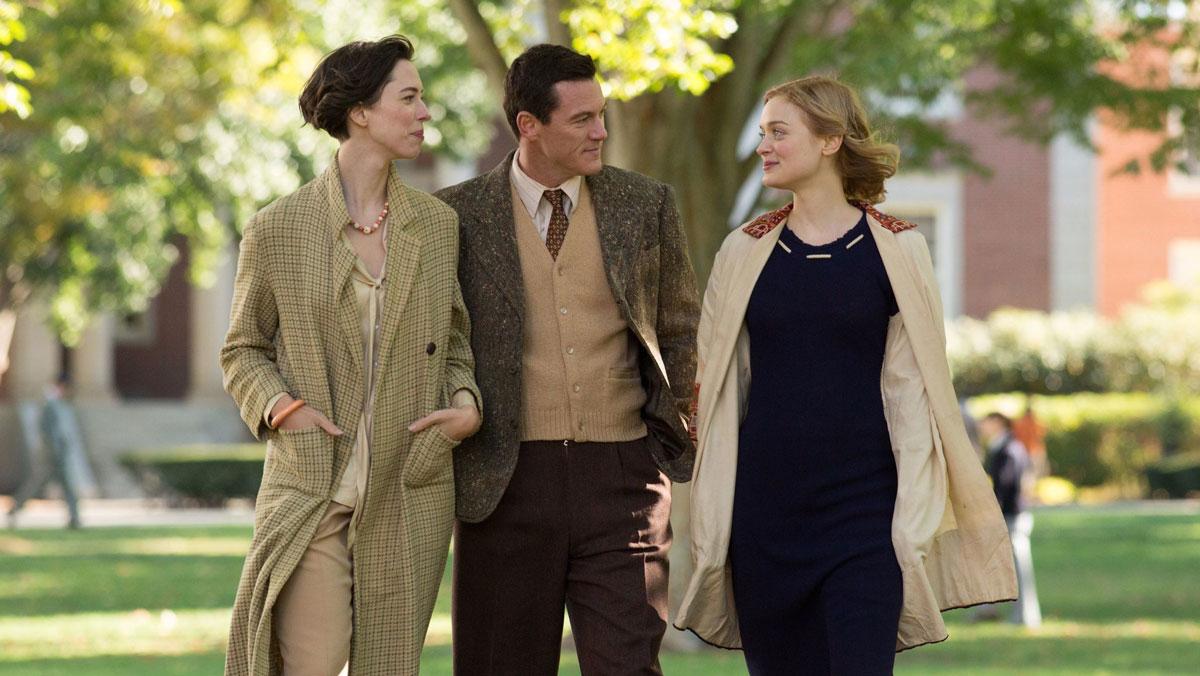 Opposite Field Pictures
"Professor Marston and the Wonder Women" details the origins of Wonder Woman and delves into the life of the character's controversial creator.
By Aidan Lentz — Staff Writer
Published: October 17, 2017

Professor Marston and the Wonder Women

Wonder Woman is not who you think she is. In fact, she is carefully crafted feminist propaganda, who, at her inception, was laden with images of bondage and sent the message that all men should submit to a loving female authority. Don’t believe it? They just made a whole movie about it.

“Professor Marston and the Wonder Women” is an incredible anomaly. Just months after the release of the smash hit “Wonder Woman,” DC Comics has OK’d an R-rated biopic about the character’s polyamorous creator, professor William Marston (Luke Evans). Making matters even more interesting is the honesty with which the piece approaches its one-of-a-kind source material. There’s no attempt to whitewash history here. Instead, this film challenges its audience to understand and empathize with a love story that might make them uncomfortable.

The film centers around the polyamorous relationship between William, his wife Elizabeth (Rebecca Hall) and Olive Byrne (Bella Heathcote) — the daughter of famous radical feminist Ethel Byrne. Much of the film’s drama centers around the emotional turmoil caused by loving two people.

In the film, William is a psychology professor at Radcliffe College in Cambridge, Massachusetts, in the 1920s, who takes in Olive as a teacher’s assistant. She is quickly swept into the strange lives of the Marstons, who are attempting to uncover the power dynamics at play in the human psyche. At the same time, the Marstons are developing a lie detector machine. Yes, that’s right — the polygraph test used around the world was created in part by the Marstons. The device’s main function in the film is to force William, Olive and Elizabeth to admit they love each other. The rest of the film deals with the hardships associated with leading a lifestyle that is still considered unusual, even 80 years later.

This movie is engaging from start to finish, with powerhouse performances from Evans, Hall and Heathcote. Evans and Heathcote handle their roles with charm and passion. Heathcote also does a great job of playing up her resilience and independence, which is crucial to making the relationship not feel predatory, given that she was William’s student. Hall has the meatiest role in the movie. Her character is the most conflicted about her feelings and the way she’s perceived by the world. This makes her the most hesitant to embrace her desires. Because of this, the character’s cold and stubborn attitude could have been frustrating, but Hall injects real vulnerability which makes her struggle understandable.

The film is not without its flaws. The multiple framing devices interrupt the narrative flow of the film. The first is a set of clips from Professor Marston’s classes about DISC Theory, a hypothesis that all human interaction is about domination. The second is a tense meeting between William and Josette Frank, director of children’s books and mass media for the Child Study Association of America, who accuses him of corrupting the youth of America. There are also moments in which the timeline of events and what is actually happening to the family becomes unclear. However, these shortcomings tend to be a side effect of the film’s economic storytelling that kept the pace brisk throughout.

It is fascinating to see such an unusual film attached to an American icon at the height of her popularity. The movie has a scene where images from old Wonder Woman comics are intercut with explicit images of bondage, highlighting the creator’s obvious love for the activity and insistence on including it in his work. Earlier in the film, the inspiration for Wonder Woman is finally revealed. Olive stands tall in an Amazonian costume as Elizabeth ties her up. William looks up in awe. The score swells and the audience realizes the trio has reached true self–actualization. Heavenly light floods around Olive, and William looks as if he’s seen the face of God. Embracing polygamy would be an unusual emotional climax in just about any movie, much less one with the phrase “Wonder Women” in the title.

However, in case it isn’t already clear, this film is not poorly made shlock coasting on shock value. Writer and director Angela Robinson has crafted an empowering, deep and moving drama about love, truth, resilience and the human psyche.
A movie like this could have easily failed to humanize the relationship between such complicated individuals, making it seem more problematic than sweet. However, Robinson was well up to the challenge. This is a heartfelt film and well worth anyone’s time, not just people interested the popular cultural oddity that is William Marston.

Deja View: The many problems with the DC Extended Universe