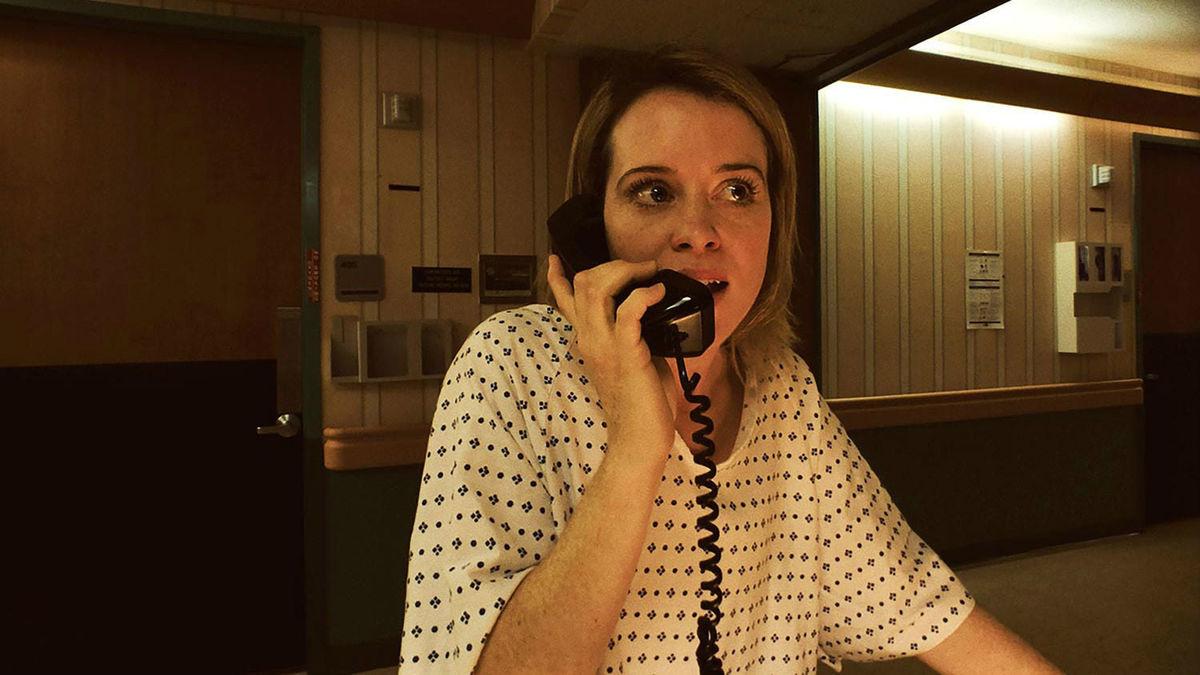 Regency Enterprises
Shot entirely on an iPhone 7 Plus, "Unsane" is a suspenseful horror movie about a woman trapped in a mental institution.
By Michael Friedman — Staff Writer
Published: March 27, 2018

Director Steven Soderbergh has made movies in just about every genre there is. “Ocean’s Eleven” is a fast-paced heist movie. “Che” is a highly acclaimed biopic that offers a closer look at the life of Ernesto “Che” Guevara. “Contagion” is a startling what-if scenario about a disease that wipes out a large chunk of the population. Needless to say, Soderbergh is an experienced filmmaker, and his new horror film “Unsane” shows he can excel in any genre. However, his first horror movie is not a conventional one, as it is filled with schlock and B-movie humor. The humor works, and it is ridiculously entertaining — but there are still plenty of moments that are downright terrifying.

“Unsane” focuses on a woman named Sawyer Valentini (Claire Foy), who moves to another city after fleeing from a stalker named David Strine (Joshua Leonard). After Sawyer has a traumatic flashback, she goes to talk to a doctor at a mental institution about her mental state. After their meeting, she is involuntarily committed to the institution, and when she realizes nobody is going to listen to her claim that she doesn’t belong there, begins to believe that David is in the hospital with her.

Right off the bat, the audience notices that something looks off about the movie: Shots are framed in an unusual manner, large areas somehow look small and facial expressions are overly detailed. This is because the film was shot entirely on an iPhone 7 Plus. This isn’t just a gimmick; it actually adds an uncomfortable voyeuristic sense to the movie. It is especially effective in the mental asylum because it evokes a claustrophobic feeling. The characters are filmed in close-ups, and the iPhone camera gives away every detail of their faces, which is off-putting, to say the least. One of the most unsettling scenes in the movie is when Sawyer is filmed from the stalker’s point of view. There is a scene at the beginning of the movie that tracks Sawyer from afar as she walks to work; it’s a slow camera pan, implying that David is watching. Since everyone has cameras in their pockets nowadays, this scene is especially effective because Sawyer’s situation could happen to anyone. No other camera could have evoked a sense of claustrophobia quite like the iPhone, and Soderbergh knew that.

After David appears, the movie goes from uncomfortable to horrifying. This is due to Leonard’s terrifying performance. He comes across as cold and friendly at the same time. For instance, he gives the medication to the patients every morning. One morning, he affectionately says good morning to Sawyer. Then, after she takes her medicine, he pulls out a letter from her mail, which shows that he followed her to a different city when she thought she was safe. Sawyer instantly starts screaming and is sedated. Leonard’s performance wouldn’t be as effective if it weren’t for the characterization of David. David is infatuated with Sawyer and will do anything to see her, and since Sawyer is trapped in the institution, David’s presence is always lurking in the viewer’s mind.

On the other side of the spectrum, “Unsane” is filled with over-the-top humor that is an interesting contrast to the otherwise sadistic tone. The potentially polarizing problem with this type of humor is that it doesn’t sit right with everyone. People might consider the movie simply bad because of how in-your-face the humor is. It’s certainly weird and takes some getting used to, but it adds much–needed breaks from the tension. For instance, the final shot of the movie is a freeze frame. There have been satisfying uses of freeze frames in movies before, such as in “The Breakfast Club.” This freeze frame, though, comes out of nowhere and ruins the tension in the scene. However, this is not a bad thing — it’s hilarious. The scene’s tense tone is prevalent until this final shot, in which Soderbergh rips the carpet out from under the viewer and makes them ponder whether or not they should take this movie seriously. In fact, throughout the movie, scenes bring the suspense to a grinding halt to throw humor at the viewer. Surprisingly, they are always hysterical and don’t feel out of place. The humor prompts a second or third viewing of the movie, which is not an issue when the movie is as enjoyable as this one.

“Unsane” doesn’t obey many of the conventional horror movie rules. It will keep the viewer guessing throughout the entire movie. Foy and Leonard’s performances are both mesmerizing, and the perfect mash-up of two completely different tones makes for a terrifyingly hilarious movie.