Review: ‘Winchester’ is a wearisome waste of time 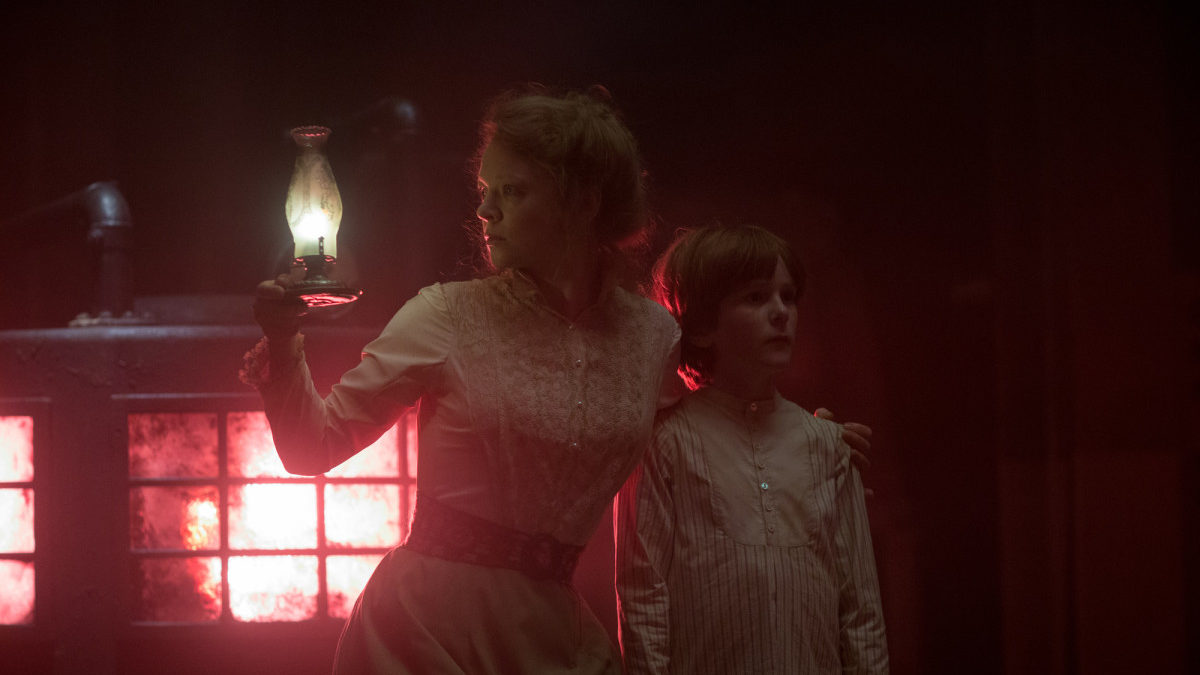 Bullitt Entertainment
"Winchester" is a supernatural horror movie set in 1906. After receiving her husband's company after his death, Sarah Winchester (Helen Mirren) begins to feel that she is being haunted by malicious spirits.
By Michael Friedman — Contributing Writer
Published: February 12, 2018

It’s frustrating to see horror filmmakers, who are in one of the most imaginative genres in film, make movies that are completely devoid of creativity. Co-directors Michael and Peter Spierig have made a horror movie that isn’t scary, and in doing so, have committed a cardinal sin of filmmaking. Rather than terrifying, “Winchester” is simply boring.

Starring Helen Mirren and Jason Clarke, “Winchester” is about Sarah Winchester, the grieving widow of William Winchester. William owned the Winchester Repeating Arms Company, known for producing rifles. After he passes, it goes into the hands of Sarah. When Sarah feels that her house is haunted by spirits who have been killed by her company’s weapons, the board of the company brings in psychiatrist Eric Price (Clarke) to determine if she is still fit to run the company. When Dr. Price arrives, he starts to see spirits around the house and question his own sanity.

Only one part of that premise is somewhat interesting: the spirits. Unfortunately, all of the “scares” in the movie are jump scares and none of them are effective. In one instance, Dr. Price looks at himself in the mirror. The mirror turns away, seemingly of its own accord. Dr. Price turns it back. This happens four more excruciating times, and then a spirit appears and scares him. It’s insulting. Jump scares are the cheapest cliche in the horror genre, yet the movie uses them an exhausting number of times. However, there are moments involving Dr. Price that have elements of psychological horror. He believes spirits aren’t real, so when he sees them he questions his mental state. It would’ve been more engaging to see the movie show more of this conflict instead of dull scenes of Dr. Price evaluating Sarah. These scenes are filled with dialogue and no action. The actors speak their lines like they are reading them.

The acting in the film is decent at best. Mirren seemed to be the only one who had the potential to give this movie some life. Unfortunately, her character is written so poorly that not even the best actress could make her interesting. Mirren does an effective job at communicating Sarah’s grief. There is a vulnerability in her character that shines in the scenes when she is discussing her deceased daughter. On the other hand, during scenes when she needs to act scared, her performance is lacking. For example, during a scene in which a possessed family member shoots a rifle at Sarah, she has an expression of apathy, looking like she just woke up from a nap. Mirren’s face doesn’t show fear; it shows boredom. On top of the mediocre acting, Sarah is a one–dimensional character. She has no depth, and the audience doesn’t get to see what’s going on inside her head. The only thing the audience knows about her personality is that she is grieving and cares about her family. This is not enough to make an interesting and empathetic character.

Sarah’s niece Marian Marriott (Sarah Snook) and Marian’s son Henry (Finn Scicluna-O’Prey) are also living in the house. Sadly, nothing is added to their characters besides a weak backstory about Marian’s husband’s death. They are only in the movie to fulfill two things: Marian gives the audience exposition in the beginning, and Henry is a token sympathetic character who gets possessed by spirits. Since the audience knows nothing about Henry, it doesn’t feel any tension or empathy when he is possessed. It also doesn’t help that Scicluna-O’Prey’s acting was emotionless and robotic. Child actors are hits or misses, and he is a miss.

This movie also relies heavily on CGI, but the effects are laughable. During a scene where Dr. Price puts his ear into a pipe to listen to a noise he heard, a CGI finger comes out and tries to poke him; it comes across as hilarious. Plenty of horror films have had effective monsters on a small budget. This movie’s budget was $3,500,000. Compare that to “The Evil Dead,” which had a budget of $350,000 and used practical effects such as prosthetics or make-up to make terrifying monsters. Bad CGI takes the viewer completely out of a film. The last act is heavily reliant on CGI, and almost none of it looked passable.

Almost nothing in “Winchester” works: not its poor CGI effects, flat characters, lack of tension or decent-at-best acting. “Winchester” is a cliched, boring waste of time.