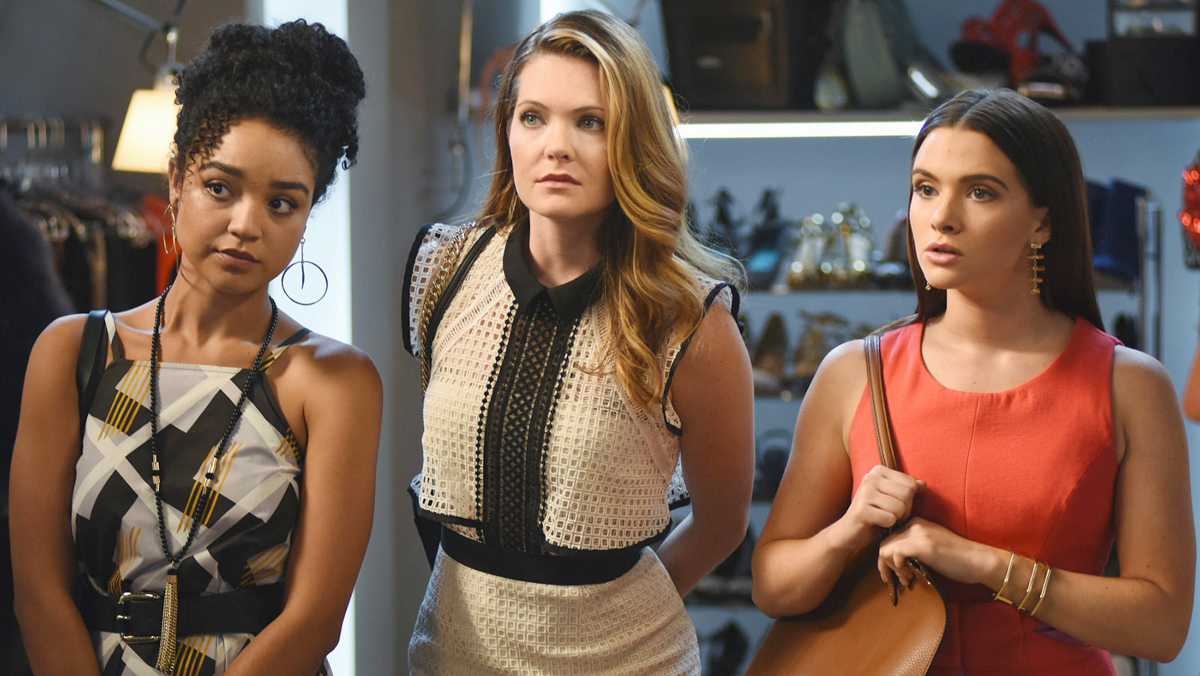 “The Bold Type” is a hidden gem that is quietly reinventing the rules of network dramedies.

The first season of Freeform’s workplace dramedy introduced viewers to the lives of Jane (Katie Stevens), Kat (Aisha Dee) and Sutton (Meghann Fahy), three twenty-something women living in New York City trying to reach their career goals while dealing with their respective personal drama. If it sounds like a played out premise on paper, that’s because it is. However, there is nothing monotonous about “The Bold Type,” and the second season further develops its distinctive style.

Since the beginning of season one, the central character’s lives have considerably changed. In season one, Jane was a newly promoted staff writer at the fictional women’s magazine Scarlet — where she fixed her problems by quite literally writing her way out of them. Kat thrived as Scarlet’s social media director and excitedly pursued her first female crush, Adena (Nikohl Boosheri), while Sutton struggled to advance in her fashion career and save her complicated relationship with her boyfriend Richard (Sam Page).

By season two, all three characters’ problems have intensified. Jane is forced out of her comfort zone writing for a new publication. Kat acquires more work responsibility and new relationship challenges. And Sutton faces heartbreak and self-doubt in her new position as a fashion assistant.

From the pilot episode, the show established its dedication to sincerity over sensationalism. The show’s conflicts never feel like drama for drama’s sake, which help it avoid frustrating plotlines that often hurt other shows of its genre. This commitment to nuanced storylines and characters is represented perfectly through Jacqueline (Melora Hardin) the editor in chief at the central trio’s workplace, Scarlet magazine. Jacqueline’s character is one that is rarely found in dramas — a compassionate, patient and motivational boss who doesn’t exist only to antagonize the protagonists but rather to support them. The show could easily pit Jacqueline against the women for simple and predictable conflict, but instead, it gives the women a reliable mentor to guide them through the other much more compelling challenges they face. This lack of catfighting averts the common and unnecessary trope of female characters tearing one another down for drama.

As challenges and complications arise in Jane’s, Kat’s and Sutton’s lives, they deal with them in a method unheard of in most television shows — communication. When Kat confronts Jane about her ignorance toward her own white privilege in “Stride of Pride,” it’s done in a solicitous and thoughtful conversation rather than an overblown argument. Seeing characters express their feelings in a consistent and responsible way gives them a level of grounding that makes them instantly relatable and easy to care about.

This also allows the characters to be simultaneously inspiring and flawed. All three women are unapologetically confident, ambitious and sincerely supportive of one another — qualities that are a rarity for female characters in media. And better yet, the show allows them to remain human alongside their competence, letting them make mistakes — sometimes grave ones — but always for the purpose of growth.

The second season contains increasingly controversial subject matter without neglecting the characters’ interpersonal relationship issues. Subjects like slut–shaming, immigration and affirmative action are presented just as deftly in the characters’ lives as dating and work trouble, which prevents episodes from feeling like a ’90s-style after-school special.

While improving upon the foundation set by season one, season two also course-corrects the lack of development for Sutton, who was the least fleshed-out character last season. Sutton’s richer storylines this season not only underline Fahy’s understated performance even further but prove to be among the season’s high points. Episodes centered on her such as “Betsy” and “Trippin” deal with heavy subject matter like the gun control debate and alcoholism respectively, showcase the best of what the show has to offer: complex character arcs, inspired dialogue delivery and prescient plot points.

In a world populated by increasingly bleak and gritty series, there’s something refreshing and comforting about a show that is simultaneously germane and lighthearted. “The Bold Type” demonstrates that a show can prioritize both high-stakes subject matter alongside personal drama, and deal with both without flash and melodrama — and by doing so, it has set a standard by which all dramas should aspire to reach.

Review: Superhero’s second season fails to live up to legacy