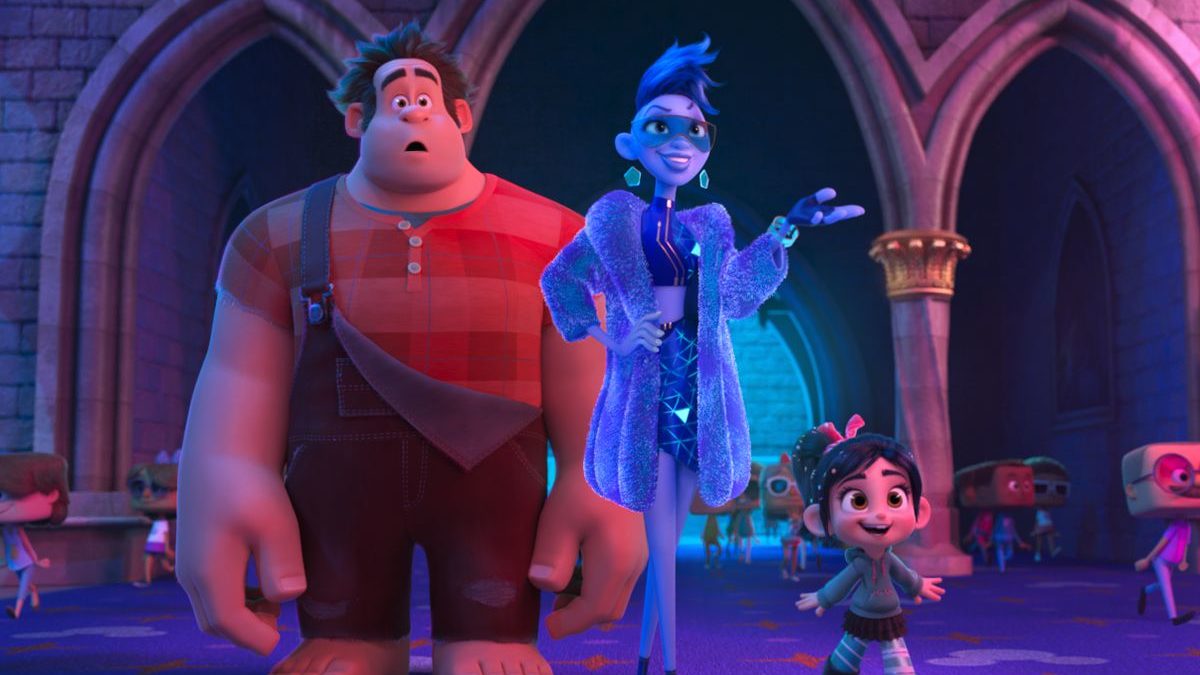 “Ralph Breaks the Internet,” the sequel to Disney’s “Wreck-It Ralph,” is a perfect movie for this internet generation as it paints a colorful, lively picture of the internet while providing a heartwarming story about friendship and personal growth.

“Ralph Breaks the Internet” follows the story of Ralph (John C. Reilly), the lovable video game villain with a heart of gold from the fictional ’80s game, Fix-It Felix Jr.; and Ralph’s best friend, Vanellope von Schweetz (Sarah Silverman), is a racer in the fictional racing game Sugar Rush. After Sugar Rush’s steering wheel breaks in half and the game is put out of commission, Vanellope starts to wonder what she’ll do without racing. To help save her game, Ralph and Vanellope head into the internet to order a new steering wheel from eBay.

The movie portrays the internet as a massive futuristic city: Towering skyscrapers and buildings represent major websites, flying cars represent web surfing and shady back alleys represent the dark web. Every location in the movie captures the essence of each website or app it’s supposed to embody. Disney did a perfect job capturing the unfathomable size of the World Wide Web, making the setting seem mind-bogglingly vast and nearly impossible to navigate. This adds to the peril of the situation, often making Ralph and Vanellope’s quest seem insurmountable.

The main plot juggles intense topics of insecurity, anxiety and unhealthy relationships. It focuses primarily on the lack of trust between Ralph and Vanellope and highlights the importance of being honest and understanding in friendships. The original “Wreck-It Ralph” is not afraid to point out darker story elements like discrimination and isolation. The first movie focuses on a severely depressed and lonely Ralph living in a world where everyone is scared of him and treats him like a maniac. “Ralph Breaks the Internet” doesn’t shy away from its own dark tones. Instead, it dives headfirst into its troubling and visceral message.

“Wreck-It Ralph” also stands out for its references to pop culture. “Ralph Breaks the Internet” takes that element from the first movie and amplifies it, moving away from exclusively referencing video games and expanding into a wider range of media. The movie depicts familiar websites and apps like Pinterest, Instagram and Twitter. “Ralph Breaks the Internet” features recognizable characters, memes and people like Grumpy Cat, Chewbacca Mom, YouTubers Miranda Sings, iHasCupquake and even the Disney princess “family.” By bringing in all of these fun Easter eggs for viewers, the movie almost becomes a game for viewers to play. It’s exciting to see a favorite website or internet icon woven into the plotline. It’s even more engaging to be able to relate to the internet experience depicted on screen. Many people have a personal connection to what “Ralph Breaks the Internet” references, and it heightens the enjoyment exponentially.

Aside from referencing pop culture giants, “Ralph Breaks the Internet” also keeps old, charming characters from the first movie, characters like Fix-It Felix Jr. (Jack McBrayer) and Sergeant Calhoun (Jane Lynch). New, equally likable characters — including Yesss (Taraji P. Henson) and Shank (Gal Godot) — are introduced as well. The pop culture figureheads, old characters and the new, all come together to make a perfect cast of wacky and hilarious people who complement the story and setting.

The Disney princesses are some of the most enjoyable elements of “Ralph Breaks the Internet.” After they meet Vanellope — who is technically a Disney princess — they give her tips on how to conduct herself as royalty. The addition of the princesses allows Disney to poke fun at itself and comment on how dumb the tropes in Disney movies can be. It is refreshing to see Disney actively breaking some of its old habits through its recognizable characters.

However, at times, the references to internet trends can seem superfluous and can get tiresome. At certain points, the story takes a serious route, but unnecessary references just keep getting thrown in. During the movie’s climax, Ralph uses the Pinterest pin logo as a weapon. It’s comedic, but the last thing a decisive cinematic moment needs is needless comedy. It would be nice if the movie could take a break from the onslaught of references to let audiences breathe.

It’s great to see these memorable characters kicking butt once again. The expansive and beautiful setting, dynamic story and engaging characters ensure that “Ralph Breaks the Internet” lives up to its predecessor. The Walt Disney Studios does not disappoint with this breathtaking animated film.