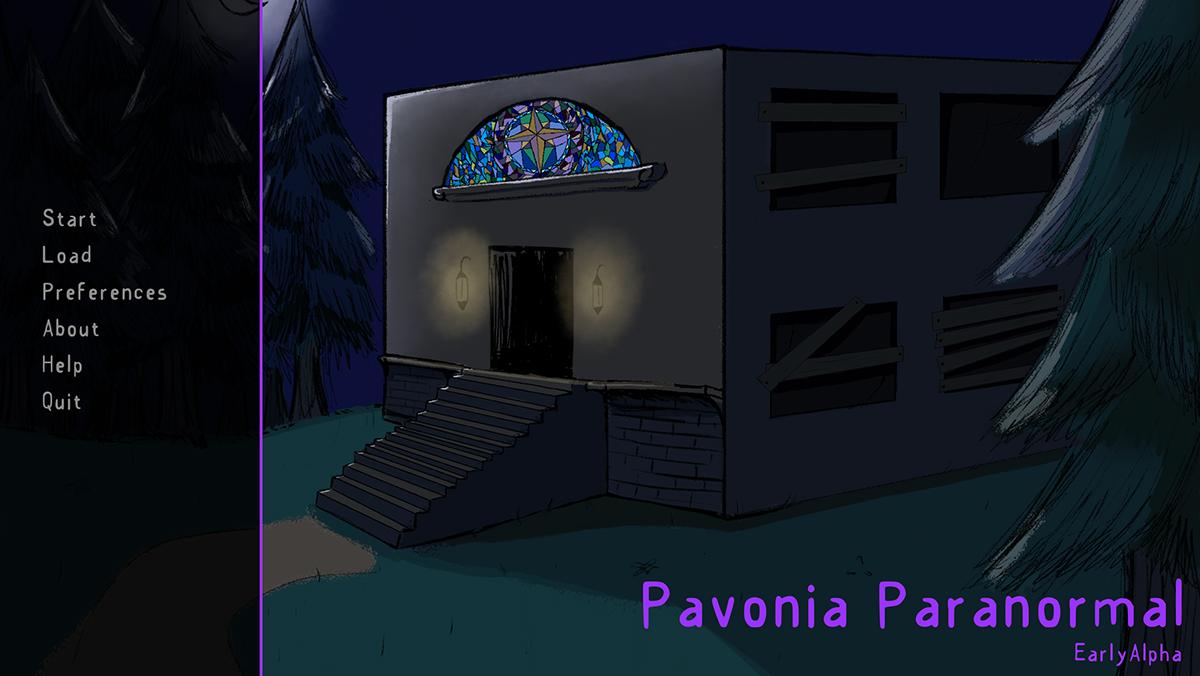 In the video game, “Pavonia Paranormal,” a young adult is stuck living a lonely life as a pizza delivery driver when one of their friends, Fern, invites them to go ghost hunting in the made-up town of Pavonia. The ghost hunters find themselves in some scary situations and it is the player’s job to decide how to escape.

“Pavonia Paranormal” is a video game that senior Xing Ke, who is a screenwriting major and animation minor at Ithaca College, created for their senior project. Ke said they had planned to go to Los Angeles this spring for an internship but was unable to because of the COVID-19 pandemic. Instead, they decided to build their own internship by making a video game.

They said they pulled together a 10-person development team composed of friends from outside the college and people interested in the project. The team started planning out the game in Fall 2020, and plans to complete the game in Fall 2021. It will be available for anyone with the link to play on gaming platforms like Itch.io or Steam.

Ke said the video game is a visual novel and dating simulation with mini-games throughout the script. Visual novels are text and image-based video games that tell stories in interactive ways, and dating sims have the player create relationships with the other characters by making story-based decisions. Ke’s game mixes elements of both genres with a horror twist. Despite the game telling a horror story, Ke said there is humor mixed into the dialogue. Ke said there are many secrets for the player to discover depending on the choices they make.

“When you show up, you’re overwhelmed by how cool and hot and sexy [the sim characters] are and you’re like, ‘Oh my gosh, I have to be cool for these people,’” Ke said. “Maybe, maybe I can swing a date with one of them. And then chaos ensues, demons happen.”

Alex Estabrook, instructor in the Department of Media Art, Sciences and Studies, was the faculty adviser for Ke’s project and oversaw their work. Estabrook said Ke adapted well to the project by putting hard deadlines on everything and finding solutions to every problem.

“Ke is wonderful to work with,” Estabrook said. “They are organized and self-motivated. When Ke described how they approached their work, leadership style, vision and timelines, I recognized the tendencies of successful industry professionals. I was there to bounce ideas and make suggestions, but as soon as I saw what Ke was working on, it was clear to me that they did not need my help in the creativity department.”

Bee Stepp is the composer and sound designer for the game who connected with Ke on social media. Stepp said they have been playing music since middle school and started creating music on their laptop in high school. Stepp said this video game is the next step on their creative journey.

“[Ke] is the main scriptwriter for the game, so it’s their story,” Stepp said. “But the artists were allowed to kind of be independent. We have a certain degree of independence on our art.”

Sarah Gleason attended high school with Ke and is the co-writer and editor on the video game.

“I was really excited to be part of this,” Gleason said. “I studied English in school, but my current job does not have much to do with that. So it was very cool to have this creative outlet and to be part of this project with so many talented people while still having my job. It was such a great opportunity.”

Priya Dandamudi is a junior at the University of Michigan majoring in computer science and film, television and media. She reached out to Ke through Twitter about assisting on the project. Dandamudi said she has experience writing movie scripts and coding, and fell into the head-coder role. Dandamudi said she has never been involved in developing a video game before, but this project helped her learn the ins and outs of the process.

“I’ve had ideas in the past of making video games, but I’m not the best artist or anything like that,” Dandamudi said. “So working on a team like this was really great. But figuring out the logistics of trying to get things to work was challenging. Especially when most of the people on the team aren’t coders and walking people through how to make sure things look good on their screen.”

Dandamudi said she wanted to be part of making this game because the internship process is very daunting.

“A lot of people in the tech field think that internships are the only way to move forward with your career and look like you are actually applying your skills,” Dandamudi said. “I helped with this because it was fun and interesting. I never had time to workshop an entire video game by myself, and it is something tangible that we made with a fun group of people.”

Gleason said that because of Ke’s organization and the great teamwork, the team was able to make good time and have fun with the project. She said that because everyone was very communicative through online platforms, they did not have many challenges.

“Everyone is very open to ideas and most of the time we are in a collaborative setting,” Gleason said. “Ke is very good at coming up with creative concepts and really emphasizes to the entire team how we get from point A to B.”

Ke said they had always wanted to work on a video game and were happy to have the opportunity to do so.

“This is a role that I never thought I would fulfill,” Ke said. “I remember going to class and learning about being a producer and thought that this was something I would never want to do. Now I kind of like it. I have already talked to my development team and I have another concept for a video game and I want to keep going.”

Katie Krom can be reached at kkrom@ithaca.edu