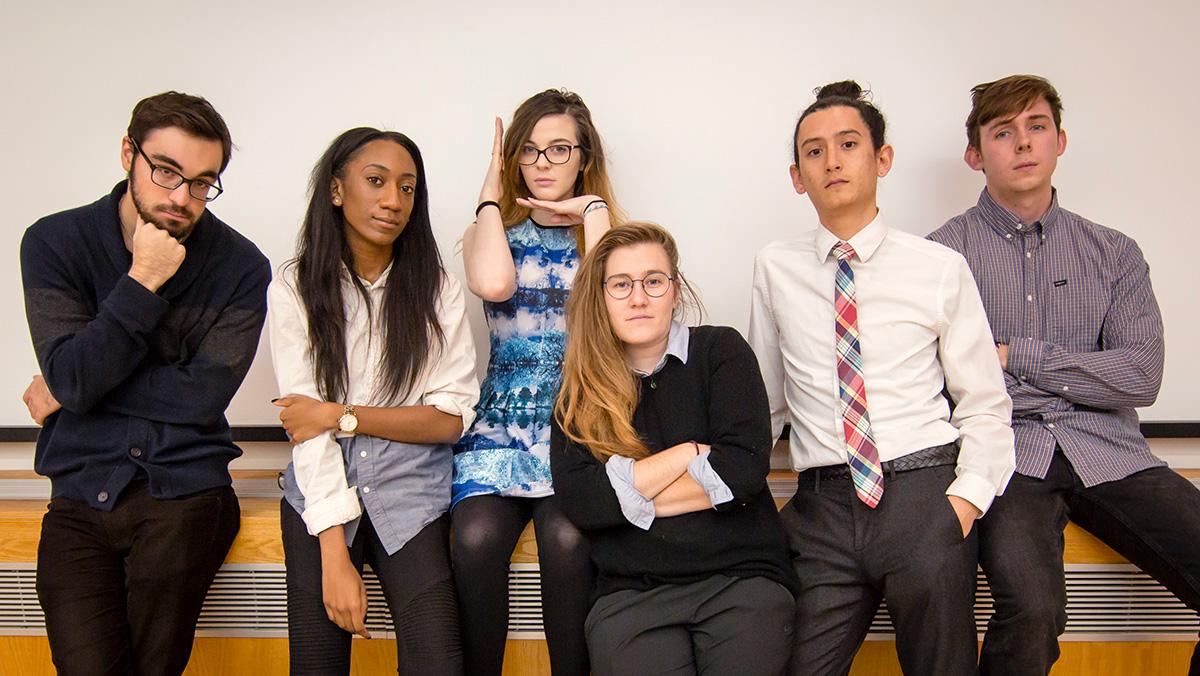 Courtesy of Eduard Mostert
3 Point Productions, one of three student production groups from the Documentary Workshop class, focused its documentary on coal mining in West Virginia, where work is scarce. The senior thesis films will premiere Dec. 8.
By Taylor Zambrano — Life and Culture Editor
Published: December 7, 2016

Every year, students from the Documentary Workshop class, the capstone course for documentary studies majors, split into three groups and produce investigative or in-depth stories. The result this year is three student-run films, on these three topics, that will be screened Dec. 8.

This year, the documentaries include “Not my President,” “Confessions of a Sugar Baby” and “Walk on the Mountain.” For each film, students traveled to major cities, including New York; Washington, D.C.; and Philadelphia. The students’ projects were partially funded by the Roy H. Park School of Communications and alumni donors, but students also had to raise their own funds and spend multiple semester breaks traveling and filming. The class is taught by Ben Crane, associate professor in the Department of Media Arts, Sciences and Studies. 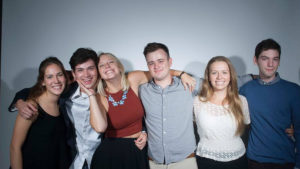 After Donald Trump was elected president, Liguori said, his group decided to cover the protests and strong community reactions that were popping up all over the country.

“We wanted to capture everyone’s feelings, emotions and reactions to how they’re feeling about Trump being elected and what they want to do to change it,” he said. “Also, we talked to some people who were against the protest.”

Lawrence said the topic was exciting to document because it’s something that will one day be an important historical event.

“There’s never been this kind of uproar after a president has won,” she said. “Our professor was telling us this is going to be … a documentary that shows a moment in history, and you can take it out and rewatch history, relive it by watching this.”

Abbott said that after a protest she attended last month in Philadelphia with another group member, she asked protesters if they would be willing to be interviewed, and they lined up, waiting to articulate their feelings to them.

She said 1 Track Media spent $2,000 within the month the group was working on the project, finding protests through Facebook events that took place in New York City, Philadelphia and Washington, D.C.

The group also visited third–graders and incorporated their perspectives into the film.

“It was just shocking how upset and sad even they are, and they don’t understand,” Lawrence said.

“Confessions of a Sugar Baby” looks into the world of sugar dating, in which young men and women — “sugar babies” — offer companionship to wealthy benefactors — “sugar daddies” and “sugar mommies” — in return for compensation, whether monetary or otherwise. Juniors Emily Stubb, Alana Herlands, Dani Weinstein, Bob Pease and Samuel Paulson, who produced this documentary, call themselves 2 Real Productions. 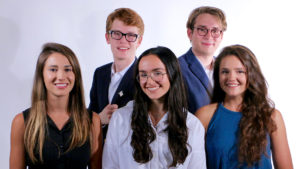 Weinstein said they decided to document sugar babies because they had read many of pieces about the topic online, which focused on exploitative aspects of sugar dating. She said her group decided to follow the daily lives of three specific women who were involved in sugar dating.

“Through the process, we found that our thesis and our angle is more toward the fact that these three women have suffered from abuse and assault,” she said. “They’re broken women, and that is the factor that has led them to … becoming sugar babies.”

She said her group was able to get into contact with a spokeswoman for “Seeking Arrangements” — a dating website that connects sugar babies, daddies and mommies — and she helped lead them to their sources.

Herlands said it was difficult to obtain the full story in just one semester.

“With these subjects, it’s such a character-driven story that we really, really need more time with these people,” Herlands said. “It’s such a short period of time to make such an intimate documentary. It was definitely a challenge.”

Paulson said they learned a lot of personal information about these women and found many commonalities among them.

“They find this as almost a way to, like, empower themselves and reclaim themselves — through dating and demanding, kind of, what they want out of a relationship,” he said.

Paulson said 2 Real Productions traveled between New Haven, Connecticut; New York City; and Burlington, Vermont, several times throughout the semester. The group raised a total of $1,500 in order to fund its travel amenities.

“Walk on the Mountain” was produced by 3 Point Productions, the team made up of seniors Will Gregg, Madeleine Van Dam and Eddie Mostert; juniors Onika Richards and Luke Watkins; and sophomore Julia Keahey. The film focuses on coal mining in West Virginia.

Van Dam said Gregg had found an article in The New York Times about Tom Clarke, owner of a nursing home chain, who is buying out old coal mines and reclaiming them by planting trees to offset the amount of carbon emission.

“We’re talking about this area of West Virginia that doesn’t have a diversified economy. Everything is dependent upon the coal industry,” Keahey said. “Coal is not selling well, natural gases are at an all–time low, the coal industry jobs are less and less … and coal is less underground and more surface mining. So this area of West Virginia … really has nothing, and they feel very overlooked by the rest of the country.”

The documentary explores if coal will be revived and what will happen to the area in the future.

Van Dam said 3 Point Productions raised just over half its goal, collecting $1,655 through its Gofundme account. The group spent 13 days, including the entirety of fall break, filming and editing in West Virginia.

Watkins said that during the filming process, he and his group members began to realize how taxing the work for this project was because of the traveling, long hours of filming and editing.

“It was more of a course that evolved into a lifestyle because we planned our schedules and our lives around this film,” he said. “Spending so much time on it, you realize ‘I’ve spent so many resources and whatever comes out of it is a complete project’ — that’s exceptional.”