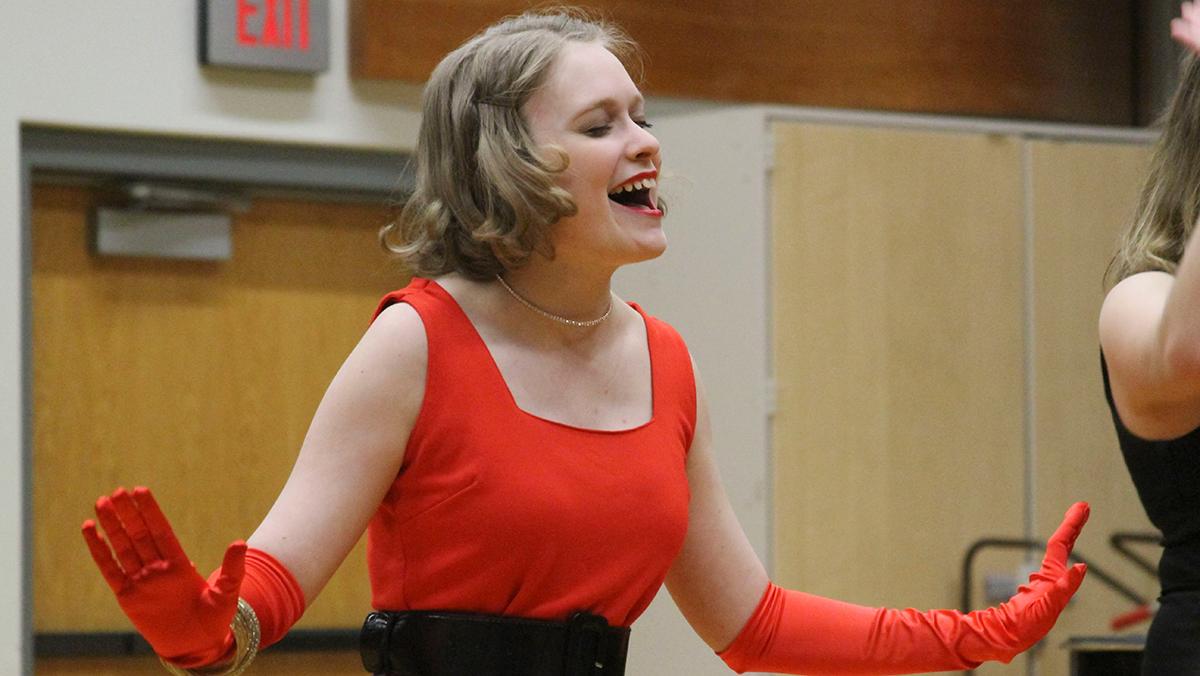 Marilyn Monroe addresses her overtly ever-present objectification while her backup dancers practice a number for “Some Like It Hot.” A housemaid and a stripper attempt to control the romantic feelings they have for each other during the 1930s, when homosexuality was rejected. High schoolers challenge the status quo and expectations from society after experiencing bullying and prejudice.

These are all scenes from plays recreated by Routine Disturbances, Ithaca College’s show choir that performs stories through dance and song once a semester. The coed group was established four years ago by Adam Lee Secor, who graduated in December 2016. On April 21, Routine Disturbances performed its spring showcase in the Walter Beeler Rehearsal Hall in the James J. Whalen Center for Music.

The hourlong show was split into two acts: one devoted to hopelessness in politics, the other to hopefulness. Junior Julia Kesel, co-director of Routine Disturbances, said that when the group was organizing its songs, it started linking songs together so Act Two songs would juxtapose Act One songs, giving the performance a cohesive message.

“For example, in the first act, we did a song called ‘The Negative,’ from ‘Waitress [the Musical],’” Kesel said. “It’s about a potentially unwanted pregnancy. … And it was a funny number, but that wasn’t the issue. To correspond with that, we included the song ‘Positive’ in Act Two, from ‘Legally Blonde,’ where the main character … has hope for the future.”

Kesel said many of the selected songs reflected how the group feels about politics and that this showcase in particular was more politically fueled than previous showcases. 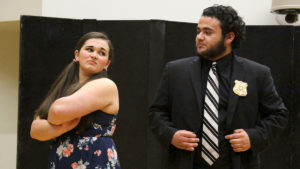 Freshman Tiani Chantelle and Frankie DiLello sing “Don’t Be the Bunny,” a song about government rule from the musical “Urinetown.” Kate Nalepinski/The Ithacan

“About a week after [President Donald] Trump was inaugurated, we had our callbacks, and we created the set list,” Kesel said. “We ended up picking songs that had issues regarding unwanted pregnancy, inequality, oppression, insecurity, bullying. These were all issues we felt we connected with.”

Junior Courtney Ravelo, who is new to Routine Disturbances as of this semester, said she felt it was important that the group utilized a form of entertainment to say something political.

“The nation is very separated right now in terms of politics,” Ravelo said. “And theater … pulls people together from different tracks of life, and it has a lot of power. Theater has been used for social change forever, not just as a way of entertainment. As a college campus, we decided to say something political.”

Sophomore Sammie Watts, who has been involved in Routine Disturbances for three semesters, said these themes were present in “Let’s Be Bad,” the number performed from the television show “SMASH.” The song explores themes of objectification, femininity and independence. In this song, Watts played Monroe during a time when Monroe coped with societal pressures through drug abuse.

Audio Clip: “Let’s Be Bad,” performed by sophomore Sammi Watts and other Routine Disturbances members, addresses objectification and drug addiction from the perspective of Marilyn Monroe.

Ravelo participated in a later number, “What About Love” from “The Color Purple.” Set in the 1930s, Ravelo played Celie, an abused housewife who realizes she’s in love with Shug, played by freshman Shyala Jayasinghe.

Ravelo said “What About Love” is a powerful song for social change because it addresses social issues.

Kesel said “What About Love” is about self-acceptance and loving others. She said she believes creative spaces should be used to express emotion — something Routine Disturbances does regularly.


“Especially since the arts … are being cut from schools, we feel that it was really important to show how we can show what we’re passionate about politically and put that into something else we’re passionate about — being the arts,” she said. “[We can] use the creative space to state how we were feeling. [Theater is] the safest place to do that.”