Snapshot: How to save a piss-poor party 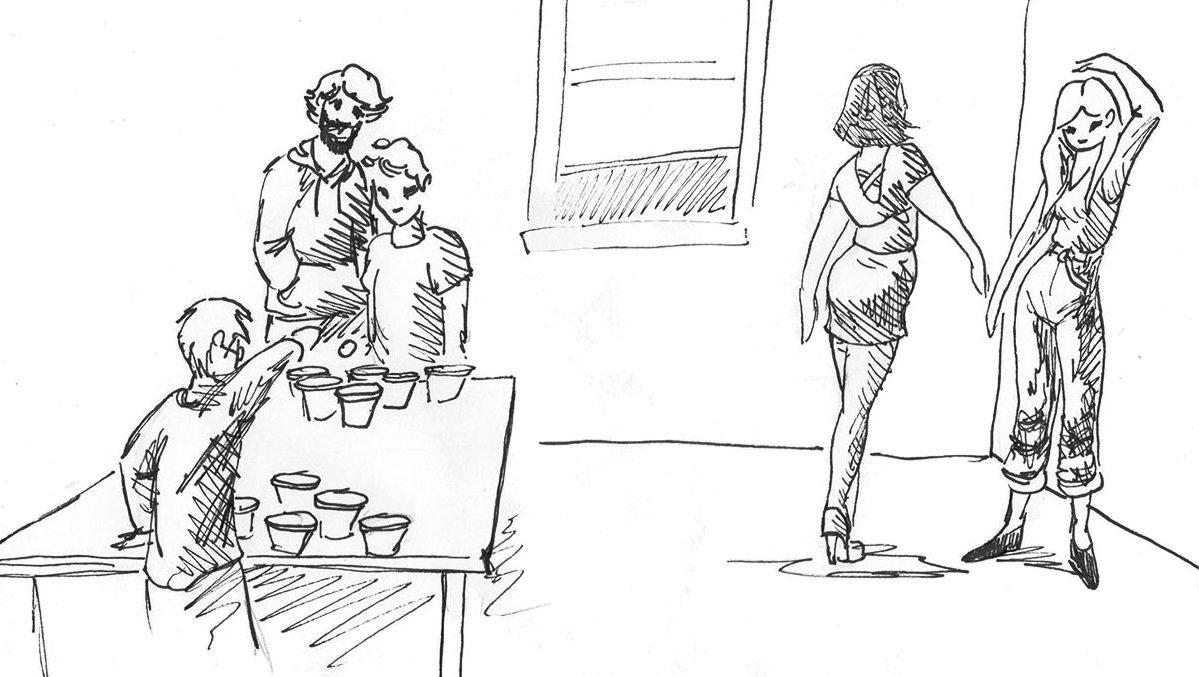 * Editor’s Note: The Ithacan‘s journalistic coverage of the campus often focuses on formal announcements and events. In doing so, we overlook some of the aspects of college that students will remember most. This “snapshot” is the fifth in a series of narrative accounts highlighting the student experience in Ithaca.

It’s a Saturday night. And word is there’s a party worth going to.

It’s being dubbed an end of the year blowout — a way to reminisce with seniors who are graduating, but otherwise dedicated to drinking enough to forget everything else. A keg and a “semi-professional” DJ has been promised, which really just means a frat boy will be hogging the aux with Chainsmokers songs, but people expect it to be a solid party. Free booze and a dance floor is an offer any college student would subscribe to.

Step one: squad up.

Even the best parties need a pregame to numb the social anxiety. So as the partygoers take final shots before making their way out, they plan their shenanigans for the night. To put it professionally, they were goal-setting.

“I wanna dance on a table!”

Their expectations continue to rise as they meet up with more friends and head to the party. When they arrive, the air is still, and the house they approach had no bass-blaring reverb emitting from its shingles like typical bangers emanate. 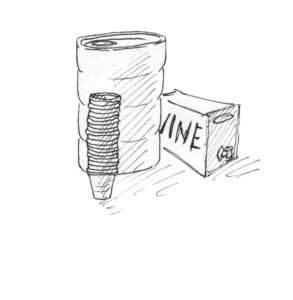 They walk inside and their suspicions are confirmed. Only a handful of people are present in the relatively small house. A game of pong is lazily being pursued on the kitchen table, two girls are awkwardly dancing with each other in the back corner. It’s 11 p.m. — not particularly late or early — so where the hell is everyone?

The Squad scans the room and the liquor table is located. Hallelujah. But the keg they expected is much less than a barrel and more like a jug — it stands no more than 13 inches high. Next to it is one case of boxed wine and a stack of teal solo cups. Yeah, they are teal.

A chorus of garbled hellos spill from the already lubricated guests as they approach the hosts of the party.

“So…where is everyone?” someone asks.

“I dunno, we invited a bunch of people.”

They nod. “Okay…why the hell did you buy teal solo cups?”

“They’re festive without being overly flamboyant.”

Obviously turned off by his answer, they walk away.

The party resumes awkwardly. There isn’t a large enough crowd to be anonymously drunk, so everyone is watching everyone, waiting for someone to take the lead as the party animal to shift the mood. But almost everyone is in limbo between sober and tipsy, so inhibitions have not yet been lost. The two girls are still dancing in the corner, pretending there’s a party ensuing around them when there really isn’t.

Some guy is vaping obnoxiously around the house. Ew.

But then, The Squad makes a discovery. The basement has a black light. And an INVISIBLE INK MARKER.

They go to town with that thing like they are toddlers without overprotective mothers prohibiting spontaneous body art. Then again, they are college students, so there’s not a huge 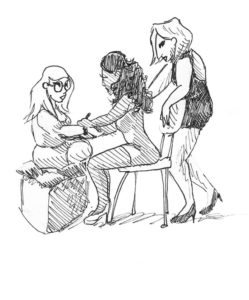 And as the creative juices start flowing, and the beer continues to be consumed, the shit-talking starts.

“You know what, fuck that professor. His class sucks.”

And because the party is far from overflowing, The Squad is the only group occupying the basement, continuing works of art on every limb they could find in the glow of black light. They laugh until tears stream down their cheeks at the attempts of drunken artwork, and they yell out frustrations about future jobs, internships and final grades into the concrete walls.

It isn’t long after they make it back upstairs that they hear a crucial sound.

“Uh-huh, this my shit. All the girls stomp your feet like this…”

The Squad freezes, immediately recognizing the call to the dance floor made by none other than Gwen Stefani herself. They rush to the part of the house designated for dancing, and immediately start belting, while vigorously shaking:

The remaining party guests don’t seem to find the same urgency The Squad obviously does in honoring the Hollaback Girl anthem. But it doesn’t matter. They twist and spazz around them without a care in the world. This is their party now, as defined by their distressing dance moves and Gwen’s 2004 hit.

The following playlist isn’t disappointing, and they continue their interpretive dance of each pop music hit that follows. Even though their requests for Toto’s “Africa” is denied multiple times, they are having fun, and they don’t care who was watching.

Now, it’s almost 1 a.m. and the party is winding down. People are giving heartfelt, desperate, sloppy hugs to those who they’ll probably see tomorrow morning, despite acting like they’ll never meet again.

As one woman nears the door, she notices a globe, sitting precariously on a table near the front door of the house. It’s like the ones found in elementary school classrooms, sitting on an axis, waiting to be spun at a 20 degree tilt.

What’s a party without a souvenir, right? Watching her hobble back to campus while hugging a globe inside her jacket is particularly entertaining, given the difficulty of the task. But when she wakes up the next morning, and sees the globe laying on the ground by her bed where drunk her left it, she’ll smile. And remember that it was a fun party.