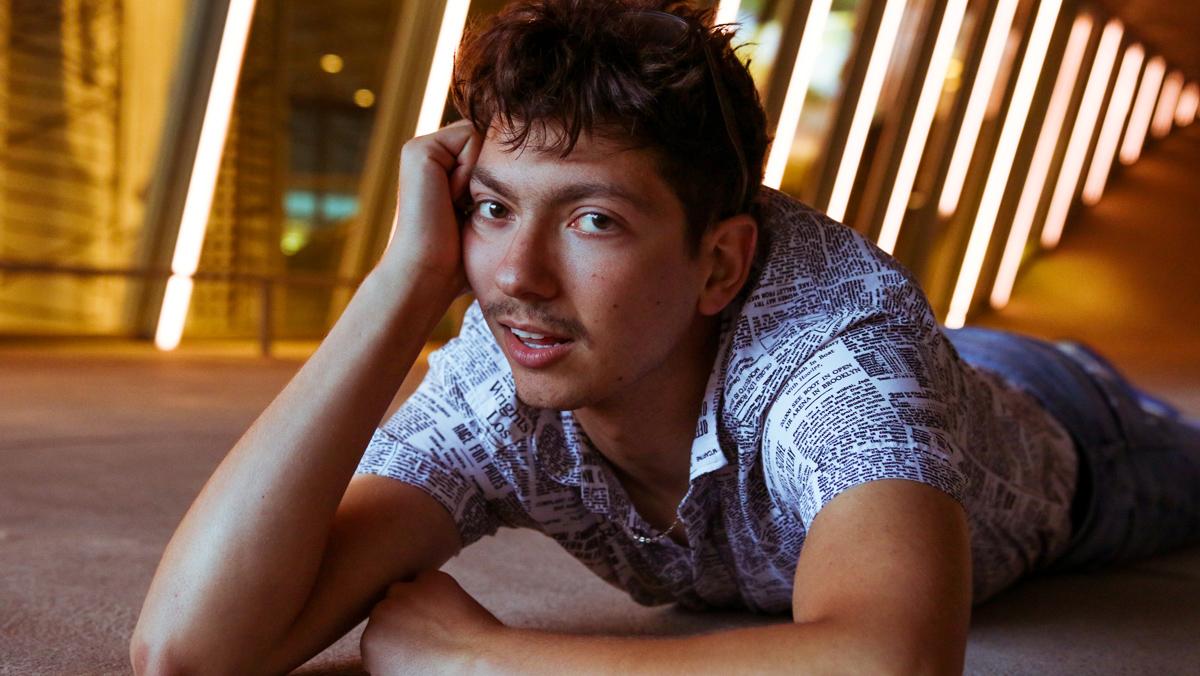 In a matter of seconds, Ithaca College senior Devin Kasparian’s plans for a simple photoshoot of a gallery turned into a mission to capture the perfect shot of rapper Kanye West. While living and interning in Los Angeles, Kasparian took on many photography challenges like this one. 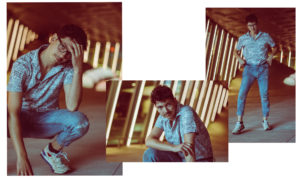 Kasparian, a film, photography and visual arts major, photographed artists at events through his internship at Flaunt Magazine during the 2019 spring semester, including the Maisie Wilen x Kanye West fashion launch. At first, Kasparian said that he was unaware that West would be at the event, much less that he would be photographing him.

“I walked in and one of my coworkers was there, and I was like, ‘Is there anyone I should get photos of here specifically?’ and they were like, ‘Probably Kanye,’” Kasparian said. “I had no idea he’d be there. I was really excited, of course, but I was like, ‘I’m not even going to get excited right now because I know this is an opportunity that I can’t ruin.’”

Kasparian said he got his start in fine arts as a child, and he enjoyed painting, drawing and sculpting. He said that upon entering high school in East Greenwich, Rhode Island, he started following his love of photography and filmmaking. After high school, Kasparian began shooting fashion and music events. Now, through internships, private photoshoots and working for on–campus magazines, he said, he discovered his love for photographing music events. 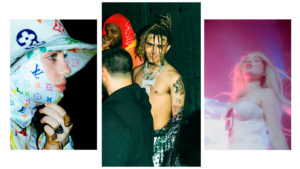 “I think coming from a fine arts background where I was trying to push limits helps me in photo and film work where other people come from more of a technical background,” Kasparian said. “I’ve always tried to step outside of the box.”

During his time at the college, Kasparian has been involved in extracurriculars like Distinct Magazine. One story he photographed was a feature about senior Luke Bonadonna, an art major. For the photoshoot, Kasparian tore apart his own photographs and combined them with Bonadonna’s materials and some of the quotes from the interview.

“It ended up getting such great feedback, and people really supported this idea that I had,” Kasparian said. “It fueled me. I was like, ‘Woah, if I can do this on a small scale, I can do this on a large scale, and if people are impressed or are getting something or some emotion or impression out of the work we’re doing here, I know I can do it on a larger scale.”

“There are people you run into who are incredible,” Kasparian said. “It’s a really inspiring location to be because there’s always so much happening. … Especially in the photo and film industry, it’s really important to be connecting with people all the time.” 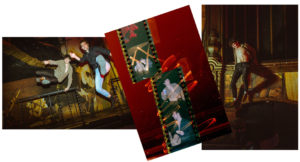 “I think when people think of working at a fashion magazine it can be like the ‘Devil Wears Prada,’ it really can be true,” Jackson said. “Devin is just one of the friendliest, most optimistic people. He puts a happy smiling face to an industry that can seem really serious.”

Another event Kasparian photographed for Flaunt Magazine was The Billie Eilish Experience, an interactive event debuting Eillish’s album, “When We All Fall Asleep, Where Do We Go?” Kasparian said he was dedicated to getting the best pictures possible, vowing not to leave until he was the last photographer there. Kasparian said he had to prepare for the event more than usual because he would be photographing Eilish herself.

“It was a really interesting situation because there was really low security,” Kasparian said. “I got to follow her around for 40 minutes, which was so amazing because, usually, you don’t get that much time.”

Kasparian said he also used this approach when photographing artist Lil Pump at the “Harverd Dropout” release party. This event was one of Kasparian’s first big shoots, his friend Caity Schmitz said.

“He’s not afraid to ask them to do what normal photographers would not ask them to do,” Schmitz said. “He has asked them to jump over things or leap and lay down. He has them do cartwheels and handstands.” 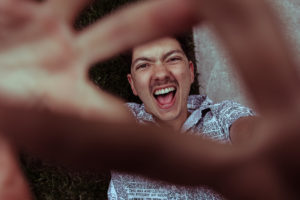 “Music photography is kind of crazy,” he said. “There’s a lot of movement, a lot of action. I was always dancing and singing songs while getting photos at the same time.”

Kasparian said for anyone who wants to pursue their passions, they should never back away from their aspirations or be afraid of the unknown.

“Chase things that are bigger than you,” Kasparian said. “When you feel like you are not reaching the expectations that other people have for you or that you have for yourself, just change your approach. You have to really believe that anything is possible, especially things that you think you’re not qualified for, you’re not ready for or you aren’t able to handle.”