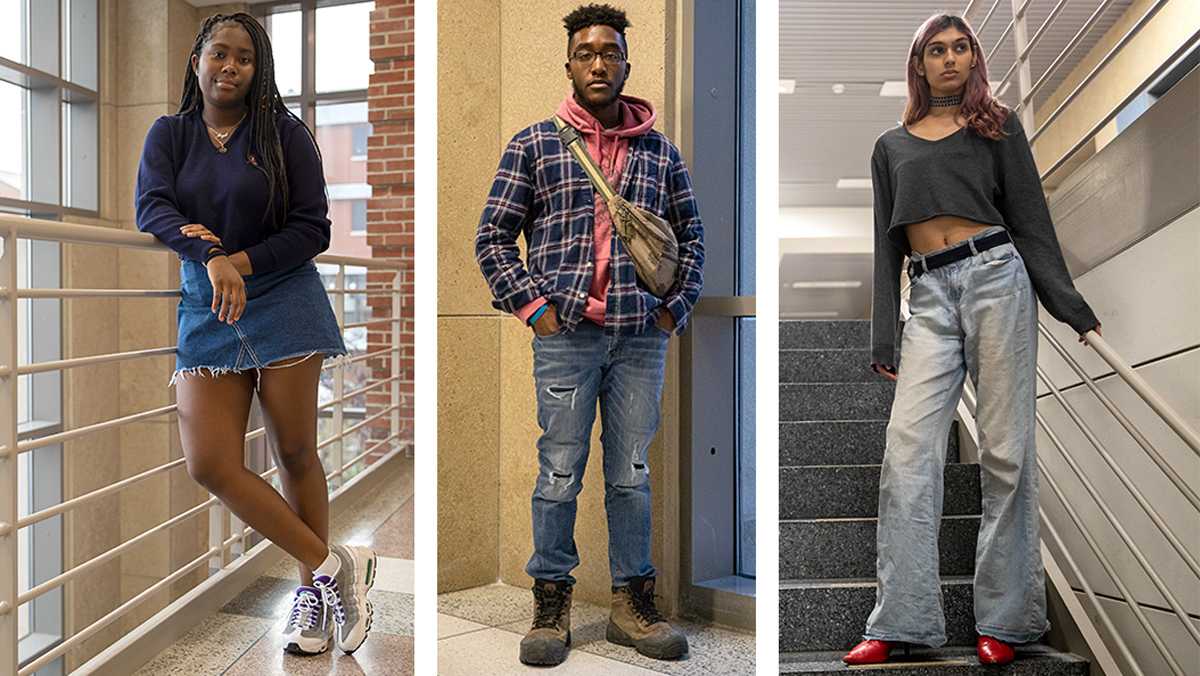 Sophomore Angel Sohu walks confidently to class wearing a crop top, bell-bottom jeans and red heels. She tops off her outfit with a puffy winter coat, but the chilly autumn does not stop her from showing some skin. Sohu said she uses fashion to express her identity.

College can serve as a time for students to step out of their comfort zone and explore certain aspects of life, fashion included. While fashion can sometimes be used a trite, materialistic means of status expression, many students at Ithaca College use fashion to explore their identities. 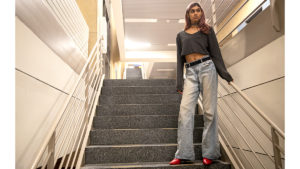 Sohu said she challenges her culture’s expectations by wearing outfits that make her feel confident and feminine.

“I’m an Indian woman, and Indian culture is just known to be conservative,” Sohu said. “Don’t get me wrong, I love my culture. I’m not one to hide that from anyone; I love being Indian. But part of why I wear revealing clothing sometimes, [is] obviously at the end for myself, but also just to kind of fight that whole conservatism clothingwise in Indian culture.”

Sohu has learned to embrace her style despite having encountered hostility for wearing certain clothes.

“I know growing up, … my extended family would be like, ‘Angel, what are you wearing?’” Sohu said. “‘That shows so much skin. Aren’t you worried about what men are going to think?’ It’s just very empowering for me to be able to take my own sexuality and my own … display of myself into my own hands.”

Culture and fashion also interlace for sophomore Maya Lewis. She wears black, rainbow–striped tracksuit pants with a black sweatshirt. Her newest pair of Nike Air Max sneakers is an addition to her collection of Nikes that has grown to include five pairs. 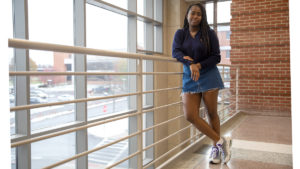 “In terms of sneakers playing a major role on black culture, my older brother, who’s 28, put a lot of emphasis on his sneakers when he was in high school,” Lewis said. “He would custom design his Nikes. As I got older, I started to also emphasize my sneakers. And also just caring about them while looking at them as more than just shoes but also a major part of my outfit and appearance.”

Fashion has also allowed certain students at the college to challenge gendered social norms. Sophomore Noah Lindsay wears baby-pink shoes, blue jeans and a baseball T-shirt that reads ‘Baby Slut’ in pink lettering. The shirt also happens to be a reference to his favorite show, “The Unbreakable Kimmy Schmidt.”

“I just try to use a lot of bright colors because I don’t really see a lot of men or male-presenting people wear brighter colors and wear pinks especially,” Lindsay said. “But by wearing pink colors like this I feel like it already challenges a couple stereotypes put into place.”

Fashion is a method of self-expression. It allows students to both break away from and feel connected to their culture. It’s also a form of self-reflection, allowing people to question social norms. However, some students have endured criticism for how they choose to dress.

Some male students experience judgment for putting effort into their looks. 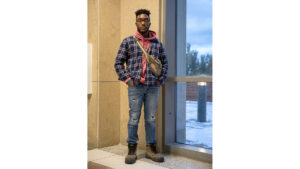 “I feel with culture, it’s kind of shunned upon when men care about their skin or care about how much effort they put into their hair,” freshman Simeon Alvarez said. “I feel like that should … stop, because I don’t feel like it should be a feminine or a girly thing to care about your body and the way you present yourself to others.”

Lindsay also said he uses fashion to tackle the toxic masculinity he sees in his culture. He said he takes pride in wearing clothes that can be scrutinized for being too feminine.

“Speaking as a black, homosexual male that was raised in a Christian household, primarily, growing up, I know the importance of toxic masculinity, specifically within the black community,” Lindsay said. “Masculinity is held to such a high standard. It’s held to such a standard that if it’s broken, it’s seen as taboo or you’re automatically labeled as gay or you’re weak. So to implement femininity within clothes or a sense of gender neutralness kind of breaks those stereotypes in a subtle way, in a way that shouldn’t upset people but also in a way that makes a statement.”

Agahigian said she chooses not to wear clothes with loud patterns or glitter because of society’s judgment of women with curves. Though the fashion industry is making strides through inclusive campaigns like #AerieReal, which does not use Photoshop and aims to hire diverse models, plus-sized women still experience judgment for their bodies. Agahigian said she is able to complement her body shape through certain styles, but during two incidents on campus, she was publicly shamed for her curves.

“I wear a lot of tight clothing because it shows off my curves and that’s good, I love that, but I definitely think this college could improve on it; I’ve had that happen to me twice in a year,” Agahigian said. “I was once walking on campus … and a girl goes, ‘Excuse me, I’m not trying to offend you but damn, you are curvy and thick,’ and I was wearing yoga pants.”

Sohu has also found herself in judgmental situations when expressing her personality through fashion.

“I’ve definitely had some days where I’ve worn some things and people have looked at me and been like, ‘What is she doing? Does she know we’re not going clubbing?’ and I’m like, ‘Why do you guys care so much, what’s the big deal?’” Sohu said.

As both a form of resistance and self-expression, fashion offers room for experimentation and forming identities.