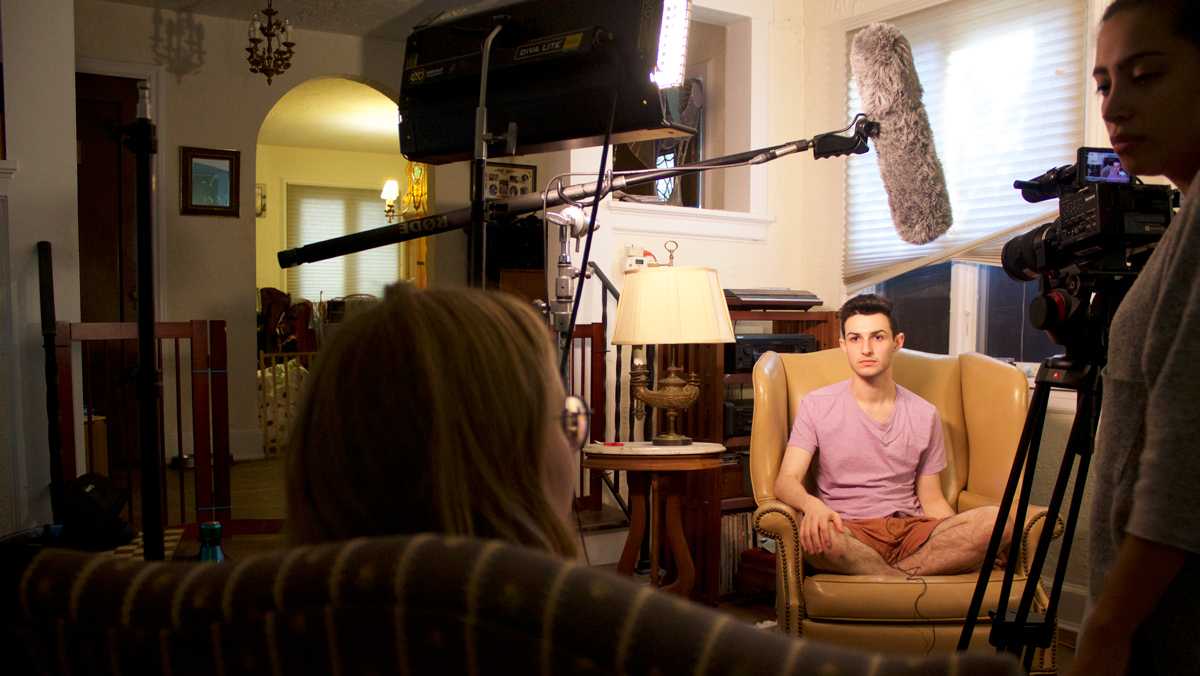 The lights in theater five of Cinemapolis dim, and the crowd hushes as the first student film illuminates the screen. The freckled face of a teenage boy posed with the task of completing a painting is displayed on the screen. Multiple versions of himself taunt him about his ability to produce artwork and ultimately meet his deadline.

The scene is the opener to “The Evolution of a Painting,” a student film created by junior Juliette Zygarowicz that was being shown as part of the Ithaca Student Film Festival. The festival held its second annual viewing Feb. 3.

The festival, which recognizes the film work of college and high school students, collaborated with The Studio, a media incubator for students who plan to work in the entertainment industry,  and screened 17 student-made films, 15 of which were made by students from Ithaca College. Submissions that come from students from schools other than Ithaca College cost $10 to enter.

“As a film student myself, I felt that there were limited opportunities after the end of the semester screening, and I wanted to make something to help all the other film students get things for their resume and compete for their work,” he said.

Last year the festival was only open to students from the college, but this year it expanded, Muhlstock said. In the future, he hopes to keep growing the scope of the festival so more students have opportunities.

Recognizing that this is many students’ first exposure to festivals, he said this one is a good introduction to the process of getting selected and will prepare students to submit their films into bigger ones in the future.

Junior Anna Gardner, programming director for The Studio, was in charge of putting together this year’s festival with the help of Carol Jennings, director of the Park Media Lab. Gardner took over this year because Muhlstock is studying in Los Angeles for the semester. Although Gardner helped coordinate the festival last year, her responsibilities for this festival were much larger, she said. This year, she was in charge of organizing the screening with Cinemapolis and helped create the program. Gardner said giving students access to a film festival provides them with valuable input on their work and shows them what to expect moving forward. 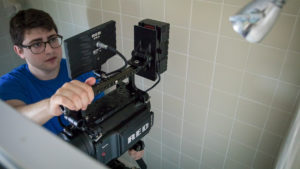 Jacob Steiner, co-producer of the film “Floating,” worked with his friend sophomore Andrew Hallenberg to shoot the film. The two try to collaborate each break to create a new film. (Courtesy of Andrew Hallenberg)

“The more opportunities students get to see each other’s work and show their work is better than the fewer,” Gardner said.

Sophomore Andrew Hallenberg was one of the students whose film was selected to be screened. His film, “Floating,” is a black–and–white avant-garde piece that he made with a friend from his hometown. The film, which is approximately 70 seconds in length, is intended to leave its message up to the viewer’s interpretation. Hallenberg said he had never entered any films into a festival before and was excited when his film got chosen.

“It’s a good feeling when someone recognizes the hard work behind a project,” Hallenberg said.

Hallenberg said that having his film screened at Cinemapolis, rather than at The Studio like last year’s festival, meant a lot to him because Cinemapolis carefully chooses what to screen.

“Just to have a movie that I made be screened on one of those screens, the same screen that other fantastic movies have been screened on, it means a lot to me,” he said.

Gardner said that for many students, seeing their films screened at Cinemapolis will provide a great opportunity that would be more difficult to achieve.

“It’s definitely fun to go to your local art house cinema and see your work up on the screen,” she said. 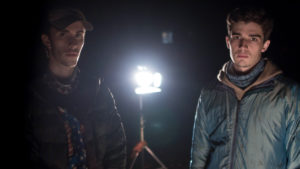 Seniors Corey Kline and Ian Smith played the two American citizens who were hunting undocumented immigrants in the film “Para Mi Madre,” which was shown at the festival. (Courtesy of Sam Hayden)

Junior Sam Hayden’s film, “Para Mi Madre,” won the Excellence in Female Acting award at the festival. He said being a part of a festival with his peers is exciting because it allows him to see work that he may not have been able to see before. His movie takes place in a futuristic America, where civilians can hunt down undocumented immigrants. The characters in the film are trying to escape America before they get caught.

“There are some incredible filmmakers here, and these are the kind of kids that are going to be in headlines someday and making some really incredible stuff,” Hayden said. “It’s cool to be able to see what I know will be early works of some really great filmmakers.”

The festival’s awards were chosen by a panel of alumni judges that consisted of Elizabeth Estrada ’12, Tyler Finck ’03, Elena DeLuccia ’16 and nongraduate alum of ’86 Michael McNeil. There were 15 categories that were awarded honorary plaques. Jennings said having a panel of alumni judges is beneficial for the students so they can get feedback from people who share a common interest. Since this is many students’ first exposure to a festival, having the panel gives them an opportunity to ask what judges look for when they evaluate films and what to take into consideration when taking their films to other festivals.

Sophomore Alison Walker’s film, “Facebeater,” a documentary about a drag queen, won Best Documentary Film at the festival. The documentary provides a behind–the–scenes look at the life of a drag queen. This was the first festival she had entered her film in, and she is in the process of submitting it to nine more. Walker said when she found out her film had made the program, she was happy because it’s a good feeling when people like your work as an artist. She said that although she is never sure if people will like her work, she is proud of the documentary she created.

“I didn’t just make a student film that turned out good, and I didn’t just do a class assignment that people praised,” Walker said. “I made a product that I’m really proud of. … I want to share this story and make more films.”