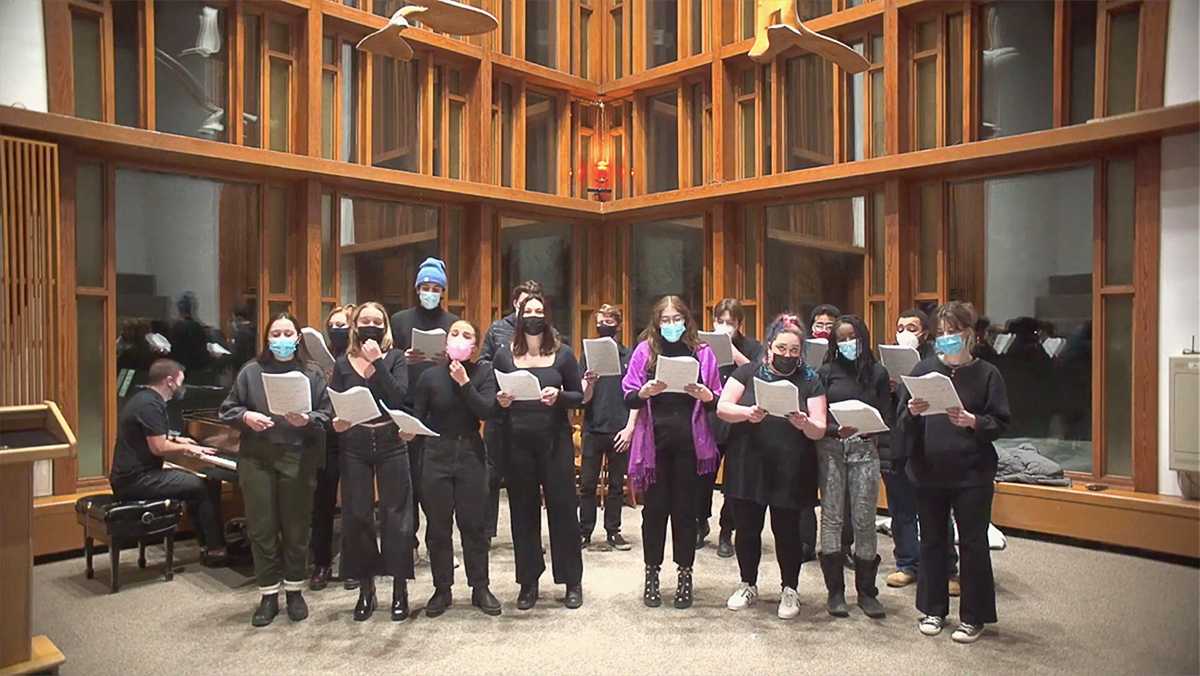 In 2010, Kathleen Mulligan, professor in the Department of Theatre Arts, went to Kerala, India on a Fulbright project. During her time there, Mulligan worked with women who were victims of domestic violence, focusing on empowering the women through voice.

After speaking to the director of the women’s shelter, Mulligan and her husband discovered that the program needed a vehicle to rescue women and their children in the night. The Mulligans raised the funds for an auto-rickshaw with the help of actors at the Hope Summer Repertory Theatre in Holland, Michigan, marking the first Wheels for Women Cabaret.

The funds raised by Wheels for Women support job training for shelter residents, assisting them in gaining financial independence and the ability to move away from their abusers. The goal for this year’s fundraiser is to contribute to funding the building of a permanent refuge for women and their children.

While the cabaret has ended, it is only the beginning of the fundraiser. While the fundraiser has already raised over $7,500 with 121 supporters, the donation page is still up and accepting donations in order to reach the $40,000 goal.

Wheels for Women co-president Will DeVary has been involved with Wheels for Women since he was a freshman. DeVary sees the organization as an opportunity to grow as a leader and develop a sense of community and team-building in the theater department.

“It’s helped me meet some of my closest friends, and it’s helped instill a sense of service in the community as well as team-building and leadership skills,” DeVary said. “It’s about being part of something bigger than yourself within the community in Dillingham, which is a really beautiful, heartening thing.”

Originally, the cabaret was meant to be an in-person event, but plans were interrupted as the fall semester came to a close when Ithaca College’s COVID-19 risk status moved into stage Orange: Low to Moderate Risk. While the campus is now back in the Green: Low Risk status, the Wheels for Women board made the decision to change the event to an online format over the winter break out of an abundance of caution.

Senior Christina Johns, a stage management major, is treasurer of the Wheels for Women organization and acted as stage manager for the cabaret. Like many student members of the organization, Johns holds this cause close to their heart.

“Domestic and sexual abuse is such a big problem everywhere, and to be able to help women get out of that and find safety and make a living is really special,” Johns said. “It means a lot that I have any small part in helping with that.”

Some of the most memorable performances were the letters students read from women impacted by the Wheels for Women organization and how the money raised helped save their lives.

“It’s one thing to know the cause broadly, it’s another thing to have an actual letter from a real person who Kathleen has met and hear them tell their story.” DeVary said.

Johns and DeVary commented on some of the advantages to the online cabaret. Last year when the cabaret was online, Wheels for Women raised more money than it had made in any other year, with donations totaling to $10,401, surpassing the $10,000 goal. The online format of the event also made attending more accessible, with people from outside the Ithaca area attending. Some students attended the cabaret from the Ithaca College London Center.

“It’s a wonderful moment to show people’s talent but the point is empowering the voices of these people who have had so much taken away from them,” DeVary said.

Funds raised came from donations by patrons as well as raffle ticket sales and an auction during the intermission of the show, where DeVary acted as auctioneer. An item that has been auctioned off for the last several years at the event is a homemade pie from Mulligan herself, which was sold for $550 this year, breaking the record for how much the pie has gone for in the past. Mulligan’s pies have become very popular among theater students over the past several years, so bidders are willing to go all–out for the chance to have their own pie made to order.

“[The pie] tradition has taken on a life of its own,” Mulligan said. “This year, I think about 20 students chipped in. Believe me, I’ll make sure there’s enough pie for all!”

After 12 years of the Wheels for Women cabaret, Mulligan says seeing the concrete results of the performers’ efforts is greatly rewarding.

“Seeing how our students in the department devote their energies to changing the lives of women they don’t know, that never ceases to move me.” Mulligan said. “We have raised over $55,000 since our first cabaret at Hope Summer Repertory in Holland, Michigan, and we have trained close to 25 women as licensed auto-rickshaw drivers.”