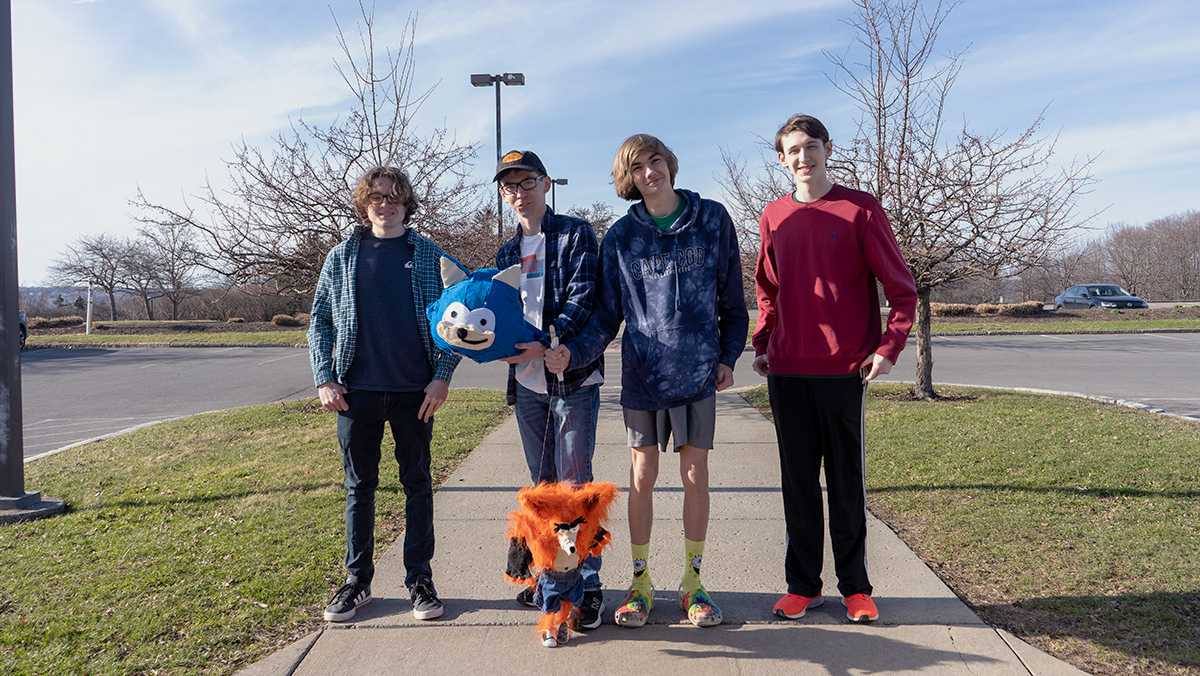 The year is 1998. Uncle Quizno sits in his office on the phone with a cigarette between his fingers. He is wearing a Hawaiian shirt and a patchy beard covers the lower half of his face. He takes notice of the camera, hangs up the phone and the music begins.

This is the beginning of Luxury Station’s most recent video “Quiznos Employee Training Rap (1998)” released in January 2022. Luxury Station is an analog horror YouTube channel created by freshman Joseph Perleoni in August 2020 that tells the story of Uncle Quizno, a fictional Quiznos executive, and his slow descent into madness. Uncle Quizno’s story is told through a series of parody Quiznos commercials, news reports and training videos set between 1990 and 2004.

Perleoni said he and his high school friends, Matt and Tim Finn, were inspired to create the channel’s first video “Wario Apparition REAL FOOTAGE 1996” from the Wario apparition meme that was making the rounds at the time. After they made this video, which isn’t connected to the main plot of Luxury Station, Perleoni came up with the idea of making a series of parody Quiznos commercials, inspired by the bizarre commercials the restaurant ran in the 2000s, with video game characters. From there, the character of Uncle Quizno was created and an ongoing plot began to form.

“After the first two or three commercials, we wanted to make a backstory,” Perleoni said. “So we wrote up a story about Quiznos marketing being crazy at the time and made up characters and  a whole alternate-universe Quiznos.”

Luxury Station is currently producing its second season. Each season consists of three commercials and one news flash.

Luxury Station also produced a video game to accompany its videos, called “Quiznos Training Game” which appeared in “Quiznos Employee Training Rap (1998)” and was released alongside it in January. Freshman Brett Beemer joined Luxury Station after meeting Perleoni at orientation and began working on the game with Perleoni shortly after. Beemer said the game was inspired by a Nintendo DS game McDonald’s used to train its employees in Japan.

Perleoni and Beemer showed–off a demo of the game at TooManyGames 2021, a video and board game convention in Philadelphia in October 2021. Beemer said he and Perleoni worked on the game until the last second and were finishing it up on the car ride to Philadelphia.

“I started to get really car sick because I was staring at a computer screen for an hour and a half,” Beemer said. “I had the window open and I had my head out like a dog. I didn’t throw up though which was good. [Too Many Games] was a really fun experience.”

“People loved it at Too Many Games,” Perleoni said. “There’s a mission where you have to kill a subway employee and that’s the humor of the game.”

Every Luxury Station video looks like it comes from the 1990s. The videos are grainy with saturated colors and everything looks like there is a yellow filter over it. This is due to techniques Perleoni uses while filming and editing. The videos are shot using halogen flood lamps instead of LEDs. In order to give an authentic VHS tape look to the videos, Perleoni said he burns every video to a DVD, puts it in a DVD player connected to a VHS recorder, records it onto a VHS tape, and then uploads back onto his computer with a VHS player.

“It was a lot of trips to Michael’s, that’s for sure,” Finn said. “We used a lot of felt and a lot of weird wacky materials like an exoskeleton and a plastic skull. But that’s the whole charm of the Quiznos thing. It’s supposed to be weird and outlandish.”

Luxury Station has grown considerably since its roots as a three-person team. For plot-related reasons, Luxury Station does not reuse any actors besides Perleoni, who plays Uncle Quizno. Due to this, in early March Perleoni and Beemer began putting up flyers around campus to find potential actors. Perleoni said he’s met 50 people interested in the project since then.

“We can never have enough actors for the span of this project,” Perleoni said. “We got to work with as many people as we can work and get as much talent involved as we can to fully pump out the story we’re trying to tell.”