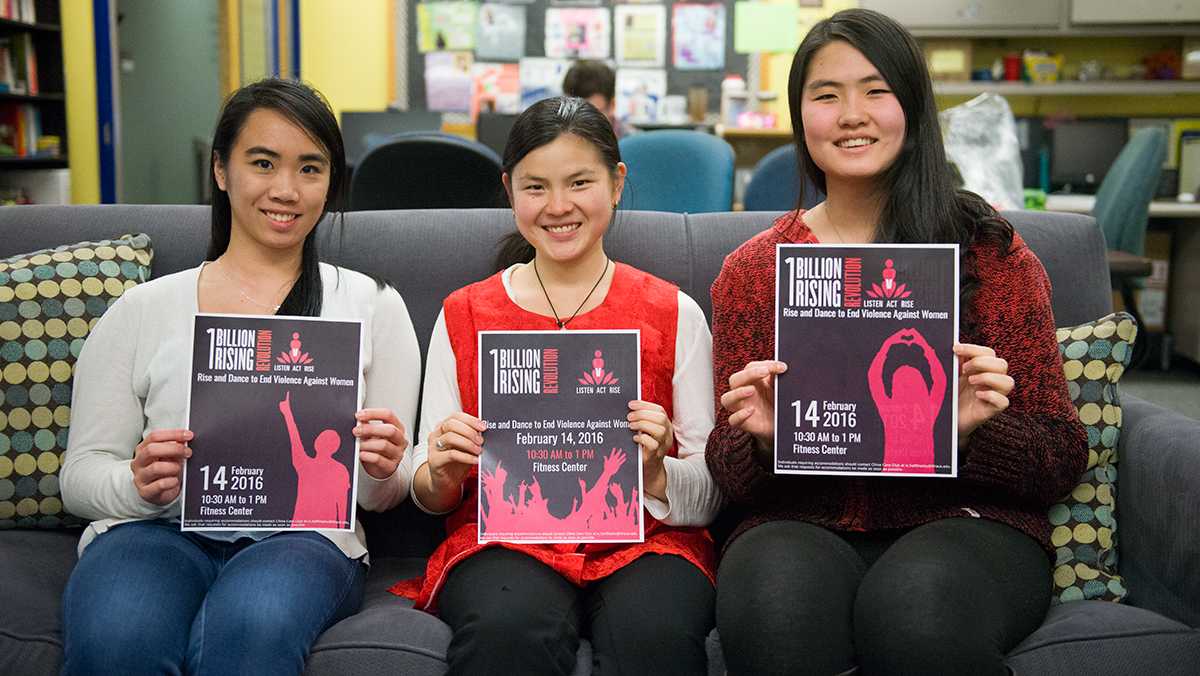 The persistence of violence against women can be conveyed through the following statistic from organization UNiTE: One in three women is beaten, coerced into sex or otherwise abused by an intimate partner in her lifetime. To raise awareness and fight against these numbers, the event One Billion Rising will bring women together across the globe in the form of dance and celebration.

One Billion Rising is the world’s largest group effort to end violence against women in all of human history. It began on Valentine’s Day of 2012 after the one-in-three statistic was revealed and has been a way for people around the world to express their outrage as they dance in unison to show support and fight for this issue. This year, the One Billion Rising movement is inspired by the theme of revolution, according to its website.

On Feb. 14, students at Ithaca College will participate in the One Billion Rising event hosted by the IC China Care Club, with assistance from the Asian-American Alliance, Chinese Students and Scholars Association, the Ithaca Achievement Program and other African, Latino, Asian and Native American organizations. The One Billion Rising movement was started by Eve Ensler, the writer of “The Vagina Monologues,” a feminist play about female sexuality.

During the One Billion Rising event, participants will learn a dance, which is then performed as a way to come rise together for the specific cause of ending violence against women. This annual worldwide event promotes empowerment through solidarity and recognizes the connections between women in several countries in terms of violence and other shared experiences. At the college, this is the third year students will participate in this event.

The purpose of the IC China Care Club is to bring awareness to Chinese orphans, most of whom are abandoned because of China’s one-child policy. But as of last year, the one-child policy has been eradicated, allowing families to have two children.

“Most women have to give up their children, which is a very painful process — whether abandoning your child or getting an abortion,” said sophomore Monica Chen, president of the IC China Care Club. “Giving up your child, aborting your child or not having access to proper medical care are all forms of violence against women.”

Mary Bentley, the faculty adviser for the IC China Care Club and associate professor in the Department of Health Promotion and Physical Education, said she believes this event is important because all women can relate to what One Billion Rising represents.

“Women are connected by the mere fact that they’re women, but also through this common form of oppression, even though that oppression also comes with race and economic status,” she said. “This event is about no longer tolerating gendered violence that’s found in most cultures, and especially in ours.”

Members of the IC China Care Club, such as junior Chelsea Vanegas, find One Billion Rising significant because of the cultures they grew up in and the violence they’ve witnessed against women firsthand.

“Growing up in Ecuador, I witnessed many situations where women were constantly insulted and treated bad in public,” Vanegas said. “Few people would interfere, and justice was almost never reached for these women. These and many other observations from my childhood gave me the courage to be an advocate for women’s rights.”

In addition to learning and performing a dance, two interns from the Ithaca Advocacy Center, members from Ithaca College Women in Business Network and professors will speak during the Feb. 14 event. Despite the seriousness of the themes that inspired One Billion Rising, Bentley said she enjoys the joy behind the event.

“It’s not all based on the anger, frustration and desperate sadness associated with sexualized violence,” Bentley said. “Women are taking back their power and coming together to dance and enjoy themselves. It’s a celebration of power that women have as a collective.”

The organizers of the event believe One Billion Rising is a way to educate people about this global crisis and also a way to proactively do something about it.

“This is a good opportunity to bring awareness to an issue, but also to actually do something to make change as opposed to just vocalizing the change we want,” Chen said.