Talks on race continue with reprisal of play 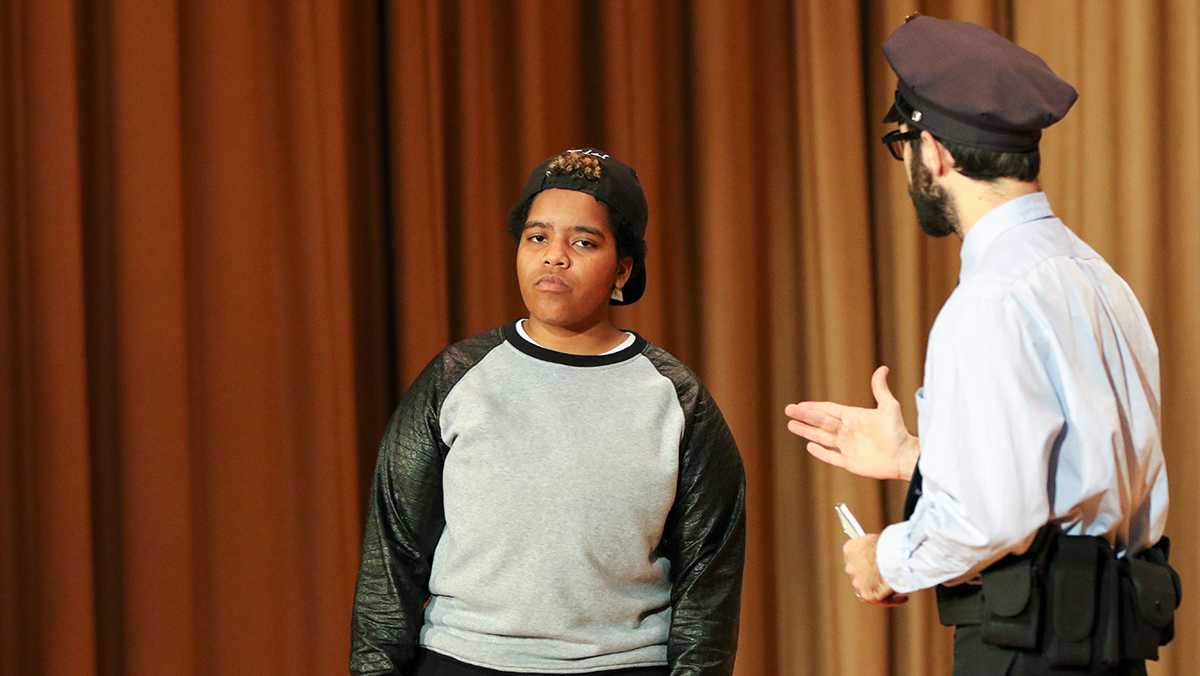 First performed in October, “On the Corner” will be reprised to continue the conversation about race in Ithaca.

A historical recap of racial struggles since the time of slavery, “On the Corner” explores the backstory of an African-American teenager who has just been stopped by a white police officer in Cayuga Heights. This fictional story reflects actual events happening in the area and will be performed by the Civic Ensemble Nov. 19, 21 and 22 at the Beverly J. Martin Elementary School on W. Buffalo Street.

“We wanted to fill a gap in the Ithaca theater scene, where community members could engage in theater,” Chalmers said.

Civic Ensemble’s community play last year, “Safety,” also focused on the relationship between community and police. When discussing possible ideas for this year’s play, themes from its predecessor spilled over and helped inspire “On the Corner.” Chalmers and Simmons co-wrote “On the Corner” to continue Ithaca’s race conversations.

“The point of the community play is to deepen, expand and build on conversations our community is already having,” Chalmers said. “This is what’s boiling in our community, and we want to contribute to conversation through theater.”

“On the Corner” asks why real events like those in this story happen so often today. Chalmers said the play challenges the community to examine the situation of a racial confrontation between a young black man and white police officers and to offer suggestions for a future of racial equality by exploring historical context. Chalmers said the main story was inspired by real-life events she heard about from black community members who were stopped by police.

After its five performances in October, Civic Ensemble was asked to continue the work by members of GreenStar Cooperative Market and Cornell Cooperative Extension of Tompkins County. These two organizations, along with the Tompkins County Office of Human Rights and the Village at Ithaca, sponsored this encore performance.

Seth Soulstein, lead of the play and graduate student at Cornell University, has joined the Civic Ensemble’s original cast for this second production.

“Ithaca’s a hot spot for racial tension, it seems, and we at least try to bring it out in the open and talk about it,” Soulstein said. “This show goes through the history of racism in the U.S., and it sheds light on things that are really relevant today.”

Chalmers said this play will continue to spark awareness and change for the Ithaca community in its second appearance.

“For white community members, this can help them know that this happens and what can be done about it,” Chalmers said. “Through humor and drama and a ‘fictional’ story, we can step back and think about that.”

“On the Corner” ensemble member Donna Acquavella helped come up with the idea for the play. She said she is grateful for the opportunity to be a part of this conversation on race through theater. Acquavella said working with Civic Ensemble and on these topics of social justice has reminded her of why she first fell in love with theater.

“It was wonderful to be a part of,” Acquavella said. “To me, nothing that I did out there compared to the work I’m doing with Civic Ensemble. I wanted to do things about subject matters that are really relevant, made people think and affected change in the community. The time is very relevant that we’re able to bring this to the Ithaca community right now. I’m very proud to be a part of it.”

Soulstein said this play touches on many issues of race and has a message for everyone in the community. He said theater is his way of making these statements.

“I think it’s a great opportunity for me to find ways in which to wrestle with my privilege and my position, using skills that I have instead of another body at a protest,” Soulstein said. “Both are valuable and important, but it’s a way to use what I do to advance the cause and help educate and entertain.”