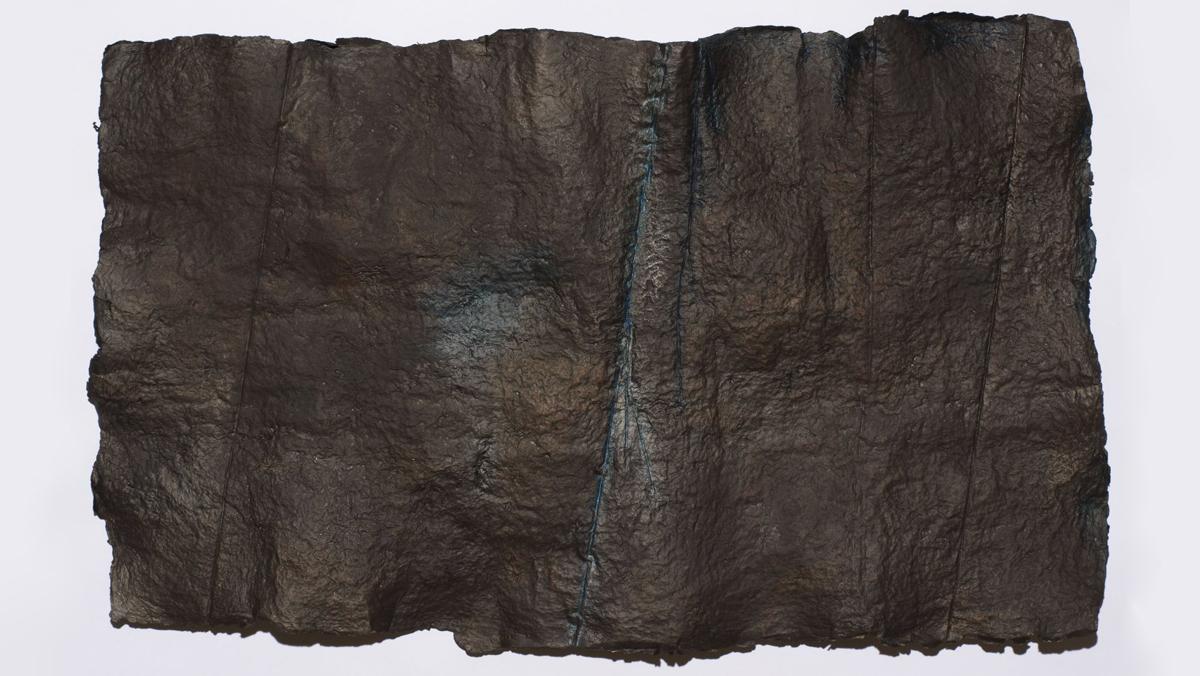 Past, present and future. Time is often thought of as moving forward, but works of fiction like “Doctor Who” and “Interstellar” show time moving backward, the relativity of time and its incomprehensible nature.

The Handwerker Gallery at Ithaca College will be displaying a series of exhibitions exploring the concept of time during the 2017–18 academic year. The first two exhibitions on display will be “Memorandum” by Leslie Brack and “Time Breaks Open” by Susan Weisend, professor in the Department of Art.

“Memorandum” is a series of watercolor paintings of old filing cabinets, most of which Brack found in thrift stores, she said.

Brack, who teaches art at the Cornell Summer College, said she likes the idea of painting portraits of objects that are disappearing from everyday use, only to be used as emojis.

“I’m surprised when I see icons and emojis like floppy discs,” she said. “Who knows what a floppy disc is?”

Mara Baldwin, director of the Handwerker Gallery, said file cabinets allowed for “an explosion of memory” that coincided with newsprint and the rise of photography. She said that in the modern era however, file cabinets are relics people may have nostalgia for but no longer need.

The entrance to Brack’s side of the gallery is a stark white waiting room with an analog clock and a leather chair. It almost feels like being transported to a different place, Baldwin said. She said the paintings themselves also create a sense of illusion, though they are flat they still seem to pop.

“What I really like about these is that they’re incredibly flat paintings, but the [watercolor] has made the paper sort of buckle,” Baldwin said. “It denies the flatness of the painting and makes them look like objects again.”

Brack said the idea of capturing something obsolete intrigued her. Just from the thrift stores in Ithaca, she said there were enough file cabinets “to build a house.” Most of the file cabinets she painted were no longer in use, Brack said, and even those that were still used were rarely accessed. She said she wasn’t sure what drew her to file cabinets in particular, but that she decided to paint a portrait of a cabinet one day and kept going.

“Something about the absurdity of it I really enjoyed,” she said. “Like a joke that gets funnier with repetition. … The creative process is pretty random.”

Weisend’s work, Baldwin said, is supposed to represent the buckling surface of the earth. “Time Breaks Open,” uses coloring and texturing techniques to make paper look like cross sections of the earth. Baldwin compared the Earth to a layered cake, each layer of rock, she said, has its own charecteristics.

Weisend said the overarching theme of her work is the relation between oneself and the natural world.

“The evolution of how this landscape was formed, I find to be incredible,” she said. “The sense of time that’s involved is almost incomprehensible.”

She said she hopes her audience is humbled by massive landscapes of gorges and tributaries, which have been around far longer than people have. Weisend said she is a native to the area and the evolution of Ithaca’s landscape has always fascinated her.

“This is my kind of landscape painting,” Weisend said. “This area was an inland sea for about 325 million years. Sand, mud, lime and salt compressed and accumulated into rocks, and 2 million years ago, the area became covered by glaciers, and when they melted, … they became the Finger Lakes.”

Weisend said she used handmade paper for her artwork, juxtaposing the properties of the paper with that of the earth.

“It has the appearance of heaviness, but it’s very lightweight,” she said. “It has this interesting duality of having a material very different to what I’m referencing.”