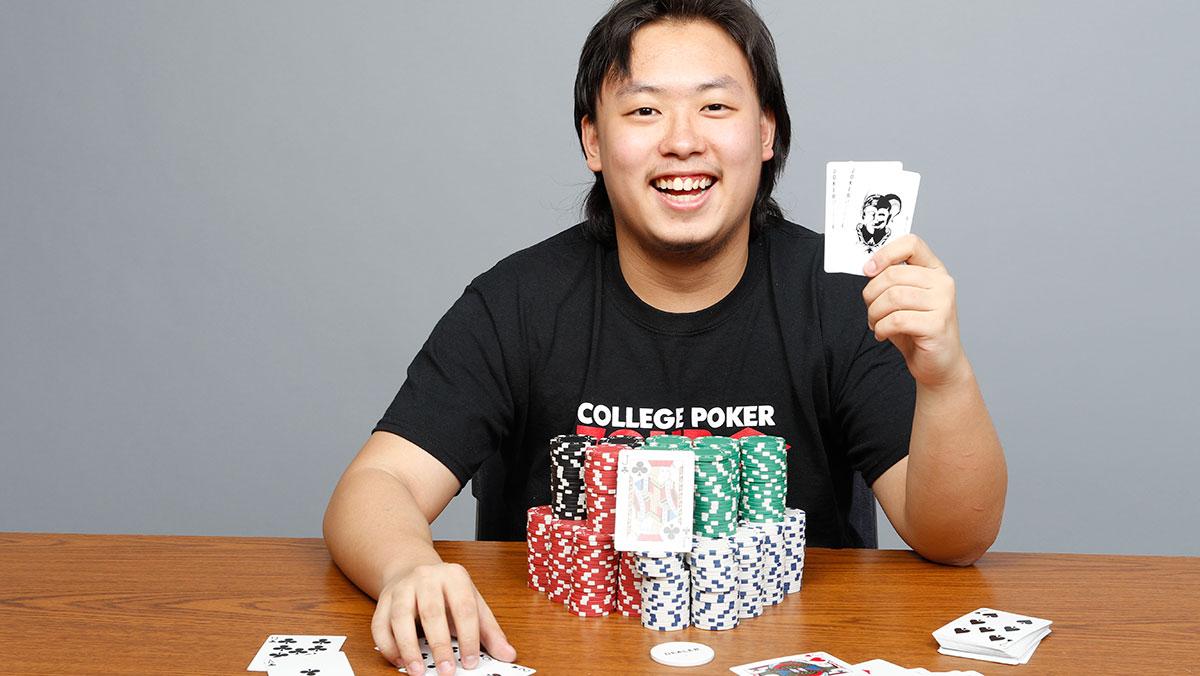 For sophomore Yifan “Jimmy” Tang, poker is more than just a way to pass his time — it is a way to further develop his skills and have fun while doing so. Poker has been a substantial part of his life since before he could talk.

Strongly influenced by his family, Tang learned how to play poker at a young age by watching his family members play against each other. He said his grandparents often recount the story of how he started to show interest in the game within a few days of his birth by playing around with cards in their gambling room.

When he first started playing on College Poker Tour, an online, intercollegiate poker league tailored specifically to college students in the U.S., in December 2015, Tang said he was ranked 100th out of 200 players. Today, Tang is ranked 13th. Tang said while it is not very difficult to move up in the ranks due to the low number of players on the website, he achieved this high ranking by strategizing and determining how many games he would have to win in order to be ranked.

Tang said he learned how to play poker when he was in grade school by watching his father, uncle and grandfather play, and by eventually joining the games himself. By doing so, Tang picked up on the rules and came to enjoy it.

Tang moved from China to the United States at the age of 16. He said that when he moved to the U.S., he took a break from poker but eventually started to play again after watching the World Series of Poker.

“I kind of took a break from poker because I wasn’t that into it,” Tang said. “It wasn’t a big part of my life back then, but when I started watching the World Series of Poker again, I got back into it.”

When he began college, Tang enjoyed poker games with those in his residence hall. As a freshman, Tang said, his resident assistant, now-senior Sean Themea, held poker tournaments in the residence hall lounge. Themea said Tang stood out to him as a poker player.

“Jimmy was by far the most engaged player. He was very interested and had a lot of passion for the game,” Themea said.

Tang said he is grateful he can compete against others on College Poker Tour because most national poker competitions restrict the event to U.S. citizens. Being an international student, Tang is limited in the poker tournaments he can compete in. He said while it is unfortunate that he cannot play poker at the level he wants, it will not stop him from playing the game altogether.

‘‘It certainly wouldn’t stop me from playing because I love the game, but competitionwise, I just hope I can at least get in and play according to all the rules,” he said.

Because of his ranking on College Poker Tour, Tang is eligible to compete in the final round of the playoffs April 14. He said the top nine contestants of the playoffs will be flown to Arizona to play in the national championship May 21.

Tang said he hopes to be one of the nine qualifying contestants and that he would be devastated if he finished in 10th place instead of ninth.

“I see this as a once–in–a–lifetime opportunity, and I know it technically isn’t, but I have to put that mindset on so I can bring my A-game because, like I said, I’m very nervous,” he said.

Sophomore Connor Plvan, who plays poker with Tang, said he believes Tang will succeed in the playoffs by finishing in the top nine.

“Jimmy is very serious about the game and is always studying different strategies,” Plvan said. “I think Jimmy will finish in the top nine because he is so dedicated and very smart and practices a lot online.

Tang said he has been preparing for the playoffs since early January, when he first got ranked in the top 25. In preparation for the playoffs, Tang said, he is practicing and trying to relax.

“I’m playing more and just trying to adjust my mindset. I’m trying not to think about making the final nine when I’m actually playing,” Tang said. “I just want to do my best and hope for the best.”

Themea said Tang is a rational decision-maker and a competitive player, which are good traits to have in the game of poker.

“Jimmy really develops his strategy. His head is in the game the whole time, always strategizing on what hands to play,” Themea said. “He loves the game and has fun, but Jimmy’s in it to win it.”

Tang said while luck definitely plays a part in the game, he believes skill plays a bigger part.

“Poker isn’t just about how I play at the table. It has to do with what I do off the felt as well,” Tang said. “I have been working extremely hard and improving my mentality. I would like to get all the support I can get.”