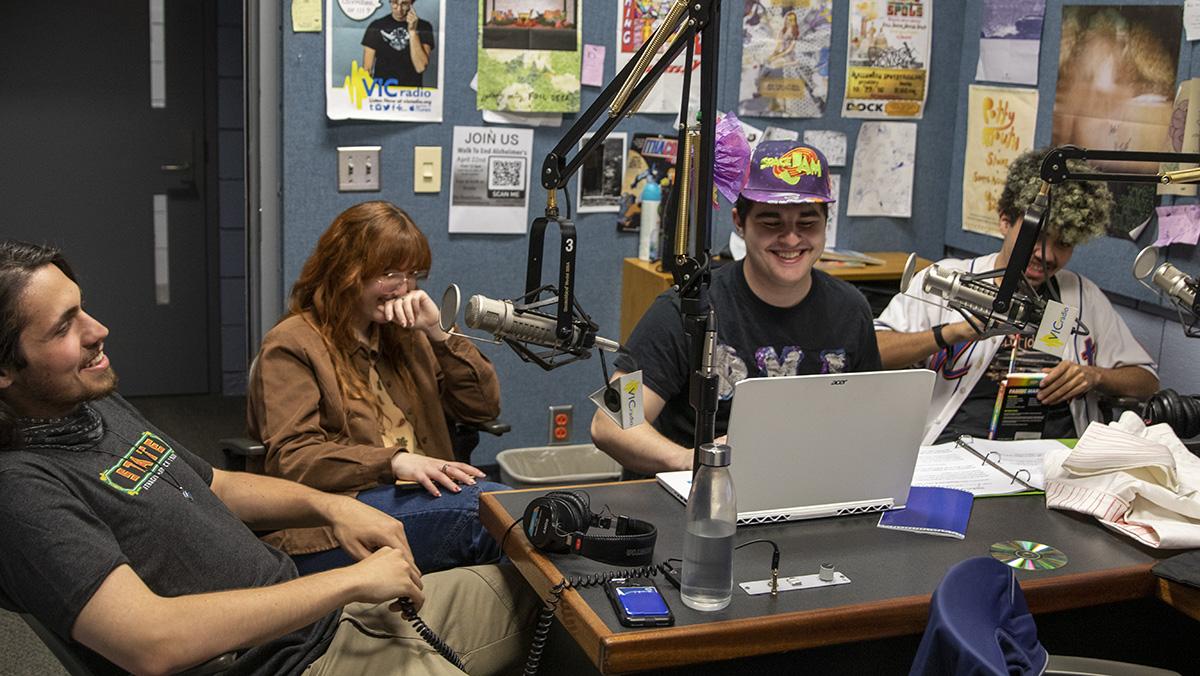 This past weekend VIC hosted its 35th annual 50-hour Marathon. Four DJs from the station stayed up for 50 hours straight, raising $4,790 in donations for this year’s beneficiary, Southside Community Center.

Running from April 22 to 24, the non-stop 50-hour Marathon took place in VIC’s studio located in Roy H. Park Hall. Junior Arlo Catanzaro, senior Michael Memis, sophomore Gus Genova and senior Trisha Curtin acted as the event’s DJs, staying on air and acting as the event’s hosts. The marathon was hosted on VIC’s YouTube channel, as well as VICradio.org. The Marathon featured specialty shows just like sophomore DJ Gus Genova’s “Rock Out!,” “The Hippie Hour,” “Songs Your Dad Likes,” “Jar of Jam” and others. It also included live bands like Ithaca College’s own Library of Egress and the Ithaca-native rock group X Ambassadors, interviews with special guests and Genova shaving his head in honor of reaching the initial $4,000 goal.

“In the times that we are living in, it’s important to support not only them but the Black community of Ithaca in general,” Griebel said.

To prepare for the event, the DJs, alongside Griebel, took a trip to Southside Community Center, located on S Plain Street in Ithaca to bond with community members and to see the value Southside brings to Ithaca.

Griebel said that while there, they were welcomed with open arms and received a tour of the facility. The building featured murals of Black activists and leaders, along with photographs from Southside’s history.

“It’s nice to feel closer to the community; it’s easy to get isolated up on South Hill,” Catanzaro said. “I’m trying to help out the community that housed me when I was in college.”

Genova said the mission of the 50-hour Marathon is not only to provide grants for nonprofits, but to show what Ithaca truly has to offer, as well as to create an event that brings people together.

Southside Deputy Director Kayla Mathos said Southside Community Center has been an active part of the Ithaca community for 88 years. It was founded in 1934 by the Frances Harpers Women’s Club after the Ku Klux Klan marched through Ithaca. The women wanted to create a safe space where the Black residents of Ithaca could feel at home.

Originally, Southside offered Black residents healthcare services, a recycled bike program, a school, a barbershop and apartments within its facility. As time passed, it developed other initiatives and different programs to fit the community’s current needs, but has stuck to its roots of being a multipurpose organization.

Mathos said the bulk of the money donated from the marathon will go toward Southside childcare programs. These programs are provided free-of-charge for children’s families.

The afterschool program provides children with healthy snacks and dinner, help with their school work, science workshops to broaden their knowledge, and martial arts classes to teach them the value of self-control.

During the summer, Southside operates two camps. In the general day camp, kids go on field trips to state parks, water parks, the science center and participate in extracurricular activities.

In the Community Music Education Camp, social justice is taught through art, dance or music, completed by performances at an end-of-the-summer showcase.

“We offer free childcare programs because I don’t think people realize how much of a stress reliever that is for a parent to work a full-time job and not have to worry about this additional bill,” Mathos said.

“I hoped [this event] raised more recognition for the Southside Community Center and gets more people engaged in the local community around us,” Curtin said. “I really appreciate the opportunity to get to know the people who work there and the people who come there.”