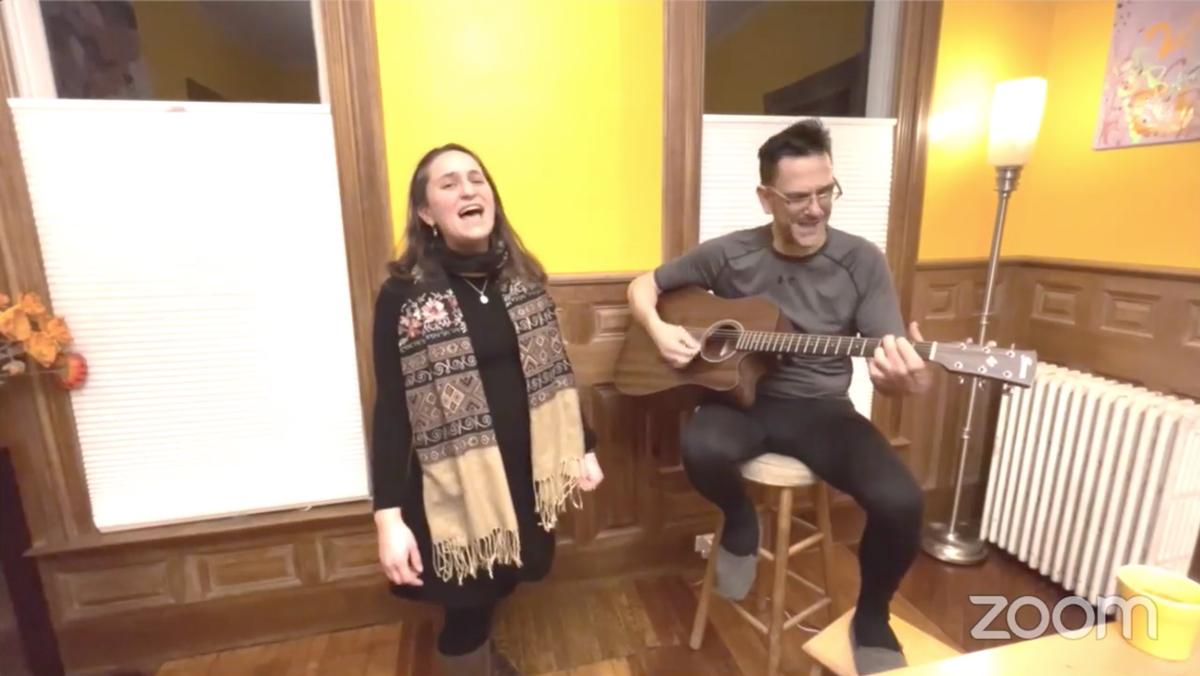 During a time of heightened political and social activism across the country, Songs for Change, a student-run virtual concert series, is using music to raise money for mutual aid organizations that support communities of color.

Songs for Change is a bimonthly event that is run by Margaret Chan ’20 and seniors Emma Scheneman and Grace Dashnaw. All Songs For Change concerts are free to view and are livestreamed on Zoom. The concerts are accessible through the group’s Facebook page. Attendees are encouraged to donate money to the group’s PayPal throughout the concert. All proceeds raised during the concert go to the organization the concert is supporting that month.

The Songs for Change series stemmed from a Juneteenth concert Chan organized in June 2020 to support the National Association for the Advancement of Colored People (NAACP) in solidarity with the Black Lives Matter movement. Chan said she originally worked on the concert by herself before bringing on Scheneman and Dashnaw to help.

“Music is such an essential outlet, especially with the pandemic going on at the same time,”  Chan said. “Not everyone is physically able to get to protests. Some people have a family member who immunocompromised. We just knew that we wanted there to be a way for people to be involved without being at a protest physically.”

Chan said the Juneteenth concert raised $2,000 dollars for the NAACP, and after its success, Chan, Scheneman and Dashnaw decided to organize more concerts to help other foundations. Since starting in June, Songs for Change has raised money for Elijah McClain’s GoFundMe, The Okra Project, the Navajo and Hopi Families COVID-19 Relief Fund, The North Star Fund, and Binghamton Food Rescue.

“We’re trying to not only raise money for each organization, but to promote all these different mutual aid collectives to people that don’t get as much publicity,” Scheneman said. “We’re showing our support on different levels. We want this to be accessible to everyone, so just exposing these [organizations] is great.”

All musicians who perform for Songs for Change concerts are volunteers. Dashnaw said the group sends out a Google Form while they are preparing for the concert to gather performers. The performers send in a video of their set, and Dashnaw edits them into a video for the concert. The concerts are partially live with Dashnaw, Scheneman and Chan announcing each performer, but all the performances are pre–recorded.

“I really love how many different kinds of performances we have, and I love seeing what people contribute,” Dashnaw said. “I love working with Emma and Margaret too. We were already really good friends before this. So it’s nice to do this kind of work with your friends.”

Sophomore Nate Oczkowski is a trumpet player who performed “Song for Help,” composed by Steven Verhelst with senior Jon Aldave, a tuba player, for Songs for Change’s North Star Fund concert Dec. 19. Oczkowski said he first came across Songs for Change on social media and decided he wanted to perform for them.

“I feel like that’s something we miss out a lot here from time to time here ethically,” Oczkowski said. “You come to college to study music, and we’re so focused on our lessons or classes or grades that sometimes you lose that opportunity to just make music. …  So what really caught my attention is using music as a platform to raise awareness to different organizations and help those organizations.”

Songs for Change’s most recent concert Feb. 28 was for the Binghamton Food Rescue. Scheneman is from Binghamton, and she said the concert was particularly special for her. Scheneman said her friend’s dad performed a set for the concert.

“It’s really personable,” Scheneman said. “I feel like that’s what Songs for Change is. We’re all on the same page that we’re using art to facilitate change, and it feels like a group hug sometimes.”

“I think with the direction we’re going, [Songs for Change] is already growing,” Dashnaw said. “So if we keep doing what we’re doing, we’re going to see progress.”