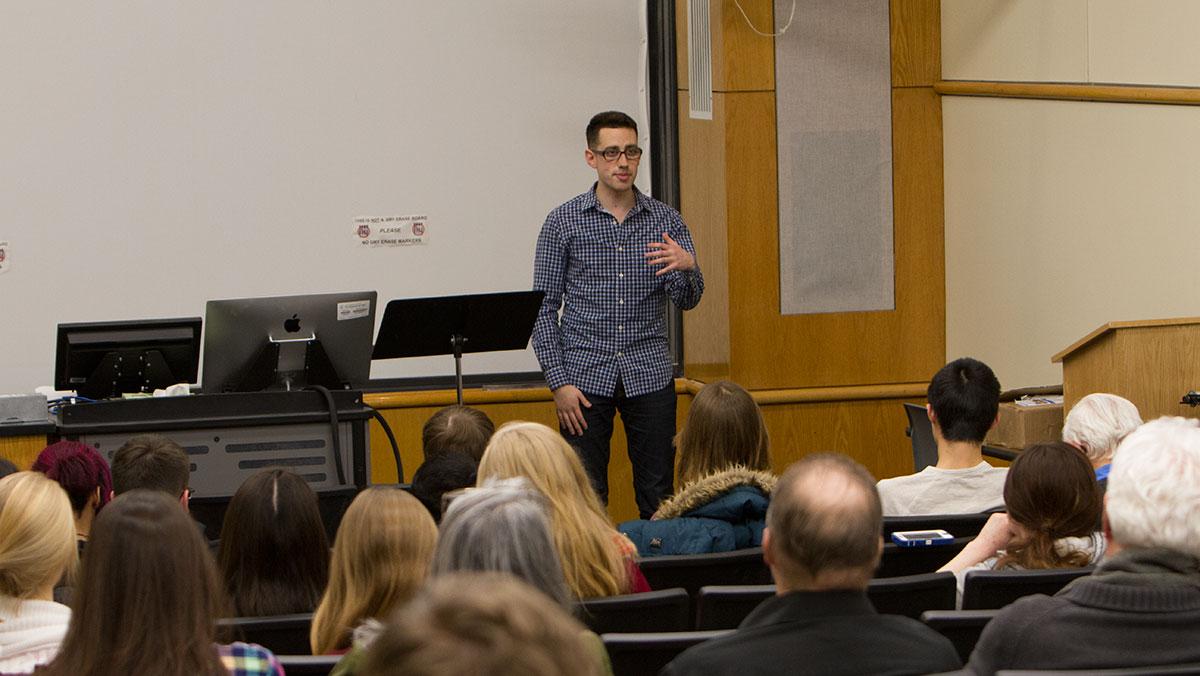 A pandemic of what Daniel Gilman calls “the new drug” is sweeping the nation.

The event was sponsored by Awaken, a Christian-affiliated student-run organization at the college.

Jannotti said she and other members of the Awaken leadership were very enthusiastic about the idea of Gilman’s joining as a guest speaker.

“This man came up to her on campus and asked her to do a naked photoshoot for money. It wasn’t really up her alley, but she figured she’d do it because she needed the cash,” he said. “Well, it turned out she was taken in, drugged and recorded. She was threatened to stay and work for them; otherwise, they’d leak the footage.”

Through Strength to Fight, members work to disable pornography by raising public awareness and offering methods to block pornography, as seen on their website.

Gilman’s knowledge of human trafficking goes back far beyond the initiation of Strength to Fight.

“At the time, I was working in Ottawa for what Americans would call a congresswoman. Her focus was fighting human trafficking. It was a privilege working with victims,” he said.

“When she was speaking, I couldn’t help but think about the amount of people I knew who had been abused. My heart was breaking,” Gilman said in an interview separate from the event.

The CNN program sparked Gilman’s interest, and he and his brother spoke with the University of Ottawa to get their program in action.

Jackie Kazim, sophomore film, photography and visual art major, said she agreed with the majority of points Gilman brought up.