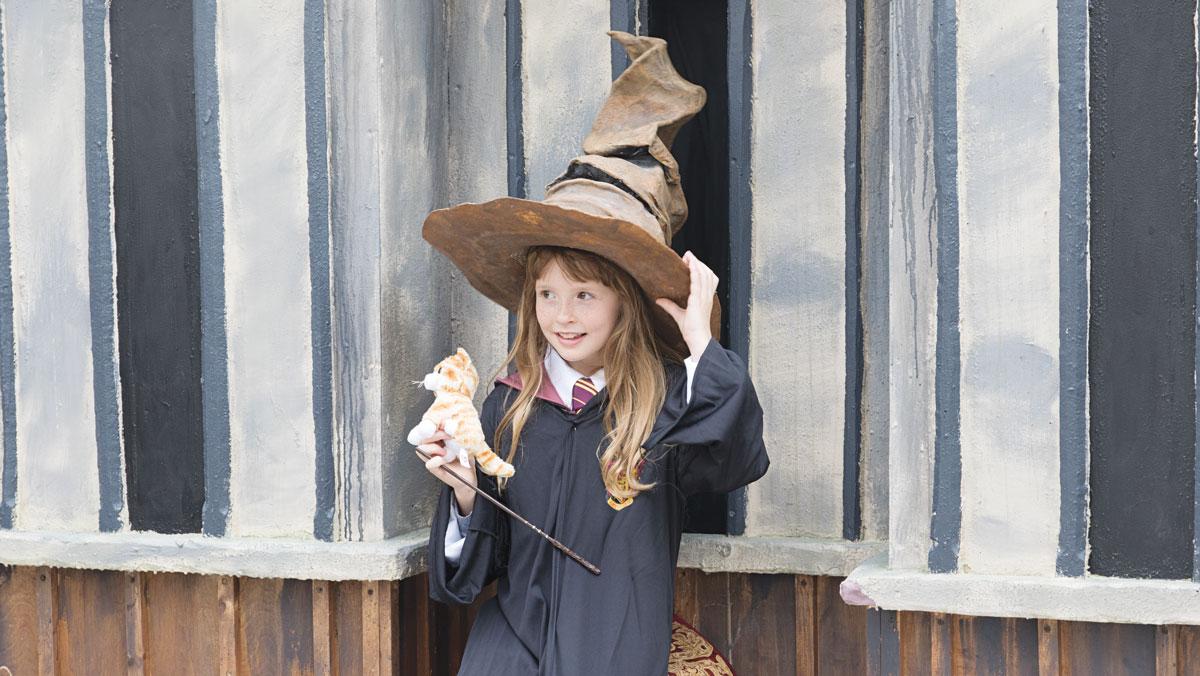 For the past two years, Press Bay Alley on the Ithaca Commons has transformed into Diagon Alley during Halloween weekend, where fans of the wizarding world of “Harry Potter” have been able to immerse themselves in a magical experience. From Oct. 26 to Oct. 29, the third annual Wizarding Weekend will take over The Commons in all of its mythical glory.

In 2015, Darlynne Overbaugh, the owner of Life’s So Sweet Chocolates, volunteered to take charge. She said that she never truly expected this event to reach the level of popularity it has achieved.

“The original idea was created by two teenagers to simply take Press Bay Alley and make it feel like Diagon Alley,” Overbaugh said. “When I said ‘Hey, I’ll manage. I’ll run it’, I really only intended it to be a five-hour, simple trick or treat event with maybe a few games.”

When Overbaugh announced that the event was happening, Wizarding Weekend went viral online after national news outlets reported on it. With the flick of a wand, thousands of people RSVP’d for the event, bringing in over 8,000 attendees from across the country.

In 2016, the event expanded to 10,000 people as more people attended the celebration and more vendors joined. This year, Overbaugh said that the third time will be a charm as it will be the festival’s biggest gathering yet, with an estimated 15,000 expected to attend the event.

“The first big thing we did this year to up the ante was to make the festival a two-day street festival,” she said. “It is now a Saturday and a Sunday that runs from 10 a.m. to 5 p.m. This is a big change because it means there’s more going on and opportunity to take a part in what’s going on.”

Wizarding Weekend is staying consistent at its core. Overbaugh and her team still cover the expenses of the festival, then donate the proceeds to the Blue Sky Center for Learning. She said that even though there are many places for people to spend their money, it is still a free event to attend.

“We have additional vendors and performers,” Overbaugh said. “We put a lot of emphasis on the fact that this is continuing to be a free festival.”

On Oct. 26 the weekend kicks off with the Half Blood Prince blood drive in honor of the late Alan Rickman, who played Severus Snape in the franchise and died last year. The team behind Wizarding Weekend is working with the Red Cross of the Southern Tier and taking blood donations at the Tompkins County Public Library.

Local store owners are adding new things into the mix for this year’s event. Tim Gray, the owner of Comics for Collectors, is currently expanding the local comic book store into a bigger building right next door. Nevertheless, he said that he still plans on giving back to the community and making a presence.

“Our main focus this year is a Friday night trivia contest,” Gray said. “We give out free items for all of our winners, and all of the participants get some sort of a participation prize. All of the people who showed up last year received a free packet of comics along with coupons for the store.”

Comics for Collectors is also one of the many stores that is a Magical Item location during the Wizarding Weekend. The Magical Artifact Hunt is a scavenger hunt where players will search for five magical artifacts with their clue map that will open the doors of Gorge Keep School of Magic — Ithaca’s own school of magic. All players who complete the hunt will receive an exclusive prize. Players will also be automatically entered into a raffle to receive the grand prize of two tickets for the off-Broadway show “Puffs,” as well as travel and hotel fares.

There are many more events happening throughout the weekend. On Oct. 27, there is a costume parade, a trick or treat event downtown and even a City of Magic Ball in the third floor ballroom at the Community School of Music. On Oct. 28 and 29, the street festival will take over Press Bay Alley. There are even Quidditch practices and matches that will take place.

Senior Mina Hubert, president of the Quidditch club at the college, is making sure that her team has a huge presence at the festival.

“We actually have a really big part in all of the Quidditch stuff happening this weekend,” Hubert said. “On Saturday and Sunday, there are Quidditch matches going on. We’re also going to have our own booth with promotional items.”

The festival will feature the three ways wizards like to play the sport: modified traditional style, roller derby style and cargo bike style. Muggles in attendance will be able to practice with the teams, where they will learn the skills of the magical pastime.

Overbaugh said the festival has something for everyone.

“It’s interesting because there’s little games, crafts and activities at the festival,” Overbaugh said. “It’s a … festival where you can enjoy some wizard rock, see some street performers or visit the vendors that we’ve brought in.”