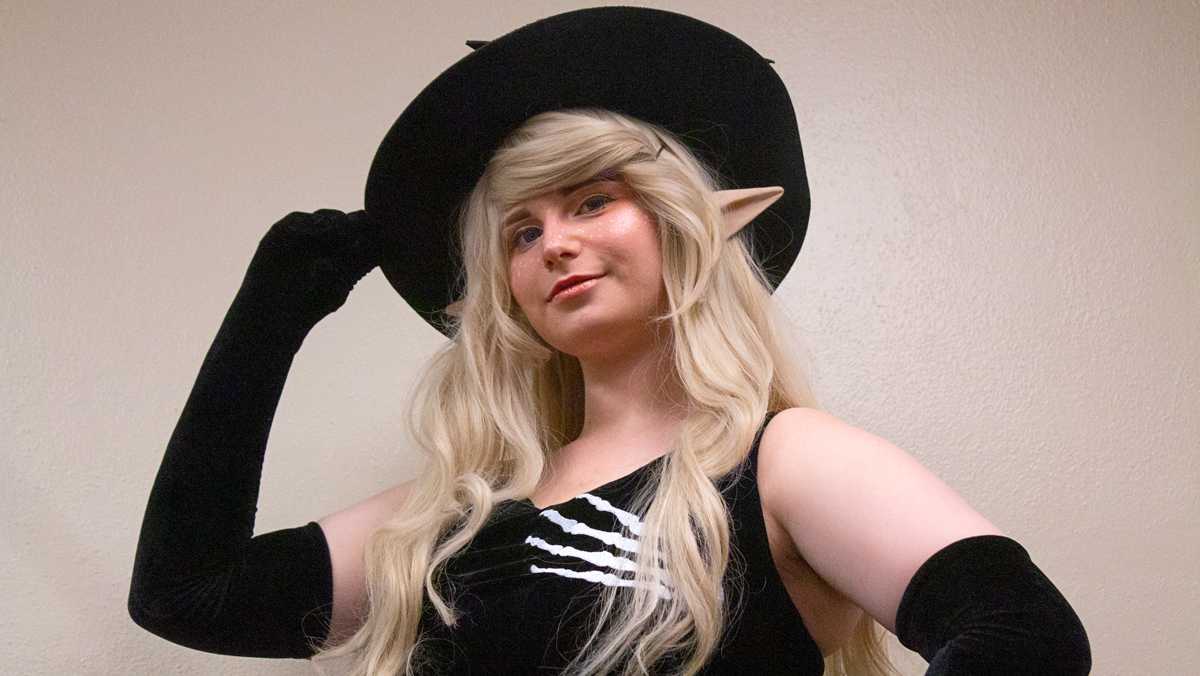 In the lounge of Terrace 12, Ithaca College sophomore Brooke Bernhardt brushes strands of a cascading platinum blonde wig with a small hairbrush. She runs her fingers through its locks between strokes of the brush, working out the knots and ensuring its uniformity.

“You are very fluffy!” she said to the wig, attempting to untangle the long mane. “I love this wig, but it’s a lot.”

Bernhardt was combing the wig she will wear when she cosplays as the elf Lich Lup — the undead femme fatale of “The Adventure Zone,” a Dungeons and Dragons podcast — at the annual Wizarding Weekend festival, this year joined by the newly formed FanUnity.

Wizarding Weekend is an all-ages event focusing on science fiction and fantasy. The event was founded in 2015, and since its conception it has gained more popularity, growing from 8,000 attendees in its first year to 20,000 in 2017. The event, which runs Oct. 26–27 on The Commons, allows cosplayers like Bernhardt to experiment with characters’ personas and exhibit their creations.

Costumes at Wizarding Weekend vary from wand-bearing witches to wizards in wigs to armor-clad knights defending The Commons’ alleyways. Cosplay is one of the foundational layers of Wizarding Weekend, festival director Darlynne Overbaugh said.

“Every year there’s just an incredible amount of creative energy that gets put on display,” she said. “It really does take everyone’s engagement. It’s an interactive festival, and it’s very much because of that element of costume and character that people bring with them.”

Overbaugh’s own familiarity with cosplay comes from costumes she has fashioned for herself, including variations of the 13th Doctor from Doctor Who and a gender-bend Doctor Strange.

“My only regret about Wizarding Weekend is that I’m so busy working it that I don’t get a chance, really, to do my own costuming,” Overbaugh said.

This is not Bernhardt’s first Wizarding Weekend — nor is it her first time cosplaying. Her wish to dress up as her favorite characters came from the “My Little Pony” watch parties she and her friends organized. When Bernhardt attended conventions local to her home in Maryland, she quickly uncovered the widespread cosplay community. Dressing up as her favorite characters soon turned into a shared aesthetic experience, she said, rather than just a hobby.

“Seriously cosplaying, it’s been about six years,” she said. “Whenever I’d find a character that I liked and thought that the outfit was reasonable enough to cosplay, then I would. … It’s only recently that I started getting into making armor with foam, making accessories and makeup, which is the biggest part of cosplay for me.”

Bernhardt went to Wizarding Weekend in 2018 and entered the festival’s annual costume contest as a shot in the dark. She was not sure what to expect, she said, but her second-place win in the contest awarded her $100. Bernhardt also dressed as Lup for her winning cosplay, but, this year, her depiction of the character is based on a different part of the podcast in which a few of the main characters and Lup are robbing a bank.

To create this look, Bernhardt will match a mid-length, velvet black dress with a pair of velvet opera gloves and place a wide-brimmed hat atop her wig, two items she said captured Lup’s mysterious spirit. Bernhardt will also nestle a pair of elfin ears over her human ones.

Bernhardt’s makeup for Lup will include warm eyeshadow colors contrasted with shocking white eyeliner. She also will use the eyeliner to draw little stars on her cheeks and temples. This look is not set in stone, however, because Lup is from a podcast and does not have a defined character design. Bernhardt said she enjoys this aspect of Lup because it allows her an artistic license.

“With a character like Lup, who doesn’t actually have a canon design, … every time I do the makeup, it changes,” she said. “And it’s just fun to experiment.”

This year’s costume contest will not be voted on by a panel of judges but rather by the attendees of the festival. Overbaugh said she was inspired to make this change to the costume contest based on a convention she attended in Germany where participants engaged with the judging as a form of support and respect.

Senior Eden Dodge started cosplaying in high school when she first dressed as Thor, a major character in the Marvel Cinematic Universe. Though she said her costume was haphazard and nightmarish, cosplaying was more about immersing herself in a community that transcends language and culture.

“There’s a stigma to it with that we haven’t completely escaped, but it is becoming more and more popular and more widely accepted as the hobby and creative outlet that it is,” Dodge said. “My cosplay friends live in Louisiana, Arizona, Kentucky, Ohio. I have one person in Finland who went to a con with me in Texas last year. It’s been a wild ride, and you get better slowly too.”

On the Wizarding Weekend Instagram account, cosplayers make frequent appearances. Often they act as visual accompaniments to promotional material, including the $25 Magical Passport, which gives holders access to a magic treasure hunt, a potions crawl and Wizarding Weekend merchandise — the event, otherwise, is free.

One post highlights a pirouetting attendee in a shimmering crimson and black dress, a pleated gold cape attached to their hands. Another shows a young boy in wizard’s garb staring into the wide mouth of a smoking cauldron.

Seeing these costumes off the screen is what makes conventions so thrilling, Dodge said. This exuberance is especially pronounced at Wizarding Weekend because cosplayers can balance art, performance and inquiry with little judgment, Dodge said.

“Going to a convention adds a whole other level of engagement that you wouldn’t have anywhere else … real life, even though online is real, interaction that makes cosplayers who they are,” Dodge said. “And I think that has been what I’ve seen in every single one of these Wizarding Weekends that I’ve gone to. … People are willing to get up and strut what they have. And that’s powerful, especially when you’re in public.”