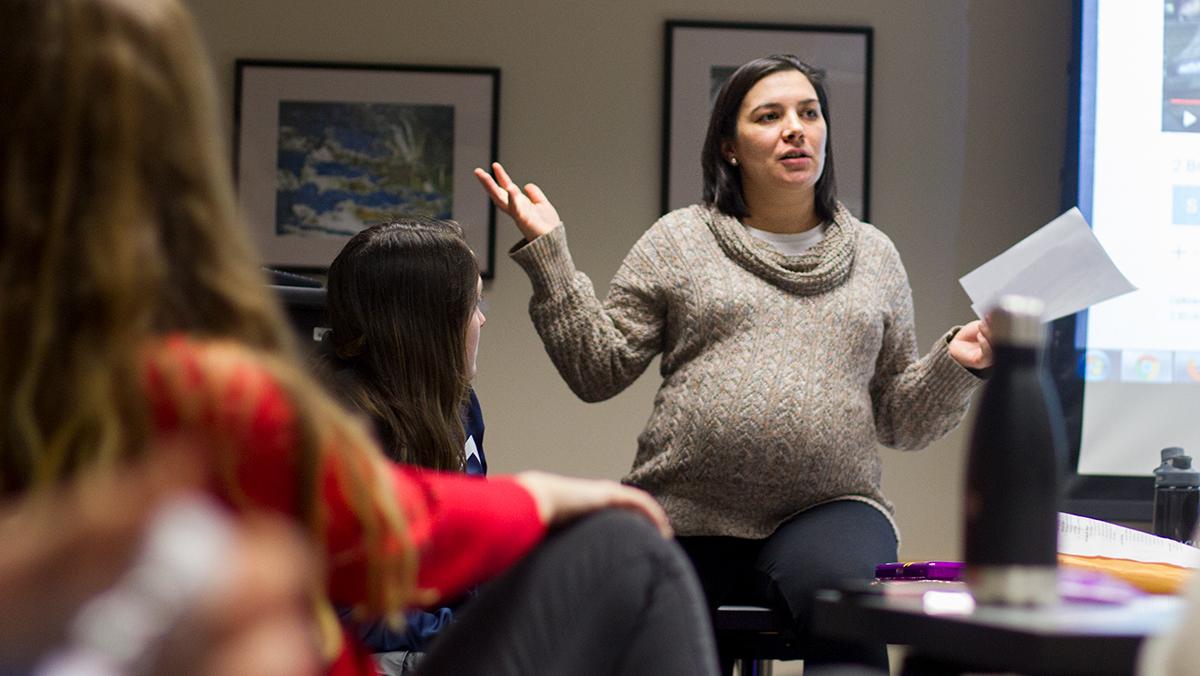 The Women Leaders Series, a combination of personal and professional talks, developmental discussions and a leadership retreat, is celebrating its fifth year at Ithaca College. The series encompasses popular past talks, like “How Remarkable Women Lead,” and new discussions, such as “College Women: Stressed Out & Totally Exhausted.”

Michele Lenhart, director of Student Leadership and Involvement and the founder and coordinator of the Women Leaders Series, said one main goal of the series is to show examples of successful women in leadership roles to empower female students.

“We are going to particularly focus on the story of women because a lot of times when you go to leadership development sessions, the authors of studies are men [and] the examples are men,” Lenhart said.

This year’s sessions include exploring women’s history in “Feminism is No Game” on March 23 and learning leadership techniques specifically catered to women in “Authentic Leadership: How Women Create a Lasting Impact” on March 29. Career Services will also hold a session called “Salary Negotiation for Women” on March 29.

The series includes a day-long retreat to Seneca Falls, New York, called the “Women in Leadership Experience,” where female participants will network and explore the difficulties and accomplishments women have faced over generations. On March 25, participants will learn about the history of the women’s rights movement that happened in Seneca Falls. A panel of two Ithaca College alumnae, Devon Anderson ’12 and Tatiana Sy ’09, and other women’s rights activists will speak about women in leadership positions, and the participants will engage in activities prompting them to look into their own futures as leaders.

The theme of this year’s Seneca Falls conference is “Trust in Us.” Senior Alexis Powell, a student leadership consultant who helped plan several events for the series, said the theme of the conference reflects the complexities of modern feminism.

“What we wanted to engrain into this year’s conference … is a sense of trusting in yourself and trusting other women,” she said. “I think one of the most incredible things about feminism is that it’s adaptive. If your interpretation of feminism is different than someone else’s, that doesn’t mean you can’t come together.”

The series began in 2013 with a focus on the gender pay gap. Attention has been drawn to the gap as a result of the frequently cited statistic that shows white women make 79.6 cents to every man’s dollar — and minorities make even less, according to the National Committee on Pay Equity. The college, aided by a grant from the American Association of University Women, set up workshops to help people understand this discrepancy. The series has expanded to include more diverse subject matter and allow all women to explore their potential as leaders, on a personal and professional level.

Maggie Wetter, assistant director for staff and programs for the Office of Residential Life and Judicial Affairs, will be hosting “Women You Should Follow in 2017” on March 30. Wetter said it will focus on women’s leadership through avenues such as social media.

She said she was disappointed to find that most women leaders that college students follow on social media are celebrities.

“So few people were providing me with the names of engineers and scientists,” Wetter said. “I’m hoping that people will start thinking critically around who they look to as a role model in terms of women leadership.”

In “College Women: Stressed Out & Totally Exhausted,” on March 1, Lenhart spoke about ways women in leadership positions might be struggling and methods to cope with stress. Lenhart chose to incorporate the topic of self-care into the series because she felt it particularly pertained to women’s situations, finding that women reported being more stressed out than their male counterparts, according to the American College Health Association Spring 2016 National College Health Assessment. The study found that women marked their stress levels 15 percent higher than college men.

On March 2, the series held “Social Excellence: We Dare You, Women,” a discussion led by Tiffani Ziemann, the college’s Title IX Coordinator. The term “social excellence” was first coined by the company Phired Up, with the purpose of helping sorority and fraternity leaders display their best selves during recruitment. In an interview prior to her session, Ziemann said the attainment of social excellence is also a vital part of becoming a powerful leader.

“Social excellence is a concept about the characteristics that help people [put] their best selves forward and really live authentically in their leadership roles,” Ziemann said.

She said the series is a great opportunity to inspire female student leaders and to encourage them to embrace their authentic leadership style.

“If [women] can be more comfortable [in leadership roles] … we can respond to people better, lead them better, follow them better and have a better team,” Ziemann said.

Powell said her participation and her role in organizing the series allowed her to guide students while also learning more about her own future through her involvement.
“Thinking about myself in the participant’s shoes and considering how these activities would make me feel, as well as the experience of being with other … people who want to share in this experience and open their minds and think critically about what’s going on in the world is such an incredible experience,” she said.