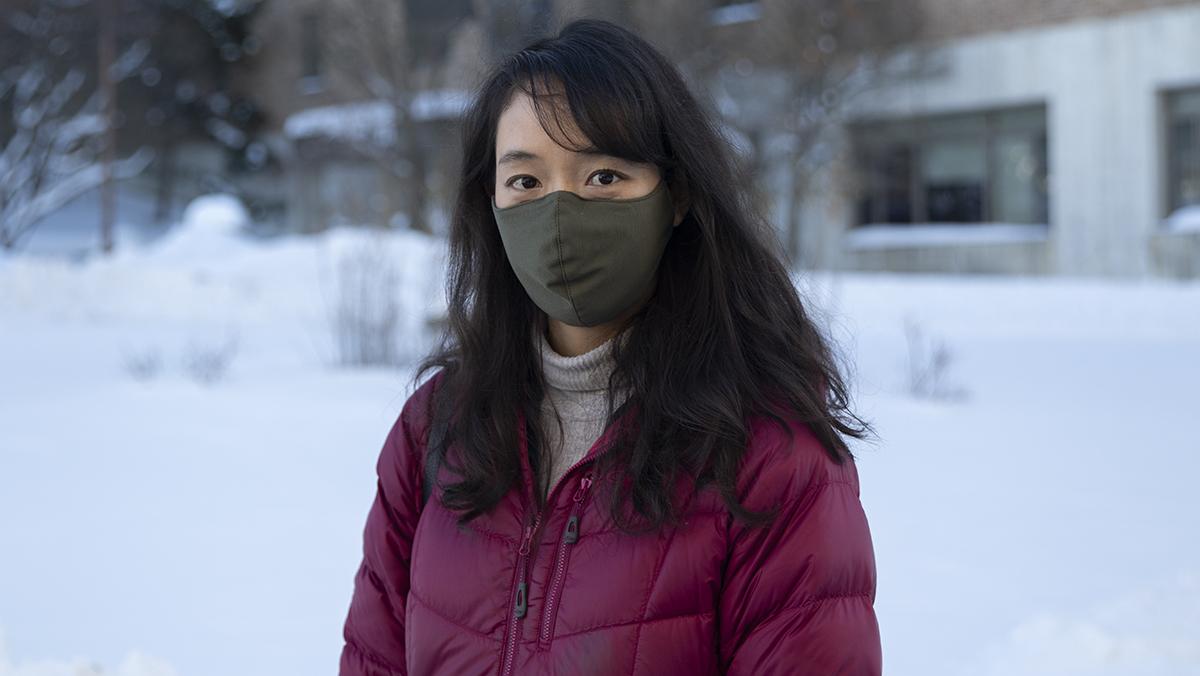 Christine Kitano, assistant professor in the Department of Writing at Ithaca College, has been named the Poet Laureate of Tompkins County.

Kitano is the author of two collections of poetry, “Birds of Paradise,” and “Sky Country.” She also is a faculty member for the MFA Program for Writers at Warren Wilson College. Kitano said she views the role of poet laureate as a community position and hopes to expose more community members to poetry.

“As a poet, there are not a lot of ways that the work you do is visible to the people around you because poetry is not the most accessible or common art form,” Kitano said. “Especially for someone like my mom, who doesn’t read a lot of poetry, [being poet laureate] is something tangible. … This feels like something that’s more public.”

Megan Barber, executive director at Community Arts Partnership of Tompkins County, the organization that assists in selecting the laureate, said poets can self-nominate or nominate another person for the position. Once the nominations came in, Barber said she put together a panel including herself, the 2019–20 poet laureate Melissa Tuckey and Tompkins County legislator Amanda Champion.

Eleanor Henderson, associate professor and chair of the Department of Writing, said she immediately thought about Kitano when she heard about nominations for the position.

“She is a professional,” Henderson said. “She is serious in her work ethic. She is dedicated and quietly works away on poems in her office. I have wonderful colleagues, but it’s difficult to find time to write, and she makes it a priority. She’s a really dedicated professor, and she’s also a really dedicated writer.”

Barber said that when reviewing poets’ applications and writing samples, the selection panel considered the artistic qualities of the nominees’ work as well as their experience doing community work with poetry.

“Everyone on the panel was moved by [Kitano’s] poetry,” Barber said. “It was accessible and personal and got people thinking about life in a way that maybe they hadn’t thought about before.”

Kitano said a lot of her own poetry is inspired by the stories of her family that she heard growing up. Kitano’s mother immigrated from Korea when she was 16 and lived with Kitano’s grandmother through the Korean War, she said. Kitano’s father, a Japanese American, was incarcerated at Topaz Internment Camp during World War II.

“I grew up with what felt like really important stories,” Kitano said. “Even though they were just family stories, they felt like they were historically significant.”

As her first act as Tompkins County’s Poet Laureate, Kitano read a poem titled “Ithaca Domestic” before the legislature on Zoom. She said the poem was inspired by living in Ithaca and the resilience she has gained amid the pandemic.

“I haven’t met [Kitano] in person yet, which feels a little weird,” Champion said. “I hope that at some point, I will get to meet her in person and get to know her a little bit. And hopefully later in the summer, maybe we’ll be back in our chambers and she can come read to us in person.”

One of Kitano’s students, senior Mickey Snow, said she was impressed by the stories Kitano integrates into her poetry.

“A lot of her poetry has to do with her heritage and being an American citizen along with having Korean and Asian heritage and trying to balance them both,” Snow said. “In America it’s so hard to be yourself, and it’s so confusing trying to understand who you are. I see all of those attributes in her work.”

Junior Olivia Notaro took Poetics with Kitano last fall, and she said it was both her favorite class of the semester and the easiest one to transition onto Zoom with. Notaro said Kitano kept a structured plan while using Zoom and gave students enough space to learn and adjust to the new format.

“She’s really open and understanding of everybody’s opinions and views,” Notaro said. “She’s great at facilitating conversation, and she’s a really genuine person when she’s reflecting about her thoughts on poetry and on literature in general and her entire perspective on what it means to read and write.”

“I hear a lot of, ‘I don’t want to read stuff that has to rhyme,’ and poetry doesn’t have to rhyme,” Kitano said. “Poetry is not just fun nursery rhymes that have nothing to do with real life. Even nursery rhymes are very much reflective of the culture in which they are written and the cultures in which they are celebrated. … It should be pleasurable and fun. There should be something about the language that just draws you in in the way that music draws you, and you don’t have to know anything about it to enjoy it.”