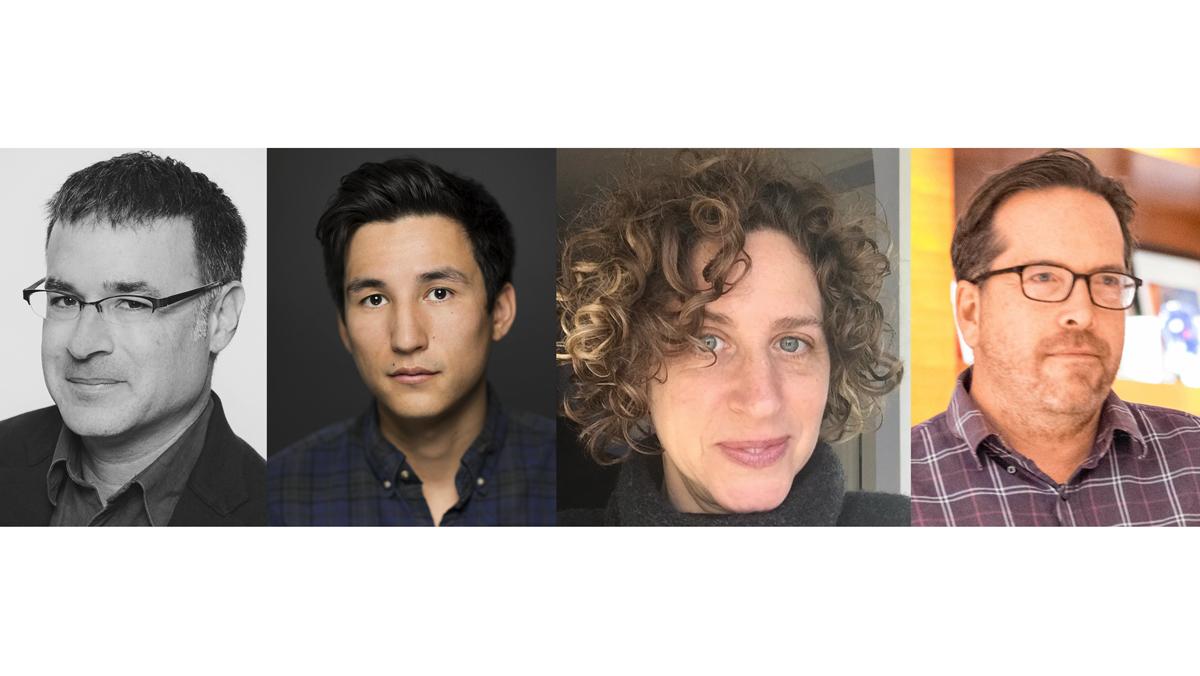 Courtesy of the Izzy Award webpage
From left to right: Dahr Jamail, Lee Fang, Sharon Lerner and Todd Miller were the winners of the 2018 Izzy Awards from the Park Center for Independent Media.
By Falyn Stempler — Assistant News Editor
Published: March 21, 2018

The award is given to journalists who work for independent platforms for their path-breaking and in-depth reporting. Fang, an investigative reporter at The Intercept; Lerner, a reporting fellow at the Investigative Fund and journalist at The Intercept; Jamail, a staff reporter at Truthout; and Miller, an author and journalist at The Nation, reported on political corruption, environmental hazards and militarism. The award is given in honor of I.F. “Izzy” Stone, a politically radical American investigative journalist and writer of the 20th century. The award presentation ceremony will be held April 24.

The Izzy Awards are awarded by judges Jeff Cohen, associate professor in the Department of Journalism and director of the Park Center for Independent Media; Robert W. McChesney, author and professor in the Department of Communications at the University of Illinois; and Linda Jue, executive director and editor at G.W. Williams Center for Independent Journalism in San Francisco.

Cohen said that these journalists are remarkable because they are able to report on investigative stories reporters at corporate media companies cannot cover.

“We only look at those who operate outside of the media conglomerate,” Cohen said. “You know, if you work at a media conglomerate, one of your biggest sponsors are the oil and gas industry. It’s hard to do the kind of investigative work that all four of these have done.”

The awards are given in hopes of drawing attention toward the important journalism being published by these independent journalists, McChesney said.

Fang has published a plethora of investigative pieces on the Trump administration for his money and politics beat at The Intercept. He has also published investigative work on international corporate networks affecting politics in foreign countries.

Cohen said Fang’s reporting on how corporate money affects media ownership and publishing is integral in understanding the issues with corporate media.

Lerner has reported on reversals at the Environmental Protection Agency, suppression of scientists and the human costs of Dow Chemical’s decades-long effort to save chlorpyrifos, a toxic pesticide, for her science, health and environment beat at The Intercept.

Jamail reports monthly wrap-ups of the latest climate change research and trends and has published an exposé on the U.S. military’s assaults on the environment. He has also reported on climate change topics including ocean pollution, sea level rise, deafening noise pollution and Fukushima radiation.

Cohen said Jamail’s coverage of the U.S. military intervention in Iraq was more in-depth and thorough than corporate media coverage because he works for Truthout, an independent media company.

“The U.S. military in corporate media is almost an untouchable institution, but it is not at a place like Truthout,” Cohen said.

Miller published an book, “Storming the Wall: Climate Change, Migration and Homeland Security,” about climate refugees. The book discusses how carbon-producing industrialized nations, particularly the United States, are slower to invest in carbon reduction than in profitable border security. The award judges compared his work to that of Naomi Klein, a Canadian author, social activist and filmmaker who won the Izzy Award in 2015 and wrote the book “This Changes Everything.”

Cohen said the awards will continue to be given after he retires from the college next month.