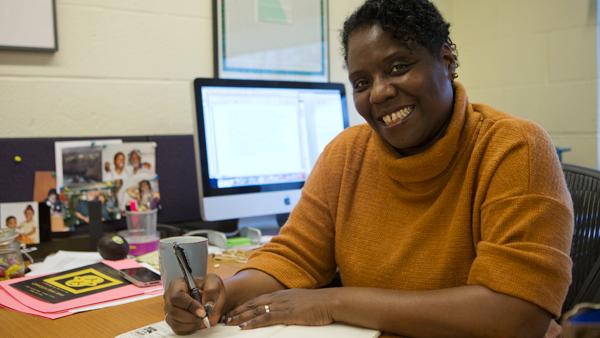 As hearings begin for a Supreme Court case that could decide the future of affirmative action in educational admissions, colleges and universities across the country are debating what that policy means today and preparing for the court’s ruling.

On Oct. 10, the court opened oral arguments for Fisher v. University of Texas at Austin, in which a white student, Abigail Fisher, is suing the university, claiming she was passed over in admissions in 2008 because of her race. According to the U.S. Labor Department, the primary beneficiaries of affirmative action programs have been white women.

While the lawsuit directly challenges the admissions policy of public universities, the court could restrict or end racial considerations for admission to universities and colleges nationwide. A decision is expected by late June.

Noliwe Rooks, associate professor of Africana studies and feminist, gender and sexuality studies at Cornell University, said there is wide support for affirmative action in many sectors of American society. For example, military leaders have called diversity a national security issue, and at least 53 of the Fortune 500 companies believe affirmative action makes them more competitive. But there is a disconnect, Rooks said, between these sectors and the American public.

“If you start saying, ‘Do you want to give preferential treatment to black people so that white people are disadvantaged?’ then the numbers go down,” Rooks said. “But the fact that you have such widespread support from these important sectors of American culture, we should at the very least be having a more robust conversation.”

Eric Maguire, vice president for the office of enrollment and communications at Ithaca College, said the college has not taken an official position on the court case.

Though the college does not assign weight or points to racial or ethnic background in admissions decisions, Maguire said he is happy with the college’s efforts toward inclusion and proportional representation in IC 20/20.

“We have larger institutional goals of improving diversity, and that relates to our incoming class as well and making them in greater alignment with what you find in the general population,” Maguire said. “We feel pretty good about how we’ve been able to move in that direction despite the fact that we don’t include a point system based on race or ethnicity.”

The term “affirmative action” first appeared in an executive order by President John Kennedy in 1961 calling for government contractors to take “affirmative action to ensure that applicants are treated equally without regard to race, color, religion, sex, or national origin.” The policy was endorsed in future orders by presidents Lyndon Johnson, Richard Nixon and Jimmy Carter. In 1978, the Supreme Court ruled, in Regents of the University of California v. Bakke, against the use of a racial or ethnic “quota system,” in which universities and colleges reserve spots for underrepresented minorities.

The Supreme Court ruled in favor of racial considerations in 2003’s case Grutter v. Bollinger. Justice Sandra Day O’Connor, writing for the majority, declared that colleges have a compelling interest to promote diversity within their institutions and therefore could consider an applicant’s race as long as other factors were also reviewed.

However, the problem with upholding diversity as a justification for affirmative action is that doing so ignores the original intention of affirmative action programs, which was redress for past racial discrimination, Rooks said.

“It doesn’t really address the same sort of intractable social issues when affirmative action was started,” Rooks said. “It had a very specific meaning in the beginning. It’s gotten messy in terms of what we mean when we say we support it.”

Cornell University was one of 14 educational institutions to sign an amicus brief in support of the University of Texas’ admissions system. The American Educational Research Association, which represents professors, administrators and teachers nationwide, has also endorsed the program.

Dennis Parker, director of the Racial Justice program at the American Civil Liberties Union, said any outcome will depend on how the court rules, and the court is unlikely to revisit the Grutter case because of stare decisis, a principle that frowns upon frequent overturning of court precedents.

But if the court rules that public universities cannot consider race during the admissions process, Parker said, an argument could be made that private colleges would have to abide by the same rules.

“What this means for other universities remains to be seen,” Parker said.

After the court rules on the case, Maguire said, the college will conduct an audit of its policies to make sure it is in compliance with any potential new laws. Maguire said the decision will likely not be clear-cut and could affect financial aid as well.

“It’s not just a light switch decision in which they rule one way or the other,” Maguire said. “It could have broader implications than that. We have the MLK Scholars Program that is designated for students that are from groups that are underrepresented in higher education. By that definition, would a Supreme Court ruling cast that program into question?”

Senior Ivan Taran said the case has been alluded to in his legal studies capstone class. Taran said he found the idea that a white person would sue a university for discrimination “a little ridiculous,” and said Fisher was likely rejected for reasons other than her race.

“It’s not like you go to these schools and there are all these black people and no white people,” Taran said. “That’s not the case. Education is the way we level the playing field. If there are people who have been denied education for hundreds of years, I think it’s only right to expand their opportunities.”

Senior Oluwayeni Ropo-Tusin, president of the African Students Association, said she is concerned with how much credence is being given to the grievances of a single upset student, rather than a conversation about the merits of affirmative action programs.

“If Fisher gets her way, the voice of an individual could truncate a policy that benefits so many others,” Ropo-Tusin. “When is it too much for one person to have this much say concerning an issue that has so much history behind it?”

Ropo-Tusin, a Texas resident, said she had not talked to any of her friends back home about the case, nor has she talked about it with students on campus, but said she is concerned the court’s decision could potentially affect both public and private colleges.

“It’s very easy for us being at Ithaca College to separate ourselves from it,” Ropo-Tusin said. “Whether you like it or not, in a couple of years we could see some policy changes in this institution. I think there’s a domino effect we have to take into account when we look at these outside issues.”