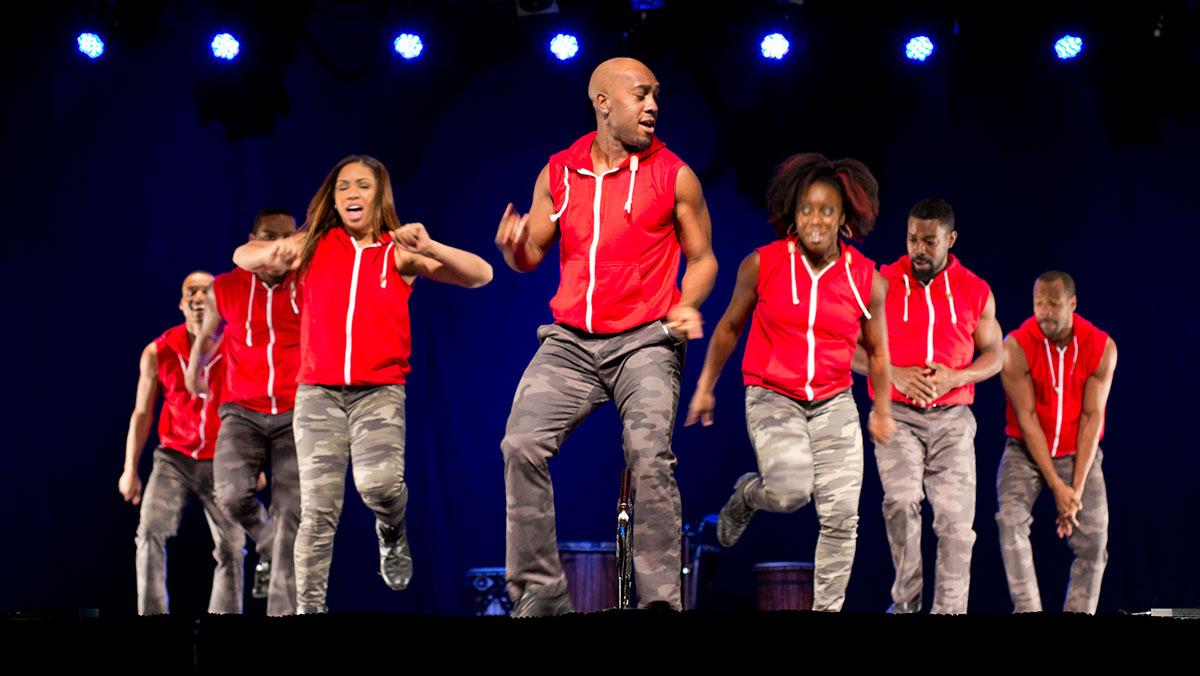 In honor of Black History Month, the African-Latino Society will host a series of events at Ithaca College to celebrate black culture.

Senior Shaniqua Williams, spokeswoman for ALS, said all students, regardless of background, are invited to come and participate.

The college’s month-long celebration began Jan. 30 with the annual Winter Wonderland Ball, which this year was themed Fatal Attraction. MPrynt, a rhythm and blues band from Philadelphia, played live music while students danced in Emerson Suites.

Williams said ALS decided on the theme based on love, and accordingly, the club had students hand out roses to others whom they found attractive.

“[It’s] like encouraging students to find love on campus,” she said.

Freshman Tyler Reighn, an attendee of the event, said the band started off with cover songs and then played its original music. As a part of the theme, he said the roses students gave to each other had rings on them, and they would stay paired for the duration of the event.

This week, there will be a movie event titled “Black Love: Brown Sugar The Movie” from 7–9 p.m. Feb. 5 in the ALS Room in West Tower, which Williams said is another opportunity to have discussions on the importance of love on campus.

On Feb. 9, Wes Jackson, executive director of the annual Brooklyn Hip-Hop Festival, will speak during a presentation titled “Hip-Hop 101” from 7–9 p.m. in Emerson Suites, where he will discuss the importance of hip-hop in the music industry, Williams said.

Junior Jamila Carter, information coordinator of ALS, said the club tried to step away from focusing solely on civil rights and wanted to focus on aspects of black culture that are not as widely discussed.

“You can’t know where you’re going without knowing where you came from,” Carter said. “So having … Black History Month really gets us to reflect on what black people have been through in this country, what we’ve contributed and where we can go from here.”

An event titled “Black Genocide: Past, Present, and Future” will feature the ALS executive board from 7–9 p.m. Feb. 18 in the Clark Lounge. Williams said the program will highlight and recognize historical patterns of injustice in the treatment of black people instead of only recognizing individuals.

Carter said ALS hopes participants will be able to hear a history that students do not necessarily learn about from mainstream K-12 education.

“It is a hidden history, and it really allows people to delve into a history that’s almost been denied from themselves,” Carter said. “It really gets us to focus on how much black people have contributed to this country.”

Finally, students can play a Black History Month edition of “Jeopardy” from 7–9 p.m. Feb. 27 in the ALS room in West Tower. Doing so, Williams said, will honor historical black figures and allow students to learn about lesser-known ones.

Williams said ALS wanted to prioritize providing a variety of events to showcase all different angles of black history instead of only highlighting a few people. Williams also stressed the importance of understanding that black history should be celebrated throughout the entire year, not only for one month.

“I think it’s important that we touch upon the past, the history, the struggle … It’s very important that people recognize what are the current struggles today and how can we move forward in the future,” Williams said.