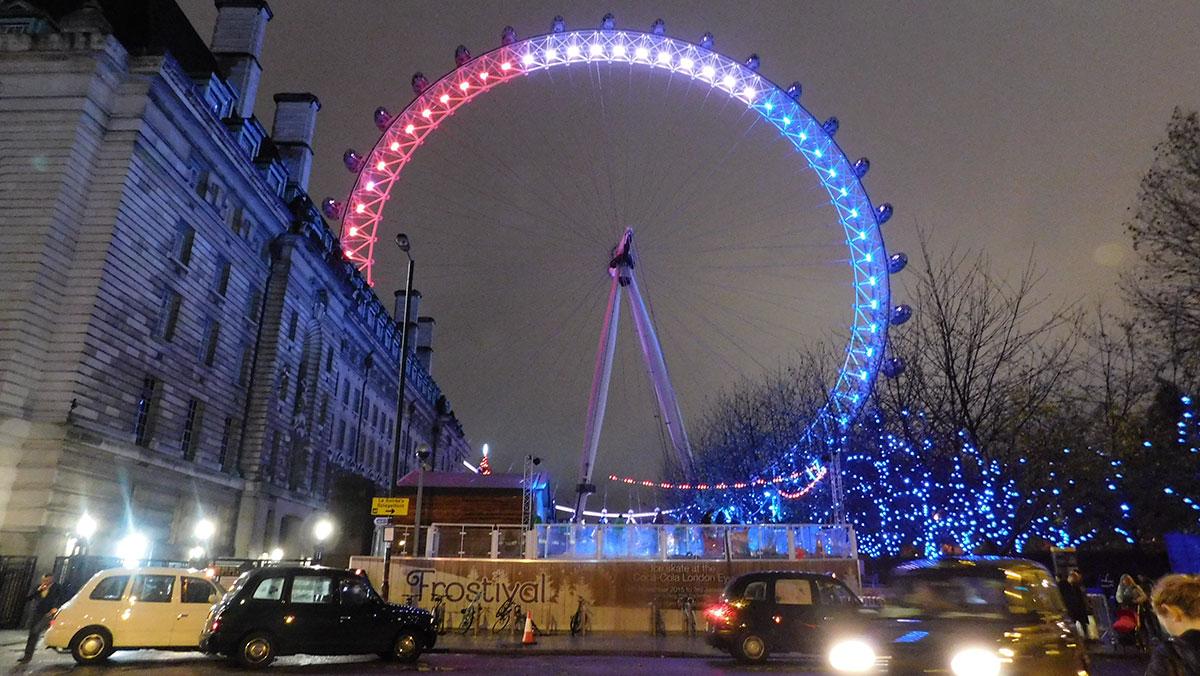 Courtesy of Kaity Matrassi
The London Eye was lit up with the colors of the French flag the week of the November 2016 terrorist attacks in Paris. Ithaca College London Center students have been reported safe following an attack outside of British Parliament in London March 22.
By The Ithacan
Published: March 22, 2017

All Ithaca College students studying abroad at the Ithaca College London Center have been reported safe following an attack outside of British Parliament in London the afternoon of March 22. At least four people have been confirmed dead, including the attacker and a police officer, and at least 20 are said to be injured.

London police said they were treating the attack as terrorism, which reportedly makes it the most serious such assault in London since the subway bombings more than a decade ago.

In the wake of travel alerts released by the U.S. State Department earlier this month, study abroad programs at Ithaca College are working to keep students informed of suspected al-Qaeda attacks, though no direct changes have been made to any programs.

With more students exploring their options for interning abroad, Ithaca College is looking to expand its international reach.

For the first time in its history, Ithaca College’s Office of International Programs has suspended one of its affiliated study abroad programs. The college’s affiliation with the School for International Training (SIT) was temporarily discontinued March 15 for “safety and security reasons,” said Tanya Saunders, assistant provost and dean of the Division of Interdisciplinary and…