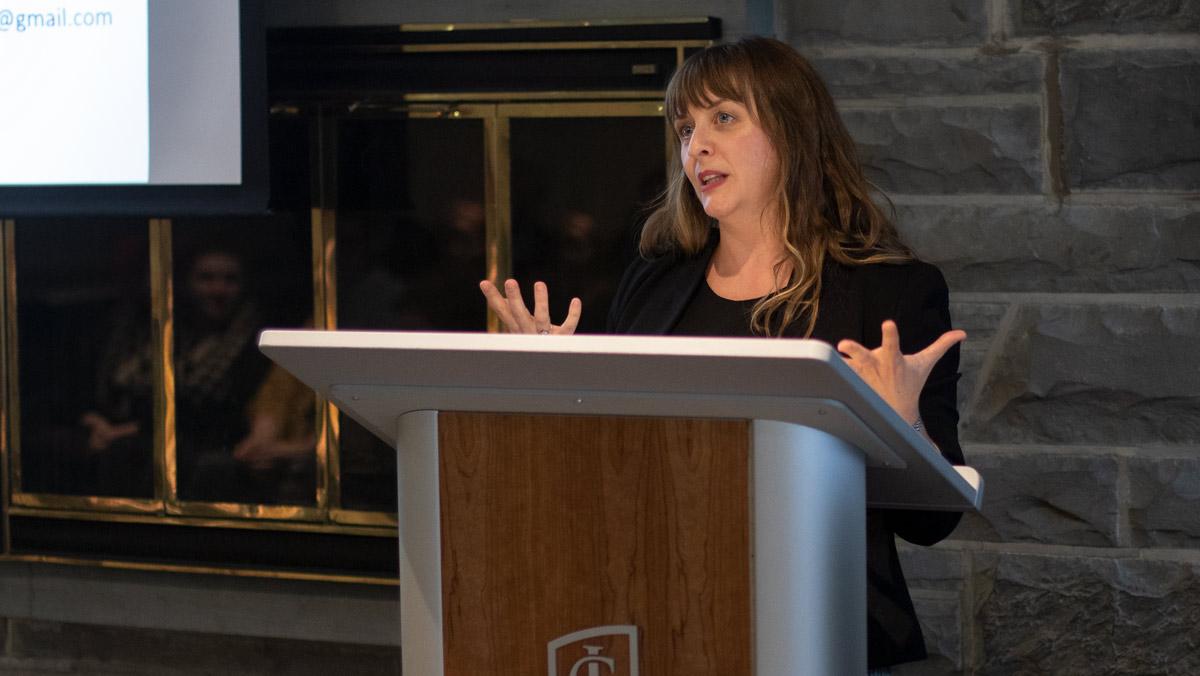 Lubey, associate professor in the Department of English at St. John’s University, spoke in front of approximately 40 students and faculty Oct. 3 in Klingenstein Lounge. She discussed her research on women and their relations to sex toys throughout the 18th century, both in works of 18th-century fiction and nonfiction. Some of these books included “Memoirs of a Woman of Pleasure,” “The True History and Adventures of Catharine Vizzani: A Young Gentlewoman a Native of Rome” and “The Progress of Nature.”

Lubey said the story of Vizzani shows how women can operate without men, both in sexual acts and wider society.

An audience member asked Lubey how the authors of these works being men might have affected the content of the various pieces of literature that were discussed.

Lubey said the authors of many of the works were anonymous, but that did not change the fact that the male-dominated society impacted how these stories were structured by placing greater emphasis on male autonomy than female autonomy.

“A simpler answer to your question is absolutely, heterosexual masculine desire structured the focus of these texts,” Lubey said. “I think even if women did write some of them, they’re still trafficking in that set of conventions.”

Lubey said she cannot help hearing how taboo what she is talking about is.

Claire Gleitman, professor in the Department of English, helped to organize the event and said she brought Lubey to campus to inform students on how sex toys were used to erode sexism in the 18th century.

“I thought it would be a great opportunity for our students to see the rich intellectual life that a person can have in the humanities, and an IC graduate at that,” Gleitman said. “More specifically, [Kathleen’s] work on 18th-century pornography calls attention to forms of feminist resistance to the misogyny that was otherwise so pervasive in the 18th century.”

Junior Dean Shinner asked Lubey how she navigates pronoun usage in her work in which someone like Vizzani acted like a man most of their life despite being born a woman.

Lubey said she tried to avoid using certain pronouns during the lecture, but, in her other works, she tries to strike a balance of when to use which pronoun.

“I tried to just say Vizzani or say ‘the’ as a pronoun instead of her or his, so I dodged it a bit in this talk,” Lubey said. “The ethics of it are tricky because on the one hand you don’t want to impose, especially because Vizzani was a historical person. You don’t want to make a decision that modernizes a sexuality that wasn’t available to Vizzani, but, on the other hand, I wouldn’t want to alienate readers today.”

Speaker advises how to bring sustainability to personal relationships