By TinaMarie Craven — Assistant News Editor
Published: November 26, 2012
With a degree in communication management and design from Ithaca College, Zena Patel ’11 never thought she would work with children. However, working for City Year, a nonprofit organization focused on keeping kids in school, she is a team leader featured in the #makebetterhappen campaign which seeks to inspire others to work with City Year to prevent students from dropping out of school. The #makebetterhappen campaign was launched Nov. 14 and is rooted in social media outlets like Twitter, where teachers and advisers can post stories about how they are trying to keep students in school. According to Child Trends Data Bank, 7 percent of students fail to finish high school or complete their GED nationwide.Assistant News Editor TinaMarie Craven spoke with Patel about her involvement with the #makebetterhappen campaign and her plans for the future. 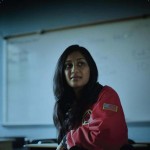 TinaMarie Craven: What can you tell me about the #makebetterhappen campaign?Zena Patel: I was asked with seven other individuals who served last year to kind of go and be part of a photo shoot and give our names to this campaign. It’s a really cool experience, where I got to go and be a part of the photo shoot and be a part of it all. So when they explained the whole concept of #makebetterhappen, it was really cool to me, because our faces are out there on flyers and things, but it’s really not about us as much as it is about people sharing their stories.

TC: What’s the goal of the campaign?

ZP: The overall goal is just to get the message out there about what we do. I think that a lot of times when people hear the name they see it as we’re going to change the world. It’s not 100 percent clear what we do, but we work in schools, we work with students to keep them on track and from dropping out in the high school dropout crisis, but you can’t really tell that just from our name.

The #makebetterhappen campaign shows that because you can go on, and its not artificial, everyone’s sharing how they feel and what they do every single day. It kind of shares the small success they have with their students while they’re working with them or even the partnerships that work in the schools, the students, everyone. [When you go on the website] you have a better feeling for what we do, and it’s more inspiring, and it pushes you to want to do it and be a part of it.

TC: What exactly do you do in the campaign?

ZP: My position is called team leader. I manage 10 people and everything that they do. As far as what I do, I do a lot of quality control, checking in to see how they’re doing — I even communicate between our team and the different groups and parties. I’m actually studying to take the LSAT. It was something I was always interested in, I just never knew if I wanted to go. Working here solidifies the fact that I wanted to go on. As much as I love what I do, I realized I can’t be a teacher because I don’t have that ability in me to do it for a large amount of time. I know I’m interested in education, so … being part of a policy and advocacy in organization is what I’m interested in, so I decided I wanted to start to study for the LSAT and go and get my degree so I can work my way back into the field.

TC: What advice would you give to current students at the college?

ZP: When you’re in college, you don’t always realize how important different experiences are, and you feel like different classes aren’t applicable, but I would definitely say that everything I did at Ithaca definitely did come back into my life over the past two years. So I would say keep an open mind, because you never know when the stuff you’re learning now will come back in a different way and really help you out.

This article was corrected on Nov.27, Patel is a team leader, not the team leader featured in the #makebetterhappen campaign.