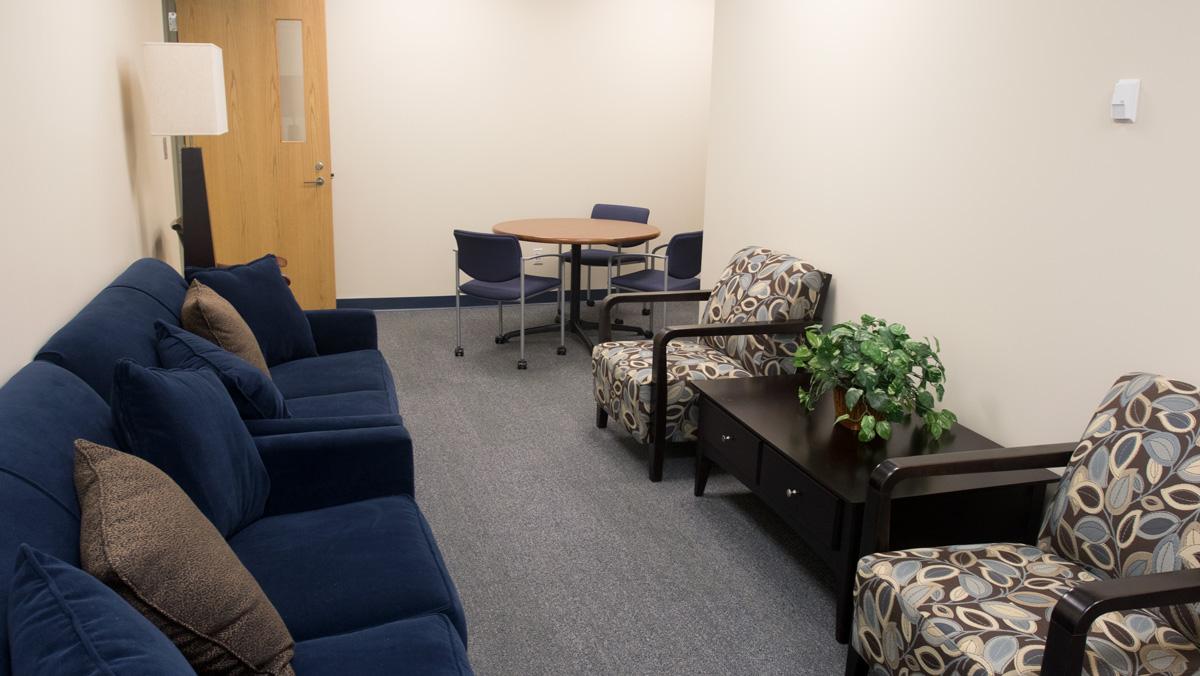 Fernando Ferraz/The Ithacan
The new space is located on the third floor of Campus Center and attached to the faculty offices for the Center for the Study of Culture, Race and Ethnicity. However, Sean Eversley Bradwell, director of programs and outreach in the Division of Educational Affairs, who will help oversee the implementation of the space, said it will not be called a “safe space.”
By Sophia Tulp — News Editor
Published: September 14, 2016

Ithaca College has joined a growing list of colleges and universities that offer designated “safe spaces” for members of the campus community. The creation of this space at the college, called the “multicultural student lounge,” comes as institutions across the nation are debating what these spaces are and what their place is in higher education.

The new space is located on the third floor of Campus Center and attached to the faculty offices for the Center for the Study of Culture, Race and Ethnicity. However, Sean Eversley Bradwell, director of programs and outreach in the Division of Educational Affairs, who will help oversee the implementation of the space, said it will not be called a “safe space.”

“It doesn’t mean that that’s not the impetus for where it comes from, because last semester students were advocating for safe spaces on campus,” Bradwell said. “The way in which I translate that for me is that they want a space where they can feel comfortable and be themselves. … The idea is providing a space where we can just come, gather, have some conversations, provide some connections.”

While safe spaces were mentioned in the demands of protests that cropped up at over 75 schools last fall, including Oberlin College, California State University and Clemson University, the most recent dialogue regarding this idea came as students returned to campuses for the beginning of the academic year. Launching another round of the safe space debate was a letter penned by Jay Ellison, dean of students at the University of Chicago, released Aug. 24 to the incoming Class of 2020.

In the letter, he stated: “Our commitment to academic freedom means that we do not support so-called ‘trigger warnings,’ we do not cancel invited speakers because their topics might prove controversial, and we do not condone the creation of intellectual ‘safe spaces’ where individuals can retreat from ideas and perspectives at odds with their own.”

The letter, which has since gone viral, has been cited widely by academics, students and institutions with some people supporting these ideas and others arguing against them.

Lee Burdette Williams, former vice president for student affairs and dean of students at Wheaton College in Massachusetts and former dean of students at the University of Connecticut, wrote a commentary for The Chronicle of Higher Education on the University of Chicago letter shortly after its publication in which she argued that safe spaces can actually help student learning by providing them with the best environment to feel comfortable to learn.

“People took the letter and they went in two different directions: Either they said, ‘Yeah, this guy has to tell these students to toughen up,’ [or] other students were saying ‘He doesn’t care about students at all,’” Williams said in an interview with The Ithacan.

In her commentary, she describes a challenge that she herself has faced as a dean of students: to see the world through the eyes of the student, not the eyes of the administrator. She said this is something that requires a change in perspective, and something that is at the center of the controversy created by Ellison’s letter.

At the same time, she said she thinks these safe spaces are not places where conversation is stifled, or that students hide away; rather, she said they are places where students can feel safe, whatever that means to the individual, and that greater learning can occur when they feel safe. She said that as students grow and mature, they can then venture from these spaces, expand their notion of what is “safe,” and eventually not need that space at all.

“Those safe spaces don’t exist to keep students from growing, it actually … makes you stronger to go forward,” Williams said. “This is not a retreat as much as it’s a nest for someone to return to, get a good night sleep and in the morning fly off into the world.”

On the other side, supporters of Ellison’s letter argue that safe spaces limit free expression on campuses. Eugene Volokh, who teaches free speech law at the University of California at Los Angeles Law school, said these spaces have a tendency to include some viewpoints deemed favorable to safe space occupants and bar others.

In terms of the national context, Bradwell said he understands why students are asking for the space.

The creation of a safe space, or similar area, has been in the works at the college since January, when Roger Richardson, interim chief diversity officer and associate provost of diversity, inclusion and engagement, announced updates to the college’s diversity action plan. According to the January announcement, a “physical and emotional safe space for ALANA students” would become functional in Fall 2016. The space was renovated over the summer, Richardson said, and is now open for use.

“It’s a space for multicultural students to come and have conversations and support each other, and it’s a lounge for them to gather and interact,” Richardson said. “I hope it provides an area for good conversation and good interaction and support, just like any lounge space that’s available on campus for students to engage with one another.”

As part of his position, Bradwell will be overseeing the space by helping support students in making the space what they want it to be. He said a student committee has been formed to help decorate the space. While it is officially open for students to use, he said he expects to see more people occupying the lounge in the upcoming weeks.

Sophomore Alyse Harris said a reason students may not be using the room yet is because they do not know about it. She also said it would take time for the lounge to build the kind of community that other spaces on campus foster, like the African–Latino Society (ALS) room located in West Tower.

“I think just people don’t know about it,” Harris said. “I don’t think that people are opposed. When I think about it, I think a lot about the ALS room and how special of a place that is on campus … the word hasn’t gotten out and it doesn’t have that historical sense in it as well. But I think that with time, more things will happen.”

Long-term plans for the space include hosting a “grand opening” — though a timeline has not been set for when this will take place — as well as offering tours of the space over alumni weekend Oct. 7–9. Bradwell said he has already invited student organization leaders to host meetings in the space throughout the semester.

Despite the national debate around safe spaces, Bradwell said the lounge at the college is not a place where there are limitations on free speech. He also said the lounge is intentionally not called an “ALANA space,” but rather a “multicultural” space, to emphasize its non-exclusivity. Bradwell said all students are multicultural in some regard, so the space is open to any student who feels comfortable using it.

“This space isn’t about trying to censor anyone or stifle conversation away from reform; in fact, it’s trying to actively encourage community and for folks to come together and share in dialogue and have these conversations,” Bradwell said.