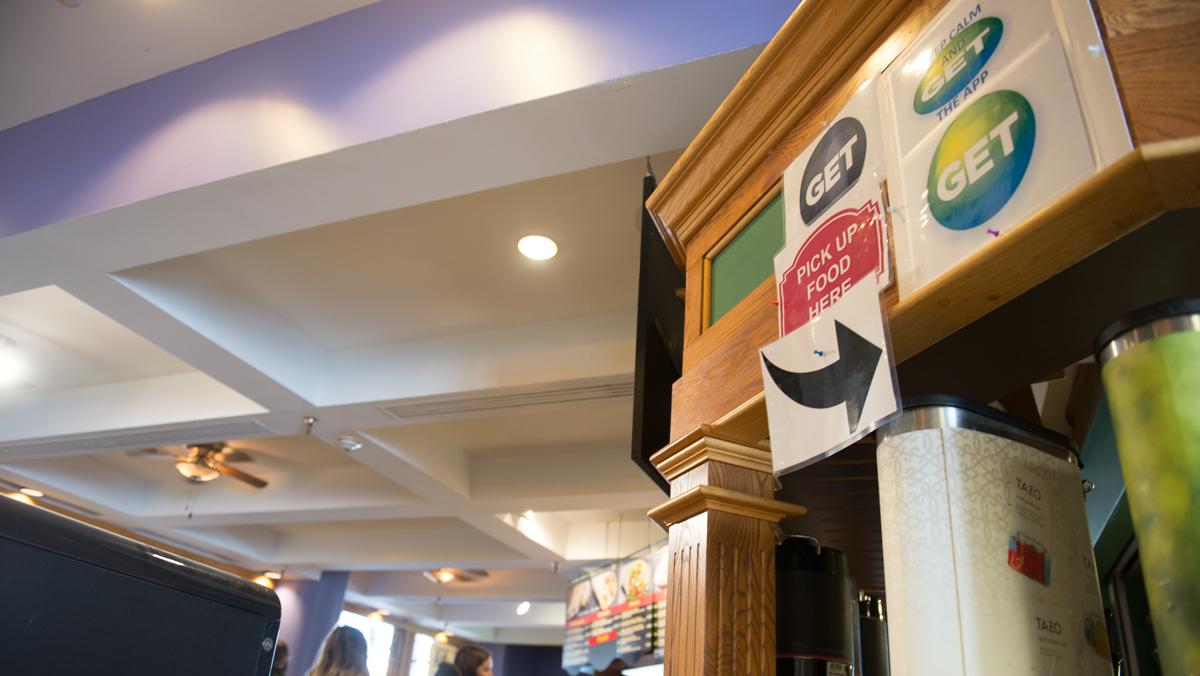 To keep up with the changing technologies in food industries, Ithaca College Dining Services recently introduced a preorder feature to the GET app for Sandella’s Cafe in IC Square.

The GET app allows students to track how many bonus bucks, meal swipes, guest passes and ID express dollars they have on their account. Starting this semester, students have the option to order and pay for food on the GET app and set up a time to pick it up at Sandella’s without ever going to the cash register. The feature is open to all students, faculty and staff that have an Ithaca College ID. Food that is preordered can be paid for ahead of time using a credit card, ID express or bonus bucks.

Jeffrey Scott, director of dining services, said it would be quicker and easier for students to pick up an order and take it with them if they preordered their food.

“A lot of restaurant chains and coffee shops now obviously offer preordering and prepay for convenience of their customers,” Scott said. “We know that that’s becoming more of an expectation of our consumers.”

Scott said the feature would eliminate some of the crowding he has noticed in the Campus Center retail and dining hall areas on Tuesdays and Thursdays. To fully fix the crowding, Scott said an expansion of IC Square in the future would be ideal, but for now, the app will help to lessen the problem.

Scott said the college approximately $7,000 to install the hardware and software to offer the GET Food app at Sandella’s.

“What’s kind of nice and what we feel good about is in most cases, small investments in technology can have a great yield and can have a great impact,” he said. “They’re pretty quick to implement versus structural changes.”

Sandella’s has added one 24-inch screen to the preparation area for staff to see orders coming in, Scott said.

Supervisor Bill Ayres said the workers have not had to make many adjustments due to the new feature. He said the biggest changes were the time element and the staff’s ability to complete the orders by a specific pickup time.

“I think it’s a great idea,” Ayres said. “The only problem I have seen so far is they’ll come in and want to order it on their phone and want to pick it up right away.”

He said he has not been receiving a lot of orders from the app so far.

“I haven’t seen a big trend with it yet,” Ayres said. “It’s kind of slow–moving right now.”

Scott said he has featured the app on Intercom, social media and advertisements in IC Square and Campus Center Dining Hall. He said staff is handing out cards to promote the program. On Jan. 29 and Jan. 30, there were about 10 to 12 orders a day, Scott said. He said he hopes to eventually get 40 to 50 orders a day.

“Like any new thing, one of the challenges is just getting the word out,” he said.

While waiting in the pickup line for food at Sandella’s, junior Nnebundo Obi said she had no idea the app feature existed.

“I would use it,” Obi said, “It sounds really convenient.”

“We’ll kind of evaluate the use, the satisfaction and then we’ll look to the future to see if we can identify other sites that maybe we would add the service,” Scott said.