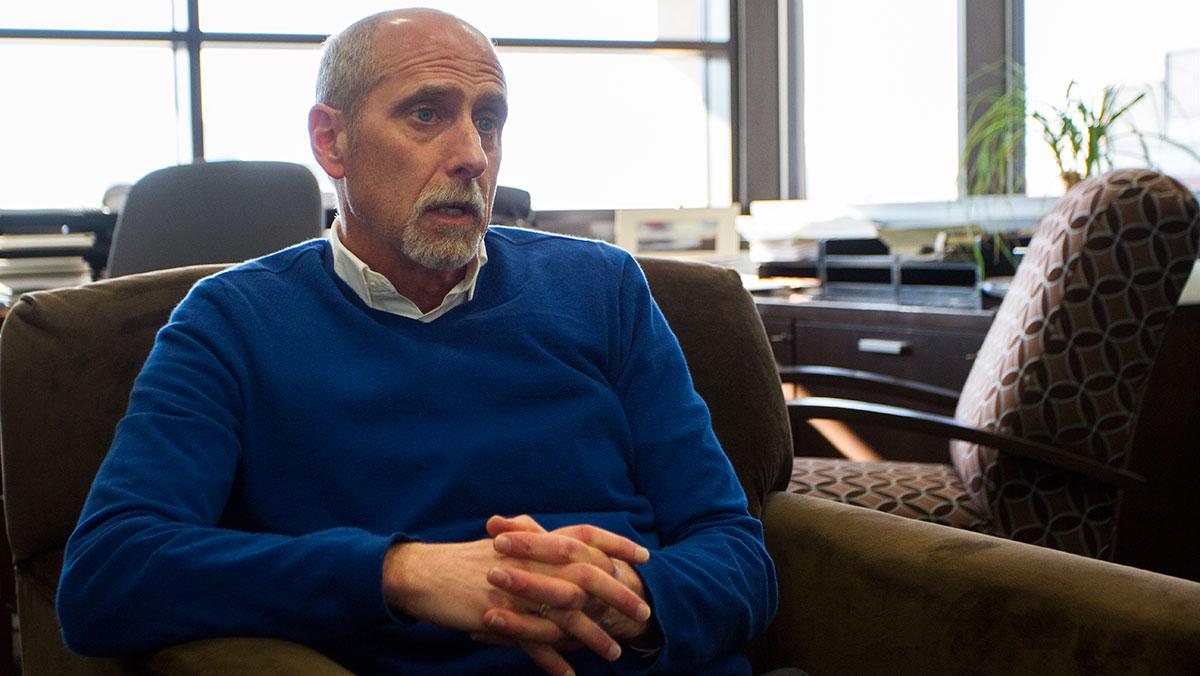 The Ithaca College administration is expanding its resources to aid more cases of students at risk.

The Assisting Students at Risk initiative, housed in the Office of Student Affairs and Campus Life, was founded in 2008 and is entering a new phase with the initiation of a behavioral intervention team led by caseworker and new hire Christina McMahon, who began her work at the college Jan. 26. This team will include key representatives across campus who will meet regularly to discuss and implement strategies dealing with individual situations, fighting mental health stigma on campus and improving campus communications.

“The idea was to create this office as a central place to be able to share information from community members from the students, faculty and staff who have concerns about a student … and for this office, in turn, to be able to do some outreach to see if that’s an isolated situation or more of a pattern of behavior and to identify the most strategic intervention strategies,” Rothman said.

Rothman said McMahon’s position will provide an important addition to the ASR because she will now be handling the reports as well as leading the behavioral intervention team.

“Ultimately there will be a lot coming out of this area in terms of more intervention and interaction with students, more education and outreach programs and the work of the Behavioral Intervention Team,” he said. “So that person has to establish relationships with all the key constituents on campus to grow the program over time.”

McMahon said she was excited to begin her new role as case manager in the Office of Student Affairs and Campus Life.

“With my background in psychiatric social work, I hope to be an especially strong advocate and ally for those students who may be struggling with mental health issues,” she said. “I want students at risk to engage in a partnership with me and feel comfortable processing any stressors or barriers that may be negatively infringing upon their student experience.”

An intervention situation begins when Rothman’s office receives a report, often from faculty saying a student has missed class or expressed distress. After receiving the facts, the office gathers information from the residence director and Office of Public Safety and Emergency Management records and will look to a person who has a relationship with the student, most often an RD but sometimes a faculty member or adviser, to check in with the student and report back to the office.

Deborah Harper, director of the Center for Counseling, Health and Wellness, addressed the possibility of students feeling an invasion of privacy and said though there may be some students who feel their personal lives are none of the school’s business, from her understanding most students appreciated the gesture.

“I don’t think the feedback that I’m hearing is that students don’t like this or feel intruded on, but they feel like someone cares,” Harper said.

Harper said the expansion of the initiative was important in keeping up with best practices nationwide, which now include a team that meets on a regular basis and having a dedicated case manager.

“Over the years you realize how much support is needed,” Harper said. “The population is changing — needs are greater. People feel more anxious and want to get help. The institution wants to provide the resources for students to be able to be successful and stay here.”

Recently, the Center for Counseling and Psychological Services posted a syllabus insert about mental health in support of the ASR initiative to Intercom that was subsequently updated to include a section about sexual assault. Harper said after a faculty member reached out to the ASR initiative with questions about what to do in cases of sexual assault, the team decided to update the insert with specifications about this scenario.

“What’s coming along now is a lot of attention to Title IX,” Harper said. “Is there information and education in the college community around resources if you’re sexually assaulted? So I think it’s kind of fresh on people’s minds. To say that we’re a confidential reporting place is not new, but in the climate where people are talking about who do you report sexual assault to, it probably is a good thing to emphasize that this is confidential.”

McMahon said the ASR plays an important role in supporting students in need of resources.

“The assisting students at risk initiative truly empowers the entire campus community to take notice of those students who are struggling, whether it be academically, socially or emotionally, and access that student immediate help,” she said.