Vanessa Diffenbaugh is the author of “The Language of Flowers,” a book that incited a nine-way bidding war in 2010 for publishing rights that eventually sold to Balantine Books for $1 million. 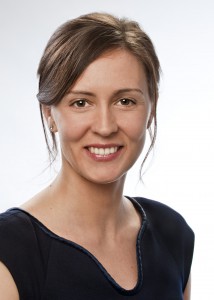 Vanessa Diffenbaugh is the author of “The Language of Flowers,” a New York Times Best Seller. Courtesy of Ballantine Books

Chief Copy Editor Marissa Smith spoke with Diffenbaugh about the novel, her plans for the future and her work with Camellia Network, a nonprofit that supports recently emancipated foster youths.

Marissa Smith: Could you tell us a little about your inspiration for the novel?

Vanessa Diffenbaugh: I’ve been a foster parent for a little over five years, and I really was inspired by my experience working with kids, and specifically kids that have had a lot of trauma going on in their life and have never experienced positively loving or attaching to another person. I really wanted to write a story about a character like that and of overcoming that experience.

MS: We see a lot of the main character’s past but when it comes to the story of Elizabeth, her foster mother, we don’t know as much about her. Did you find Elizabeth’s story as a foster mother less rigorous and compelling than Victoria’s?

VD: Even though I would’ve loved to tell a lot more about Elizabeth’s background — and I am a foster parent and in some ways that character was easier to write — by deciding to write the novel in first-person, I was really limited to how much I could go into her personal story because I could only really tell what Victoria knew.

MS: I noticed throughout the novel that there’s a strong emphasis on motherhood. Did you also find it important to focus on paternal relationships?

VD: It wasn’t really intentional. I don’t have a lot of men in the book at all. But I guess for me, that was the most interesting part of the story, that journey of both trying to find a mother and be a mother.

MS: Did you always want to write a novel?

VD: I wrote my first novel in second grade. My second grade teacher let me get out of spelling every day and write for a full half-hour so I have a very full manuscript from that year. I always wanted to write a novel and when you really sit down to write your first novel, you try to figure out the story you have to tell and because of my experience, that was the story I had to tell.

MS: Is there anything you wish you could include in the novel that you left out or have learned since?

VD: I’ve edited the book a thousand times but still want to change the actual language at times. But in terms of content, not really. I’ve gotten some really great feedback, specifically from young people who’ve grown up in foster care. And actually, I’ve met a lot of people from the ’50s and ’60s that were in foster care that felt like I really captured that experience and so I don’t think I would change much about the content.

MS: Were there any flowers you were really shocked to learn the meanings of while working on the novel?

VD: I was very shocked about hazel. It means hate, which is shocking because it’s a plant we ingest on a near-daily basis. It’s horrible to think that you’re ingesting hate. The reason behind it — every time I came across a definition I had a hard time with I tried to look up the history of that definition, and now there’s a book out that’s a companion to mine called “The Victorian Flower Dictionary,” and it actually has the history of a lot of these definitions — is that for hazel, the Victorians gave it that name because the white flower of it looks like the head of a basilisk, which is a mythological serpent that could kill with the hatred in its eyes.

MS: You run a nonprofit called the Camellia Network. Could you tell us a little about it?

VD: Camellia means “my destiny is in your hands,” and the idea behind Camellia Network — and you can go to CamelliaNetwork.org — is that the more I talk about my book and travel around and meet people, the more I hear over and over and over again, ‘I didn’t know this was happening.’ This being that 20,000 kids are emancipated from our foster care system every year and often have absolutely nowhere to go like Victoria does in my book. And 25 percent of them become homeless within two years. So it’s this really blatant tragedy that’s happening in our society and people just say to me, ‘I didn’t know this was happening and what can I do about it?’ So with Camellia Network we’re really trying to give people a way to get involved with this issue, even if they can’t become a foster parent.

MS: What’s your next move? Can we expect to see more from you?

VD: I definitely am spending a ton of time on my nonprofit because I think that I absolutely am a writer and am passionate about doing that, but I also think this book has given me a platform to try and affect change in the other area I’m passionate about — which is kids and social justice. I’m not rushing; I’m really taking my time to get this nonprofit off the ground. I do have another book in progress, but I think it’ll be a few years.