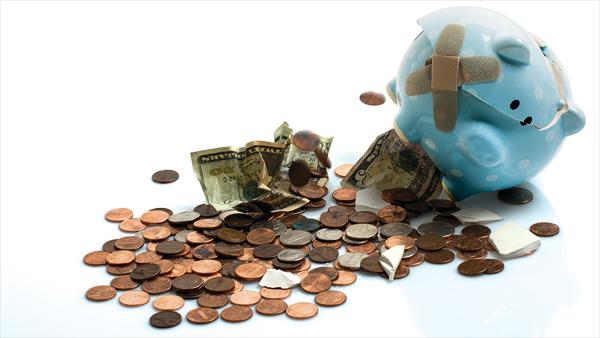 College students might have taken calculus and trigonometry in high school but oftentimes haven’t been taught how to balance a checkbook or budget their money.

Numbers involving student loans and college finances have increased exponentially in the past couple of decades. Twenty million Americans attend college each year, and of that 20 million, 12 million, or 60 percent, borrow money to defray high costs, according to the Chronicle of Higher Education. Student loan debt in the U.S. now totals more than $1 trillion, which means students — and their parents — are borrowing more and more to finance college educations. In light of these debts, many students are focusing earlier and earlier on managing finances and preparing for post-graduation life.

Alka Bramhandkar, professor of finance and international business, said most college students are not prepared for the “real world” of finances they will face after graduation. Bramhandkar teaches Personal Financial Planning and Wealth Management, which is meant to help students by covering topics like budgeting, cash management, credit cards and taxes.

“I encourage students for the first four weeks [of the class] to maintain an expense diary, and then write their reflections: Did it match what they thought they were spending their money on?” Bramhandkar said. “And they’re quite candid and honest with [it]. They’re surprised to find that they spend more than they thought they were, a natural thing that most of us do.”

The Ithacan conducted a survey about student spending over a two-week period. As of Wednesday, 215 students participated in the survey. Of the students surveyed, 34.4 percent said their finances highly concern them, and 37.7 percent said they have less than $25 of spending money each week.

Sophomore Canon Brownell said this semester he has been tracking all of his expenses to see where his money is coming and going.

“It’s a bit more work … that’s been really helpful, and it’s a way to improve where my money’s going … I’m not overspending, I’m not being too incredibly frugal though, so I’d say I’m keeping a balance,” Brownell said.

Most students spend their extra money on food, according to The Ithacan survey, followed by entertainment such as movies, concerts and then transportation. Books and school supplies were on the bottom of the list.

There are multiple ways that students can save in college: sticking to a budget, keeping an expense journal, buying or renting used textbooks, paying in cash and lastly, taking advantage of free events on campus.

Junior Katrina Thoene, who lives off campus, said rent and utilities are the majority of her expenses, followed by food and gas. She said saving for the future isn’t a priority for her. However, she said she does save short-term for rent and living expenses.

“Right now, I don’t make enough money to really save for the future,” Thoene said. “Also, with the career path that I’ve chosen, physical therapy, it’s a very secure job choice, so I know that when I graduate, I will get hired … so I’m not really worried about having the money to pay back student loans, which is a nice thing.”

Bramhandkar offered tips on how students can be more financially savvy in terms of paying for higher education. He said students should view college debt in relation to how much they will earn after they graduate and enter the workforce.

“When they declare their major and choose to take on the debt, they need to keep their eyes focused also on how much money they could possibly make and whether it’s even possible for them to make the loan payments when they come due,” Bramhandkar said. “Different majors get different starting salaries, so be a little bit conservative and say, ‘if this is my starting salary, and I have to start making my loan payments within six months of graduation, am I going to be able to live off the remaining money?’”

Kelli Grant ’04 is the senior consumer reporter for MarketWatch and covers anything finance — personal finance, consumer spending — and contributes to the Wall Street Journal. Grant said college students aren’t as aware of their finances as they should be, and the lack of awareness creates problems for the students after graduation.

“They’re just getting used to creating a budget, and they suddenly have all these expenses that before maybe they weren’t paying for directly, it was something that their parents had paid for — housing and food, car payments, student loan payments. It’s a lot to suddenly juggle,” Grant said.

Junior Hannah Keenan said buying her own food is one of her biggest expenses, but saving money for the future is a priority for her.

“I like to travel, so that’s mainly why I save my money, so that’s my big concern,” Keenan said.  “And paying back student loans because it’s outrageous.”

Grant said college students need to think about trying to reduce their student loan debt before they graduate, like getting a job on campus or borrowing less, and think about future employment.

“Student loan debt is definitely overwhelming  — it was even for me when I graduated … but I think the big thing for most students is to really focus on making the most of your education so that when you graduate, you have done everything you can to find a job in your field,” Grant said.

Grant said college students have to prepare for the tough job market that awaits them after graduation and try to reduce student loan debt as much as possible. According to an article on MarketWatch, the unemployment rate for young adults between the ages of 18 and 29 is 12.5 percent.

“You have to think about how competitive that job market is, and you know, if you are already in school, you have probably already taken on your student loan for that year,” Grant said. “You can try and take fewer of them next year by any way you can, but in the end, your best recourse is going to end up being getting a good job so that you can afford to make those loan payments.”