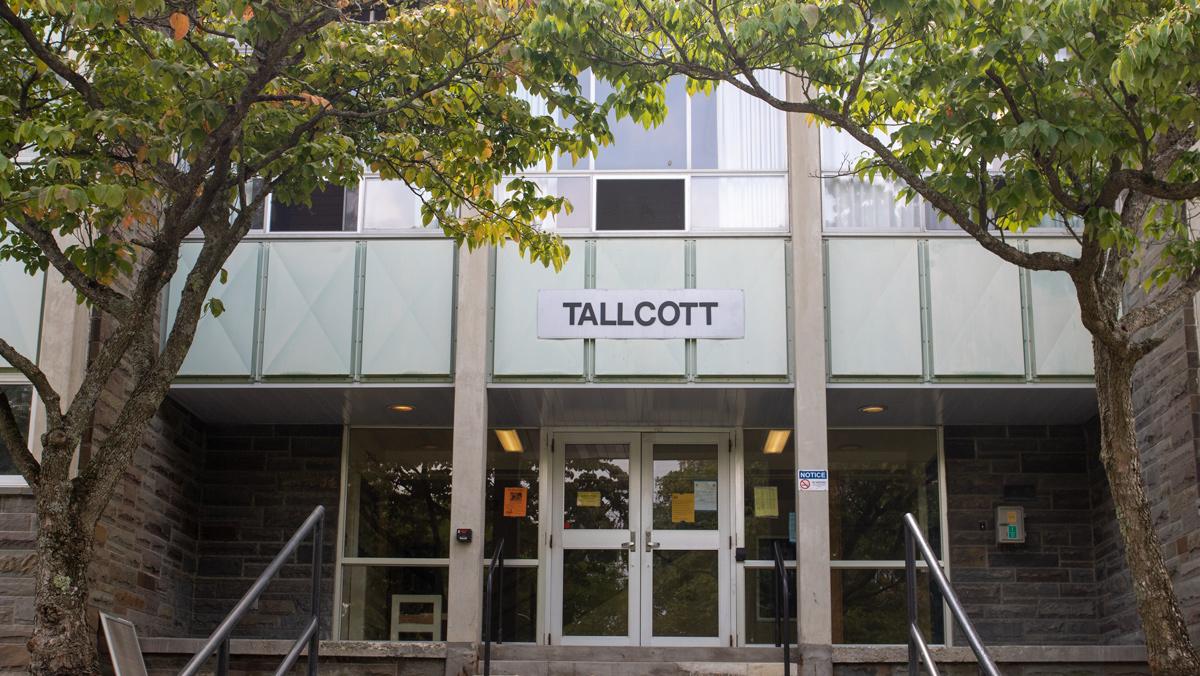 Julia Cherruault/The Ithacan
Residents of Tallcott Hall were evacuated around 1 p.m. Dec. 9. because of a fire caused by a vape pen that was charging in a students laptop.
By Ashley Stalnecker — Staff Writer
Published: December 9, 2018

A vape pen charging in a laptop computer in Tallcott Hall caused a small fire in one of the first floor dorm rooms around 1 p.m. Dec. 9.

The building was temporarily evacuated, but at approximately 1:45 p.m. students were allowed to return to the building, said Tim Ryan, assistant director of Environmental Health and Safety.

Ryan said the fire was put out by a public safety officer from Office of Public Safety and Emergency Management using the building’s fire extinguisher. Then, the fire department responded and used extinguishers as well to ensure the fire was completely suffocated, Ryan said.

In the room, the laptop, charger and vape pen were damaged, Ryan said. He said the desk in the room will also be replaced due to damage.  He said he is unsure if the fire will be considered accidental. According to residential life policies on damage billing and appeals, students are responsible for any damage that occurs in their rooms, and students must pay to replace or repair any damages done to furniture in the dorm.

Ryan said that around 2 p.m., the room, covered in powder from the fire extinguisher, was being cleaned and later the desk will be replaced.

The students living in the room were not there at the time of the incident, but they were notified by a neighboring student that their room was on fire. The student who owned the laptop and vape pen said Public Safety called them to ask questions about the vape pen. They said they had left the room with the vape pen charging in a desk drawer.

The student told Public Safety that they purchased the vape pen from a student whose name was given to Public Safety officers to further investigate the situation. Vape pens have been known to start fires in the past, often due to a malfunction in the batteries. Previously, the college has banned items from campus that have suffered from similar malfunctions. In 2016, the college banned hoverboards in residential halls because of their reputation to catch on fire and explode.

The student said that once they are allowed to go back into the room, they will have to wash some personal items, but otherwise there is no damage to other possessions.

“I’m trying to figure out if I should tell my mom because she will blow up,” the student said.