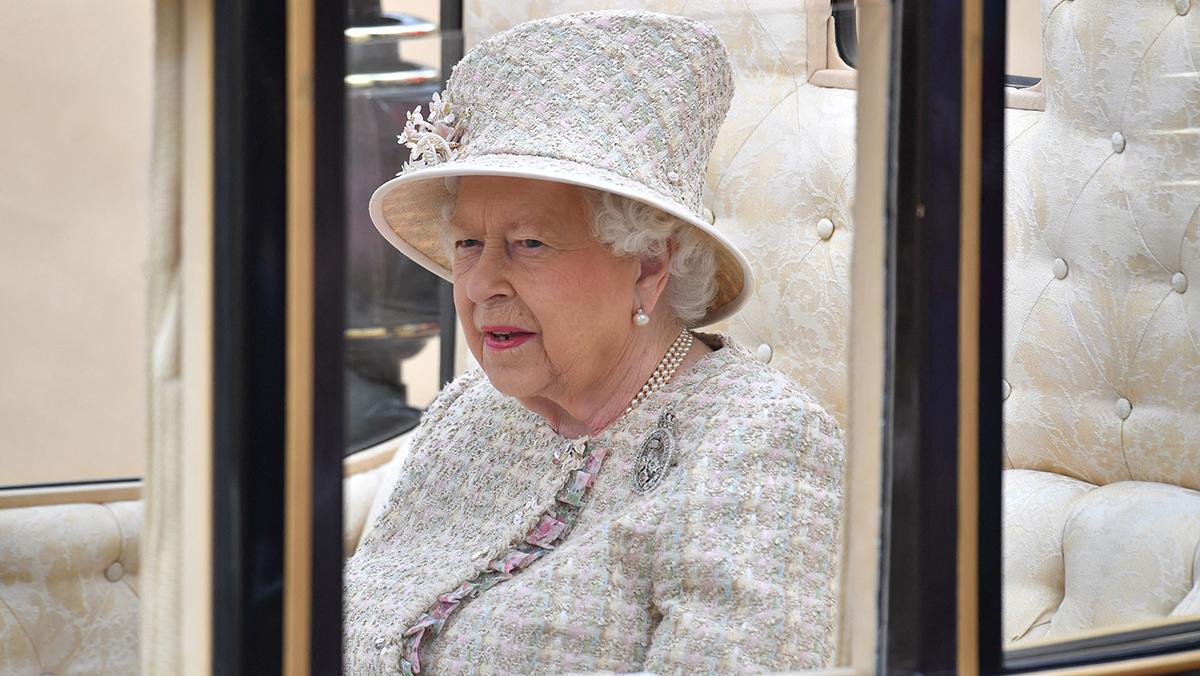 PA Photos/Tribune News Service
Queen Elizabeth II died at 96 years old Sept. 8 from a decline in health and is known as the longest reigning monarch of the British Empire, having ascended the throne in 1952, according to the Associated Press.
By Vivian Rose — Contributing Writer
Published: September 14, 2022

Notifications across Ithaca College’s campus in the afternoon of Sept. 8 all had the same message as professors, students and faculty opened their phones to the same headline: Queen Elizabeth II has died.

The queen died at 96 years old from a decline in health and is known as the longest reigning monarch of the British Empire, having ascended the throne in 1952, according to the Associated Press. The queen died surrounded by members of the Royal Family at Balmoral Castle in Scotland, including her son, Charles III, who is now the king, according to CNN.

The role of the Royal Family is to host and attend international and domestic events like prominent funerals and festivities and to act as diplomats for the nation’s foreign ties. The Parliament has held governing power since the 18th Century and the reigning king or queen has no role as a political figure.

First-year student Indiya Bennett, an international student from Wales, said she respects the queen for being able to modernize British royalty.

“The few female monarchs that we have had in our history have made significant impacts on Britain and Her Royal Highness is no different in this,” Bennett said. “She adapted to the rapid changes the world has seen in the last century and evolved the monarchy into something that will stand the test of time for at least a little longer.”

Meghan Callahan, director of the Ithaca College London Center (ICLC), said she observed many Londoners flock to several of the U.K.’s palaces to pay tribute to the loss of the queen.

“There have been a variety of reactions,” Callahan said. “Some people went to Buckingham Palace upon learning of the news, others have gone to Windsor and other palaces to put flowers and notes at the gates. The image of the queen is displayed on digital billboards, the Tube and all over the city.”

Callahan said there are many mixed emotions among the citizens of London, as some people choose to mourn and pay their respects, while others are choosing not to. Callahan said those that are not mourning the death of the queen dislike the Royal Family because of its history of colonialism and oppression.

As for students at the ICLC, classes are canceled for Sept. 19, the day of the queen’s funeral. Junior Becca Blacksten is at the ICLC for Fall 2022 and said via text that she has ambiguous feelings toward the death of the queen.

“Signs are up everywhere and many stores took down their window displays, but not much else,” Blacksten said via text. “You cannot tell anything is different in most of the city. There is no extra traffic in Chiswick, where I am. But go to Westminster or closer to Buckingham Palace and you can’t see a single road that isn’t stopped up.”

First-year student Cordelia Gilbert, an international student from London, said she is not mourning the death of the queen. She said many people, like herself, do not see the equity of people not having enough money to heat their homes in winter, while a large amount of government money will be used to fund the queen’s funeral. According to the British Parliament, state funerals and funerals for royal figures are paid by the British government in part from taxpayer money. The report states that the funeral cost for Princess Diana in 1998 was more than three million pounds.

“I was raised in an anti-monarchy household, and I don’t support the actions of the British monarchy, so I was not as upset as other English people may have been,” Gilbert said.

Gilbert said she was on the phone with her parents when she heard the news of the queen’s passing and had instant information about what was going on in her home city.

“My parents told me that all the radio and TV had stopped and the only broadcasts showing were the news,” Gilbert said.

According to Bloomberg, the entire nation has paused a range of governmental functions from aspects of their economy to meetings in Parliament as the country undergoes a 10-day mourning period for the queen. According to Politico, the London Bridge Plan is the plan detailing what will happen in the days after the queen’s death. The plan says the queen’s body will be moved to different places around the U.K., including Buckingham Palace and Westminster Hall until her final resting spot, in St. George’s Chapel at Windsor Castle.

First-year student Emma Dessureau said she feels this is an important historical moment.

“I won’t argue that she was a good person, but on the front of why people are mourning, I think that’s the interesting thing about a monarchy versus a presidency,” Dessureau said. “We don’t care about the presidents after their term; once they’re done, they’re done. However, the British have had Queen Elizabeth as their queen for 70 years, so her passing is a big deal for Britain.”

Bennett said she thinks the queen should be mourned and respected despite people’s beliefs about the monarchy.

“I am aware that many are not sympathetic over the death of Her Majesty due to the strong colonial ties she and the royal family has,” Bennett said. “I understand these people’s frustrations, but I think it is important to note that we will never fully understand her. It is always easier to shout ‘stop’ at something troubling rather than to act upon it, and maybe Her Majesty could in fact do neither for many possible reasons.”