City of Ithaca raises parking prices by 50 cents an hour 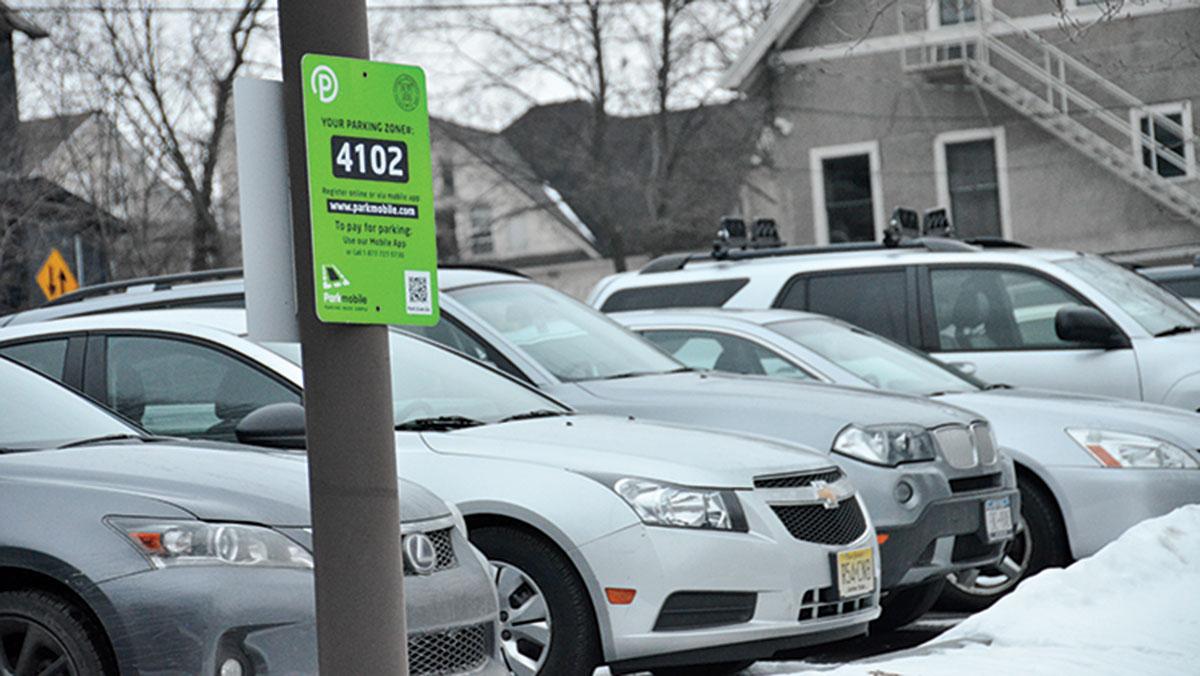 Accompanying the changes with parking meters, parking prices will increase throughout the city of Ithaca. However, people in Ithaca will no longer have to find loose change in order to pay for parking.

The City of Ithaca plans to take out the 900 parking meters that line the streets of Ithaca and install new pay-by-phone parking machines within the next three to four weeks. In addition to the new machines, parking rates will increase from $1 to $1.50 per hour. The city hopes to have 23 new parking stations in by mid-March and a total of 60 by June.

Once the new meters are in place, the city will re-evaluate rates for different parking zones, which will be determined depending on the turnover, or traffic, in each zone, Parking Director Frank Nagy said.

“We want the cars in downtown and collegetown to turn over as many times as we can,” Nagy said.

Patrons will pay by typing their license plate numbers into the machines. When they plug in the information, they can pay with cash or credit card and can also enter their cellphone numbers. Fifteen minutes before the parkers’ time expires, they will be notified by text and, if needed, they may request more time, City Chamberlain Debra Parsons said.

“If I’m in a restaurant eating lunch and it takes a little longer than anticipated, then I get a notification that my parking is about to run out. I can add more time to it without risking getting a ticket or leaving my lunch,” Parsons said.

This plan has been in the works for about five years, and $100,000 have been saved by the Common Council for the project, Parsons said. In order to carry it out, Parsons said the city hired Nagy to be the parking director. Nagy said one of his first goals as parking director was to update to current technology.

“When I got here, we looked at the technology that we had, and one of the goals of when I was hired was to bring the City of Ithaca into the 21st century,” Nagy said. “Right now, we’re dealing with lollipop meters that were designed and made in the 1940s. Things have changed.”

Prior to the creation of this plan, parking situations were handled by multiple city committees, Parsons said.

“Some fell under the police department, some under the department of public works [and] this office was involved because we collected the money and the coordination was by committee,” she said. “While I won’t say it was totally broken, certainly no one person had the time and the focus to devote to parking.”

After installing the pay-by-phone system, the city hopes to continue to advance the technology and to have a system like that of Cornell University’s PayMobile by the end of this year. In Cornell’s system, drivers create an account with the program and can download a parking system app. Then, the driver can park in the city’s different parking zones and plug the zone number into the app to pay for parking, like a virtual parking permit, Amy Ross, manager of parking systems and communications, transportation and mail services at Cornell, said.

“You can pay by PayPal, you can use Google Wallet, you can use MasterCard, Visa, American Express, you can pay in ways that we would not normally accept payment,” Ross said. “It’s really easy and especially for students. We find that they’re big users of the system.

With the new parking installments downtown, the city will be able to collect data on the parking habits of patrons. When anyone parks at a parking machine, the city will know how many times the spot was used, Nagy said.

“The biggest challenge with the lollipop meter is that someone puts quarters into it, and you have no control over knowing how many hours that actual parking space produced revenue,” he said.  “There’s no detail to it. All you know is how many quarters you took out of it.“